The 5th Wave, title alone, already pisses me off. I really wish it was spelled out as Fifth, and not the number. That is a minor complaint.

The title itself just comes with so much weight to it though. We are already on the 5th wave? Man, we just started though. That means four other waves happened and we need to catch the fuck up so we can be prepared for the next one.

I have been told it is decent book. It is a planned trilogy with the last one coming out this year. The producers liked it, one of them being Tobey Maguire, and signed it to a trilogy of films!

And you know what else? This is a quote from a critic. This is what the series should do. It “should do for aliens what Twilight did for vampires.” Oh god. Oh god no. 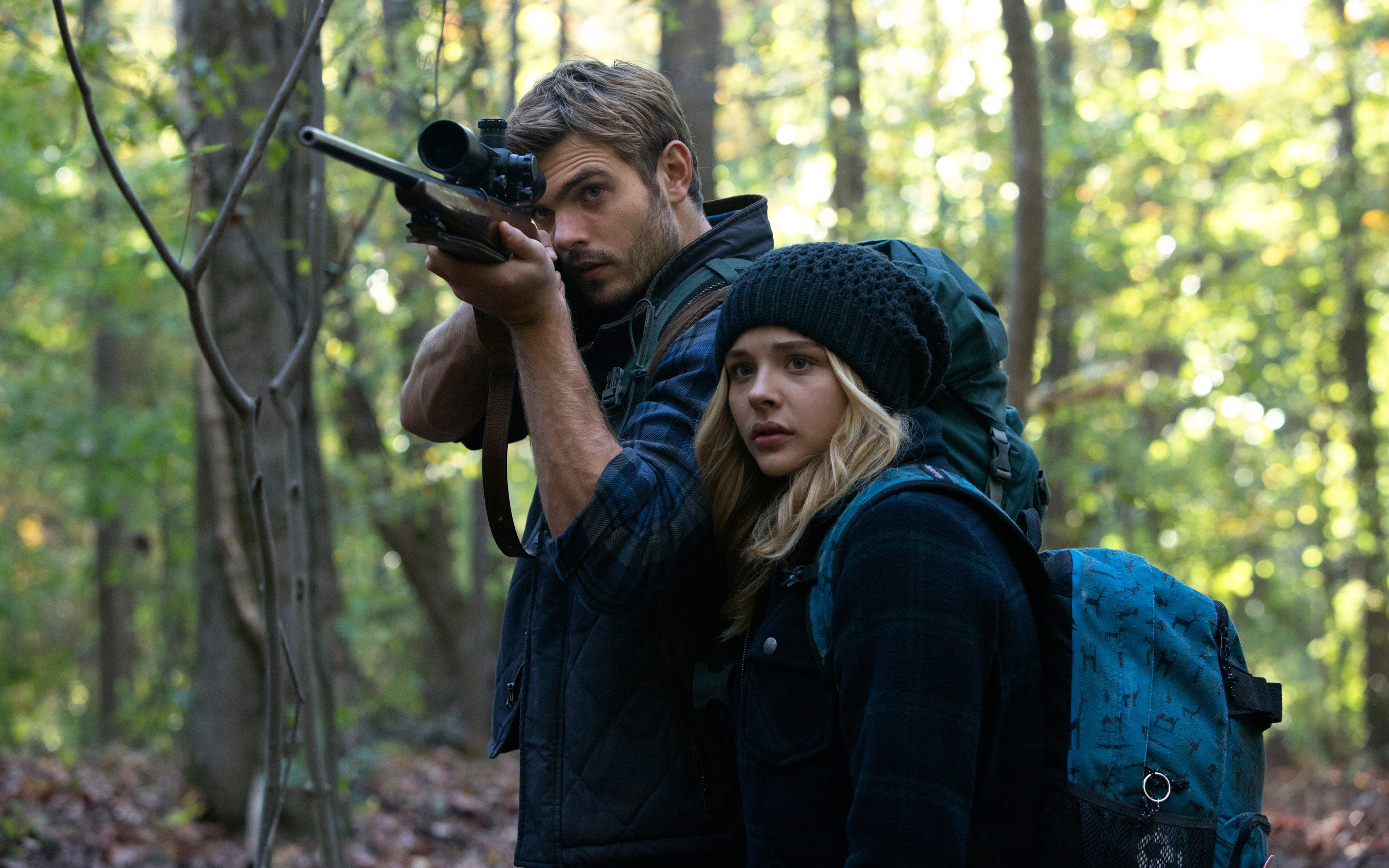 Let’s get this done with. Aliens appeared. Circled the globe in a big ship. Then after awhile, all electricity stopped. Anything with a motor, all of it. That was wave #1. The 2nd wave was massive flooding caused by earthquakes. Took out most coastal cities and lakes also boiled over. The 3rd wave was a modified avian flu that took out tons of people. Most people who caught it died. The 4th wave involved the aliens taking over human bodies like parasites. Apparently they still look and act human but you don’t know who is out to get you!

Our hero is Casey (Chloe Grace Moretz) who used to be a normal high school girl. She had her crush on Ben (Nick Robinson), a BFF Liz (Gabriela Lopez, who I will say is barely in this movie, but I can’t imagine her not coming back eventually and I want to say I called it by tagging her in this review), loving parents (Ron Livingston, Maggie Siff) and little brother Sam (Zackary Arthur).

Eventually, shit goes bad, and Casey is alone. Her brother Sam was saved by the army, thankfully. That Colonel Vosch (Liev Schreiber) sure is a swell guy. Of course he is taking the kids to train them into soldiers to battle the Others (aliens!), where the 5th Wave is allegedly a full on attack. Oh boy.

Thankfully Casey runs into Evan Walker (Alex Roe) Mr. Farm Boy dream man, who saves her from dying alone on the highway. Turns out she is allergic to bullets. He has a thing for her, so he wants to help her get to the army base and reconvene with her brother. They just have to make it 60 miles on foot with alien snipers everywhere.

Also starring Maria Bello as an army person, and Maika Monroe as a fellow child soldier who would have bad ass tattooed on her actual ass if it wasn’t sexist.

The 5th Wave wasn’t very good. It could have been good. It had an interesting premise. I won’t say it was ruined only by teenage angst. No, there were a lot of issues, and teenage angst on its own is not an issue.

Plot wise, so many things occurred in the film due to poor decisions or badly explained reasons. How did Casey get separated from her parent and brother? Because of shit plot. Specifically when she was separated from Sam, it was one of the most badly done things I have ever seen. So much that it didn’t even make sense for her to get left behind. Aliens involved or not, the way they filmed it couldn’t have been more ridiculous.

After the introduction, we have two main plots. Casey on her own, and the training facility for kids. That is where we get to see high school crush Ben and her brother. Almost everything involved with the army base is cringe worthy. I think part of it is supposed to be, because they aren’t real soldiers, just kids. But it comes off as just awkward and stays that way. Only half the scenes with Casey are cringey, and unfortunately it is all of romantic interactions between her and Evan. Now, as a straight adult male, I can definitely see why Alex Roe was picked for Evan. He is dreamy and has facial hair and a somewhat slightly athletic build. But the chemistry between them is just awful.

A lot of the plot happens off screen it feels like. Like the 60 miles of traveling that the two apparently hiked through the woods relatively quickly. Or even worse, one aspect of the finale involving bombs. One of our characters apparently puts on a God Mode cheat and they become an invincible plot changing character, doing all these amazing things with ease, just to end the current conflict. The bad guys don’t even act bad in this film. Everyone is all talk and nothing terrible seems to happen, outside of the one “shocking” moment early on. All the twists are obvious and the film ends at an okay point, but not with a whole lot resolved.

They did have tsunamis in this film though. You remember the 2nd wave. They looked pretty realistic though, it was appropriately scary and cool, so I liked that. Bello’s random character had a lot of intensity to it, so she also surprised me. But everything else about this new teenager sci-fi/fantasy romance film series is forgettable. We all make mistakes sometimes, Moretz.