Well, I should have seen that coming. Afterall, thinking of video game movies that aren’t lame is hard to do. The plot of Tekken is kind of like the game, Tekken. Kind of.

Some character lines (Heihachi, Kazuya, Jin) make sense, while others with characters from the game’s stories are completely ignored. One woman fighter is supposed to be the mom of another fighter, but they don’t interact at all with each other, and her son is older than her. Whoops?

Although it had the brazillian Eddie and Yoshitmitsu, I was sad to not see Jack, Paul, King, etc. Probably because I haven’t played since Tekken 3. 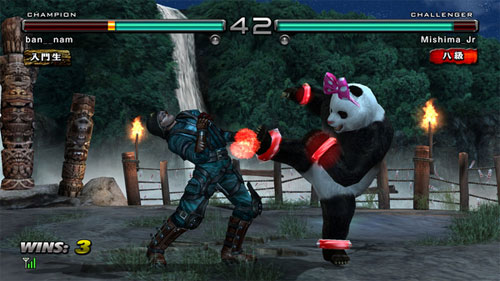 Or the best Tekken character ever, PANDA!

Finally, even if it wasn’t based closely on the game, the movie was a mess. The whole tournament arbitrarily kept changing, never knowing actually how the rounds ended up working. Oh suddenly we are at the finals? Okay. Why is this person in the movie and never shown to fight? Whatever. Tournaments should be simple to follow. Not random. Easiest part in the movie to make simple.

Did I mention the plot was stupid too? The game has so much plot in it, everyones storyline, but it kept changing things. Fighting games that work on a story line are some of the easiest to convert and explain. All fights have a reason and what not. Oh well, where is my Soul Calibur movie? Complete with more Yoshimitsu of course. 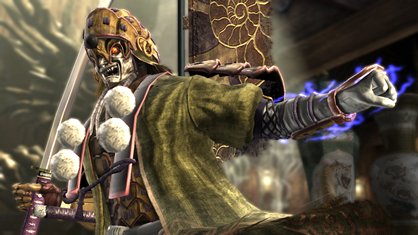