Yay, a sequel! I literally don’t know a single movie about step dancing other than these two. The first one, Stomp the Yard, I didn’t know was about stepping until I saw it. It was okay. So of course I was excited for the sequel, Stomp The Yard 2: Homecoming. Sequels to dance movies are always bigger and badder, with sweeter movies and, well, shittier plots usually.

So hopefully, it is sexy. Because if not, I have a whole bunch of other never heard of dance movies to get through to find the secret amazing one.. 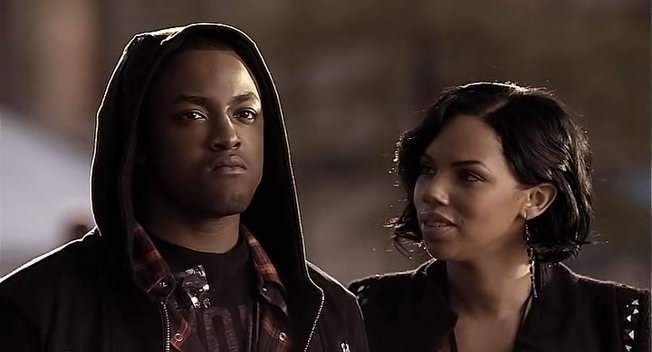 Holy crap, this guy has a weird face in this picture. How unfortunate.

Well, DJ from the first film has long graduated. Despite being made a few years later, this actually occurs many years later. The thetas are on another losing streak, and they are the number 2 team, again. How familiar. This time, Chance (Collins Pennie) is their new recruit in training! He doesn’t have as many cool new friends as DJ either, so he is really the only guy that matters. He for sure wants to step too, unlike DJ, despite both originally being street dancers. Oh yeah, Chance isn’t as good as DJ. We see him lose his first battle. He just isn’t that good.

But he will be the hero. Sigh.

Good news about Truth University. They get to host this years national tournament, so they don’t have to travel, I guess. Even better, for the winning team of the tournament, their whole team will receive free scholarships to their university. What? How does a national tournament about step dancing have that sort of dough or like…ability to just do that? I got nothing.

There is some random drama. Chance’s uncle (Keith David) runs a restaurant and wants him to work on Homecoming weekend! Despite the fact that he could win free college. Oh yeah, Chance wants to add more modern hip hop dancing to the step dancing. That sounds similar. 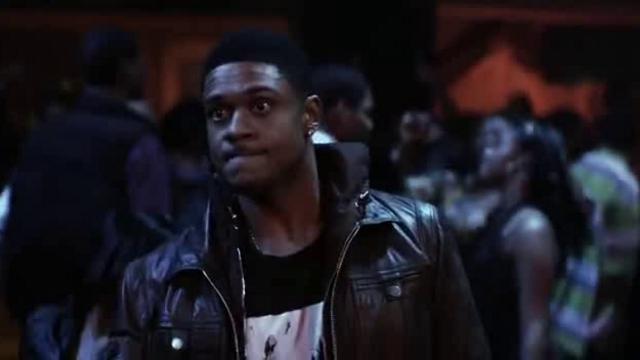 So much similar. So much the same. Yet oh so different.

Let’s see, the plot for this movie, although similar, is a lot worse. The whole movie is darker. No, not skin color. No, not evil. Just literally darker, like they added bull shit filters.

The dancing is a lot worse. The ending was more painful to watch than anything, as their final final performances lacked like, any actual stepping. Just a whole bunch of weird ninja and weird shit. What?

Columbus Short from the first film made a cameo, that was cool. What wasn’t cool was everything else. This movie barely had any dancing, let alone stepping in it. Pitiful plot, poor drama, shitty acting for everyone. Even Keith David. Poor Keith David.

So much shit. So much worse than the first movie. So much fucking disappointment.