I was relatively excited going in to watch Star Wars: The Last Jedi, even with them deciding to drop the iconic episode numbers. For Star Wars: The Force Awakens, it was clear it was a step in the right direction, even if it wasn’t too original. And Rouge One was great.

But the people who let me see things early switched to a different PR company, specifically to the one company that I didn’t have. I found out late November when the change occurred, which made it clear that I wasn’t going to be seeing Star Wars 8 early at all. And at that point, all the pre-sale tickets had already happened for early showtimes.

So if I was going to see it, I knew I would have to wait at least a week after the fact, maybe longer. And then I waited longer, I waited to see how many times I could keep putting it off. I didn’t see this movie until mid-February, still on a nice big screen. And that is why it was never reviewed, and why I decided eventually to wait to put it as the final movie in my “2017 Movies I should have seen last year” list! 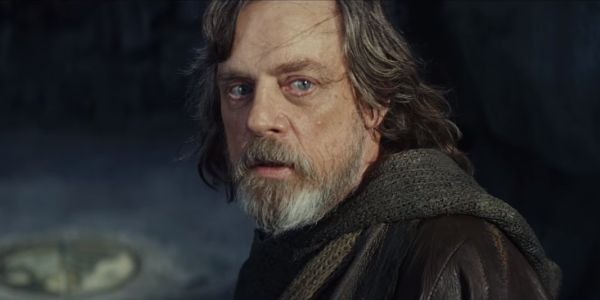 I don’t feel like tagging all of the many characters who are in this film, at least naturally through this review, so I will post them all at the end.

Yay Luke Skywalker was found by Rey! Boo, she is avoided because Luke wants to be alone and doesn’t think the Jedi should be apart of the world anymore. He wants to die and let the Jedi order die with him.

While she convinces him that he is stupid, the Resistance are getting fucked over by the , First Order. A lot of ships are running around, people dying, pew pew pews. And the resistance has to run and get away to not die.

And that is the movie.

Yeah, but how many of those dozen plus names can wield a light saber and shoot out red dust!

Star Wars 8 clocks in at around 2.5 hours, because apparently we can never get enough Star Wars. It is the longest Star Wars film yet, cracking the other top place holders by about 10 minutes. And boy did it sure feel long.

You see, it is made apparent from this film that this trilogy is in no way planned out. We have a lot of plots that were set up from the first film that end completely out of nowhere in this film. Characters die off, questions get answered, and most of it is extremely disappointing.

The worst part of the film is a subplot that has a few characters going on a mission alone, in order to find a character in a casino. It lasts very long in terms of the overall movie and again, none of it feels justified or worth it by the end. It felt like this movie had filler, which is inexcusable given its rather long run time. That isn’t even getting into the really awkward Leia scene.

The only reason this film didn’t get a 1 out of 4, is because the ending was pretty rad. It still seemed to have a lot of poor plot developments, making what felt a side plot last the entire goddamn film. It was very character focused, even though a lot of the characters they decided to kill off. I just cannot help but think of the poor merchandise that was sold for the first two films that never really amounted to much.