Man, I hate this movie, so it is going to be a short review.

Why did I watch Sisters & Brothers? Well, one obvious reason. Cory Monteith was on the cover, the former male lead of Glee who died ODing on Heroin. I never did anything to acknowledge his death, having only seen him in one other movie (Monte Carlo), and then I reviewed Sharknado, which was a bit of a joke at his expense too.

But you know, Paul Walker got a review like right away, and eventually I will have to fit another Philip Seymour Hoffman movie in there too. So figured it was time to see something with Cory in it.

This mockumentary focuses on four groups of people, who all have a sibling, and their relationships with each other. We see them giving interviews with the camera, and living their lives. That is about it. 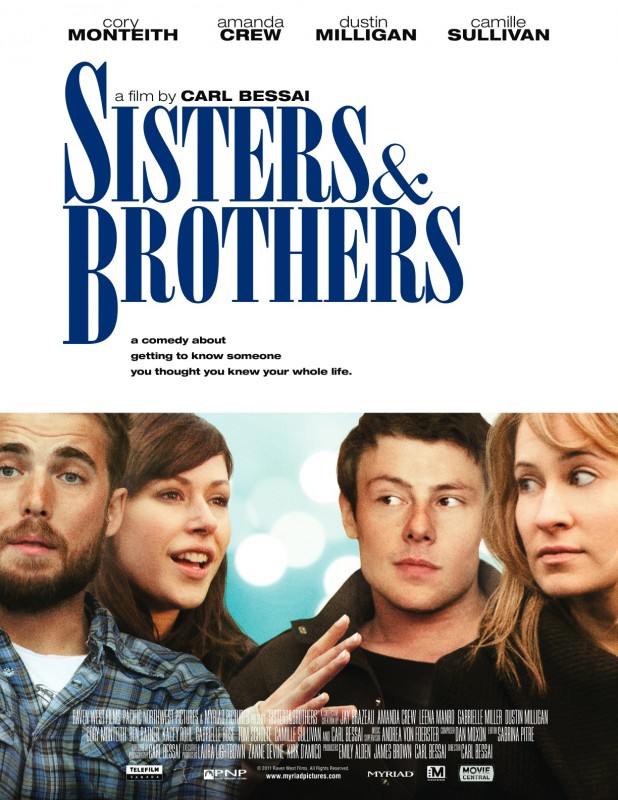 I literally can’t find any real picture from this movie, but I blame that on the TV show, Brothers & Sisters.

I definitely was a bit confused at the beginning, not knowing it was in that format. It starts with Cory and others being interviewed about their siblings, and I couldn’t tell if they were talking truthfully at first or playing a character. Cory himself plays a famous person who has tons of fans. I know, he was reaching for this one.

I am having a hard time believing the cover, because it says it is a comedy, but I don’t remember any jokes. At all. Maybe a “Ah, that’s curious” type of reaction once. I mostly remember siblings arguing and people mad at each other. No, it gets the Drama rating and that is all it gets.

Without being too mean, this movie is a waste of space. Not a lot happens, there isn’t really great acting, the format for the movie is dumb, and the time did not flow by at all while it was on.