When one thinks of the word ‘virtuoso’ they usually put it towards piano, but it of course can be used for any music. We all accept that. Hell, it could be for any art form. You can be a sculpting virtuoso, or a cross stitching virtuoso, but I can’t imagine anyone likes cross stitching enough to be a virtuoso at it.

And with The Virtuoso, we have a movie about hitmen for hire, killing people. I guess killing people, to make it look like an accident, and never be seen or heard from could be like an artform. They made a game called Hitman, and the ability to cause deaths accidentally is graded on points, I think. I only tried playing it once and I did a bad job at it. Please correct me if I am wrong about the game Hitman. I wouldn’t want such a storied franchise with terrible movies to accidentally have something said incorrect about it.

Back to The Virtuoso. Oh, yeah. The review.

Some say I am food eating virtuoso. But I just think I’m a picky eater.

The Virtuoso is about a guy named The Virtuoso (Anson Mount). Awesome. Good plot. Head home.

We don’t get to know his name, or really any other names here. After all, we also get people with names like The Mentor (Anthony Hopkins) and The Waitress (Abbie Cornish). Our hero (?) doesn’t like to use names I guess, makes things too personal, everything is just a job.

He is a real detailed oriented person and secretive. It has a level of difficulty to hire him for a job, but that helps maintain his own anonymity and allows him to have a life outside of the job. And unfortunately, he gets “forced” into doing a rush job without a lot of proper planning, and that really throws him off balance in life, because extra people died who were innocents, and that is not okay. 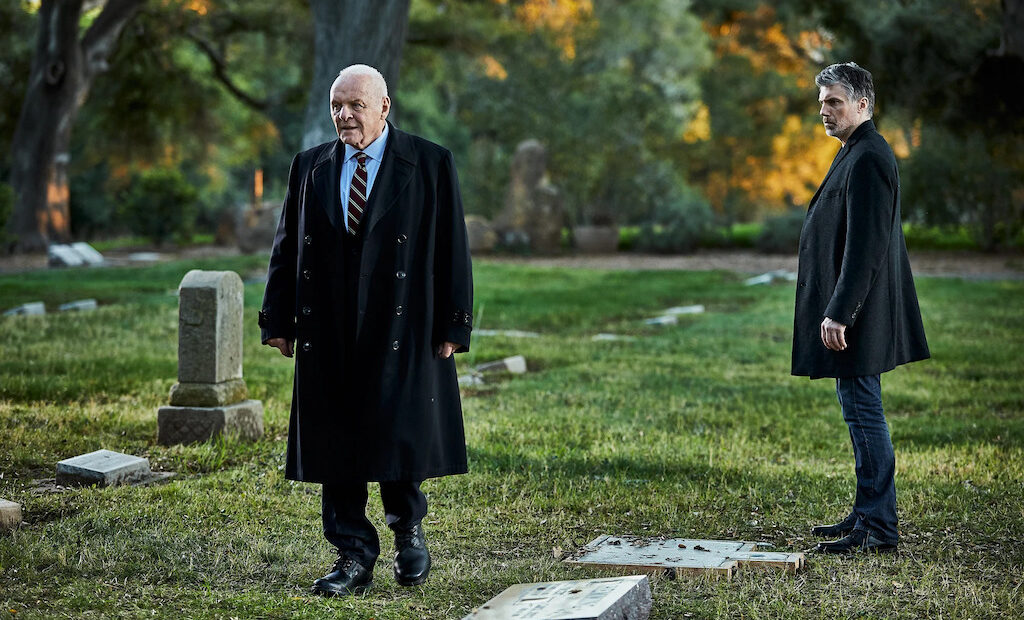 The Virtuoso is narrated by the lead character, but done in a very unique way. I guess we are to assume that we are also the virtuoso, and it is more like a stage summary of events. “You look around the room, and check the exits.” You line up your sights and hold your breath.” This sort of thing. Him describing the process and letting us know what is going on. It was very strange at first, but it definitely grew by the end as an interesting tool and didn’t feel unnatural anymore. And also by the end it has a fun little payoff as well, so it makes the journey feel worth it in that regard.

The Virtuoso is also relatively slow. The beginning execution where the disaster happens that gives our main character regret is relatively quick, but the main plot after that is a much slower build. I don’t know a lot about Mount in other films (but he was in Crossroads which I keep meaning to watch…) but he seems to be trying to play a role similar to Timothy Olyphant in Justified, in terms of coolness, but a lot, lot, quieter. Maybe it is just because their faces are similar to me. He is a fine lead, extremely stoic, but the side characters do a job of making this story interesting.

And in case you are curious, Hopkins is actually in this movie several times, not just a quick one or two scenes. Not just a big name grab. I did like Cornish in this one as well. She has a much bigger role in this film than anything else I have seen her in, and adds some unique plot to the story.

Overall, if you are looking for a quiet drama with a handful of twists about an assassin, you will end up enjoying this. If you want something with more elaborate deaths, or more action, or more twists, then this one will put you to sleep.