I am happy to say that I was able to go into Sicario with a blind eye. I knew nothing about the plot and I was happy about that fact. Hell, when I first saw the cover and name, I just assumed it was some random horror film.

But what I was unable to avoid was the hype train. The hype train drove through my city like a…well, train. Praise from all sides about the acting, directing, cinemetography, plot, you name it, people loved it.

That sucks. Now I went into the film expecting greatness. The important note here is that I did, in fact, go into the film. I was supposed to see 99 Films this night. I convinced myself otherwise, to avoid the free pre-screening, and pay my hard cash money to see the movie so I can review it and compare it to its hype. I might have had to wait until a DVD release if it wasn’t super hyped, and who the hell knows when that would be. I can’t miss out on potential Oscar greatness for Andrew MotherFucking Garfield!?! 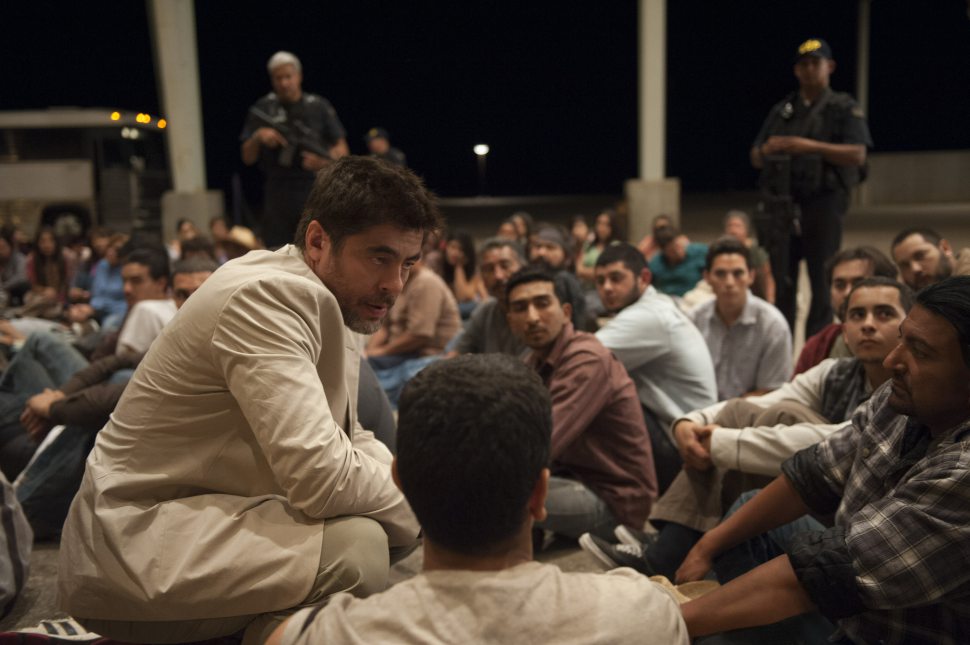 Some say Garfield is living his post-Spider-Man life as an immigrant on the run from the law.

Kate Macer (Emily Blunt) is an FBI agent living in Arizona and she is pretty dang good at her job. She is currently working on a string of kidnappings in the area by a Mexican Cartel lord. The guy pretends to be a legitimate business man, but they all know he is running the gangs secretly and taking orders from Mexico. Kate and her partner, Reggie Wayne (Daniel Kaluuya), also find out that parts of the house were rigged to explode. Well fuck. These assholes are going to start booby trapping their hideouts to smuggle people places. This means every future job just got that much more dangerous and things really really suck.

But have no fear, every day American citizens. The government is on the case!

Kate is hand picked to join a larger, inter-department task force, lead by the CIA. She doesn’t know a lot about the mission. Just that it is lead by an asshole, Matt Graver (Josh Brolin), who only slightly works or the CIA, and his mysterious friend, Alejandro (Benicio Del Toro), someone who isn’t even American, nor is he CIA. He is a “consultant.”

Next thing Kate knows, she is whisked away to El Paso. She was told the overall mission of the task force was to bring own the kidnappings and drugs in that area. To actually hurt the cartel from the top and not through their lackies.

What she didn’t know is how many laws would be broken in the process. Not including murder, crossing borders, torture and kidnapping. Lovely. What’s a moral girl gonna do in a situation like that? 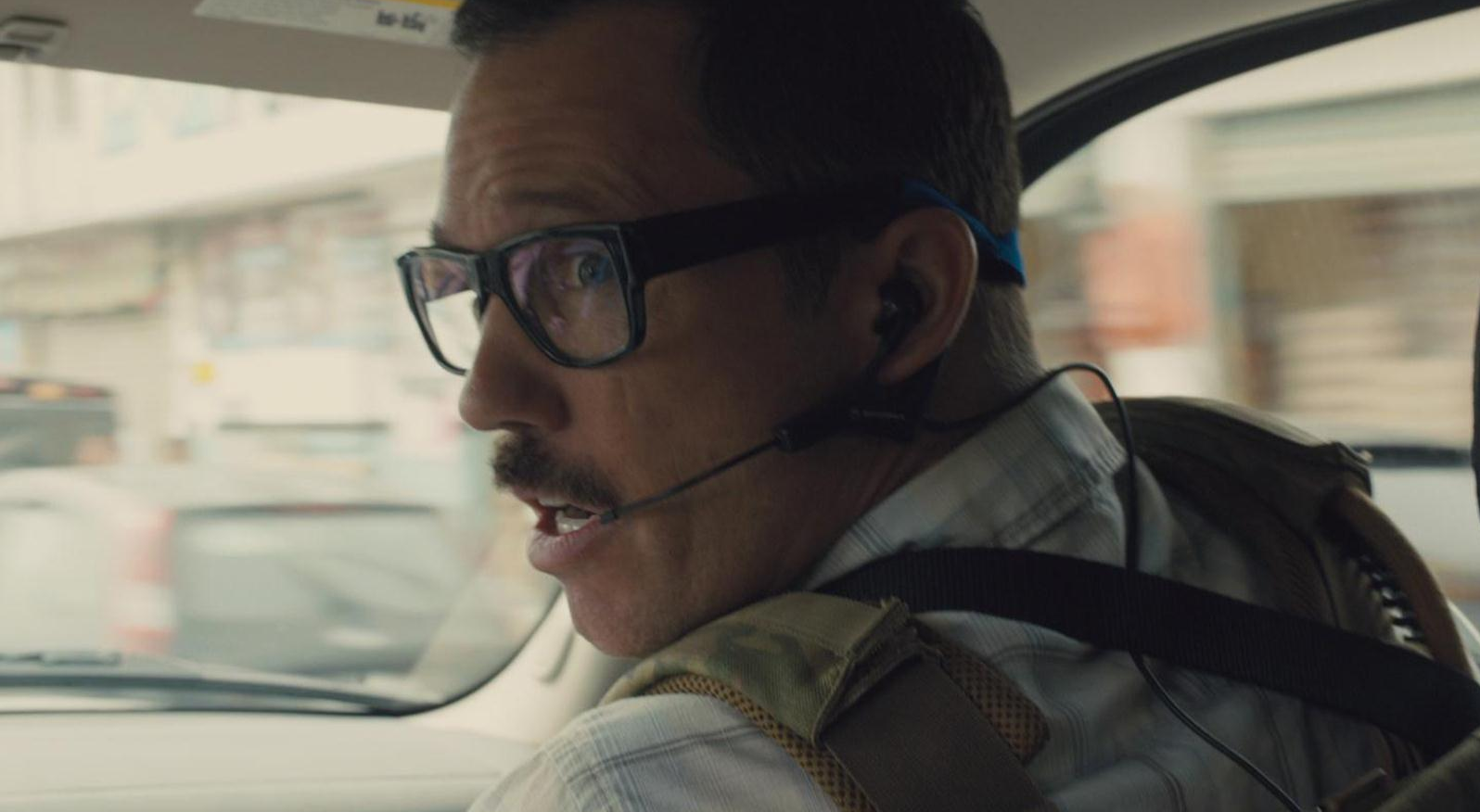 You can’t fool me with your hipster glasses and fake mustache. I know it is you, Michael Weston.

Sicario was one of those perfect movie experiences. Outside of the two dudes who literally had phone calls during the showing. This is what I get for going to a non-screener, non-drafthouse like setting.

Why was it perfect? Sicario was like a slow burning wine. It was dark, realistic, slow, beautifully well shot, great characters, tense moments, and with a bit of moral ambiguity. Not a lot, but a bit. Someone should let me know if what I said about wine makes any sense, because I don’t know anything about wine, but the saying seemed natural enough.

Acting on all fronts were great. We got Brolin being a dick, pretty standard. But the obvious and clear stand outs come from Blunt and Del Toro. Blunt has been having a heck of a career with her last few movies. She seems to always give it her all and seems to be getting even more dramatic roles in the future thanks to it. Blunt gets to play our law abiding character who doesn’t know what really goes on, the one the audience gets to relate to.

Del Toro isn’t introduced until later in the film, but by the end he definitely becomes a true co star and almost another main protagonist. I once had a friend who said he would watch anything with Del Toro in it. But that was in 2010 and he was trying to justify being interested in The Wolfman. I knew he was in a lot of good movies, but I wasn’t a megafan. But hell, this is the type of performance that could make someone a megafan. His character is very rich and the movie does a nice job of slowly unraveling his mystique. He is one of the most BAMF characters in film this year, while at the same time you never really know if you are supposed to be cheering for or against him.

I wouldn’t be a good reviewer if I didn’t further talk about the cinematography. Denis Villeneuve likes pretty movies and he wants your eyes to be ecstatic. You’d know that if you saw his recent movies, Enemy and Prisoners. That is why with this film and Prisoners he used the legendary Roger Deakins to set up his shots. So much attention to detail was put into every frame, the only thing that could ruin it would be mutilated bodies and dead nudity.

Yeah. Some of that is in here too I guess.