Before Rebel in the Rye, what I knew about J.D. Salinger could fit inside of an index card. Along with the first 200 digits of pi, I am sure. I knew he died, I knew he wrote Catcher in the Rye, and that is it.

Well, I also knew that he came out of hiding at some point recently and made the game show Hollywoo Stars and Celebrities: What Do They Know? Do They Know Things?? Let’s Find Out!, but that is a different story, one that this film surprisingly chooses to ignore.

Needless to say, I have never read Catcher in the Rye. Never came up in my schooling and clearly wouldn’t be a book I rush off to read on my own. I like that fantasy stuff. The only reason I rushed to see this movie as a prescreener was due to the Hurricane hitting Houston and having no films in weeks. But hey, if anyone asks, say I said it was for the lead. 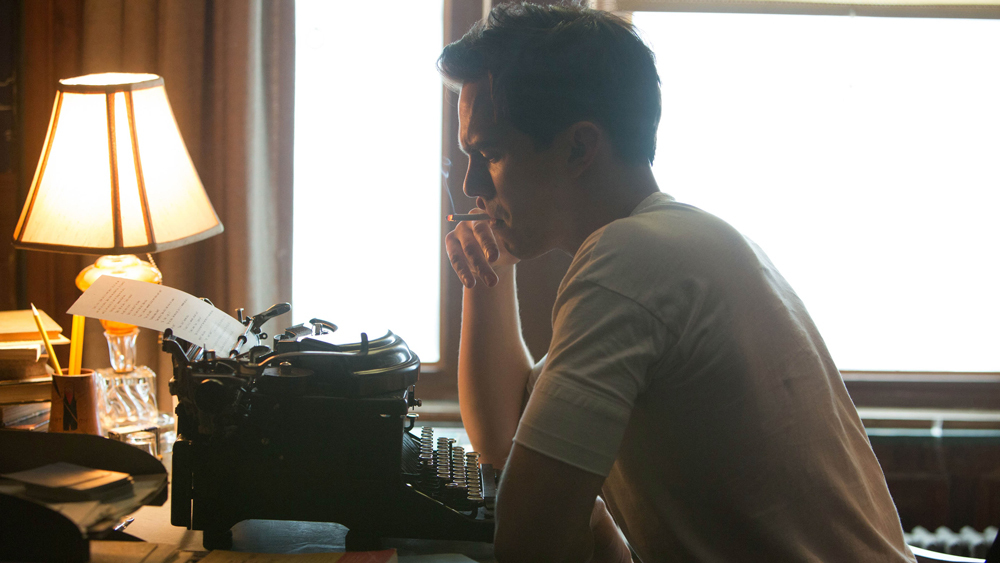 And I can get pissed off watching someone write when I have not been writing for the same amount of time.

A long long time ago, when the earth was still green, a young J.D. (Nicholas Hoult) wants to be a writer. He is a wise alack, and from a rich house, and he has gotten kicked out of multiple colleges already for being a dick. But he gets to try again, thanks to privilege and wealth, and heads off to Columbia University. There, besides meeting with young ladies and party goers, he meets Whit Burnett (Kevin Spacey), a professor who gets J.D. to reach his potential and actually write good short stories. He also runs a small short story publication and ends up publishing Salinger’s first work! Hooray! He is a professional writer!

But he wants more. He wants to be published in The New Yorker, the cream of the crop in terms of short stories. And when he finally gets a story good enough for them? Well, they go and offer notes and suggestions. They need his story to have a happy ending, not the dismal one he created. Well, that’s shit.

Other people love the short story though. They enjoy the character he created in that story, and Burnett himself suggests he needs to turn that character into an entire novel. Unfortunately, before that novel can happen, World War II and Pearl Harbor happens, so Salinger instead goes off to war! He sees some shit, he barely survives, and changes as a person. But he kept writing, and after overcoming some PTSD, finally publishes The Catcher in the Rye.

The rest? Well, the rest still isn’t so easy either. 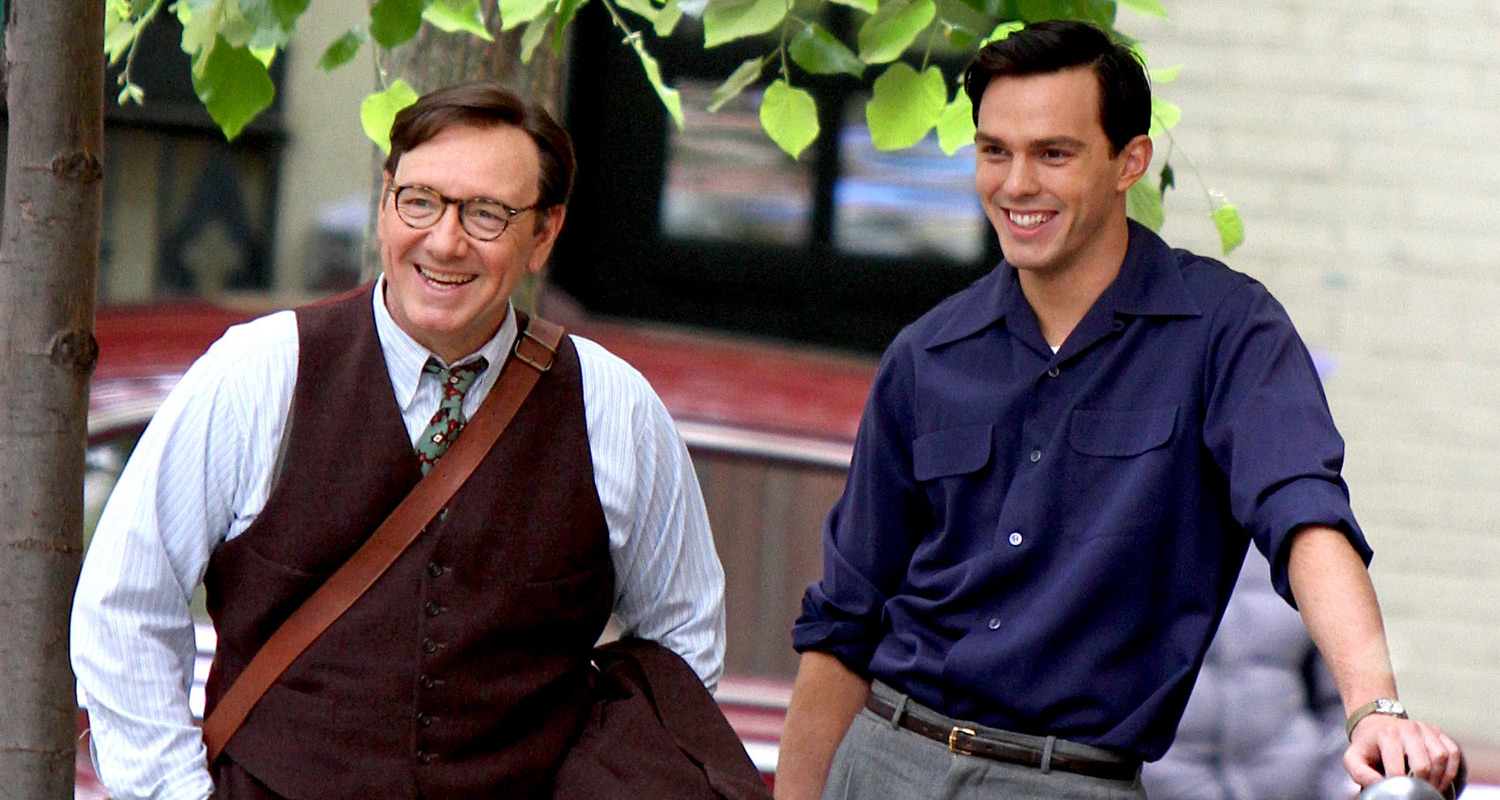 Oh the joy of two men just giggling about words on pages.

Rebel in the Rye is the type of movie made for those who really want to know more about the author of a book they love. Salinger was known as a bit of a recluse, so seeing his story and why he became one is a journey on its own. However, without the context of Catcher, a lot of the film was lost of me.

The good news? I kind of want to read The Catcher in the Rye now, so I guess it cane make money off of me that way.

The beginning of the film took a real long while to get going. The whole thing was full of cliches really up until Salinger finally became a published author. It doesn’t stand apart from any generic 1930’s rich elite story. The acting from all of the side characters isn’t anything special.

However, when World War II happened, the film definitely started to turn. I could no longer imagine the lead as Hoult acting, but as a Salinger type person, so the transformation was working. It also became a lot of a better story, especially with the dealings of PTSD. At that point though, it was too little too late to turn this film into something amazing.