Puncture, title alone, sounds everything like a horror movie. This helped lead me to the assumption that only damn horrors were coming out this week. Do not worry though! It is not a horror! But it is based on a true story (and dedicated to the main character). 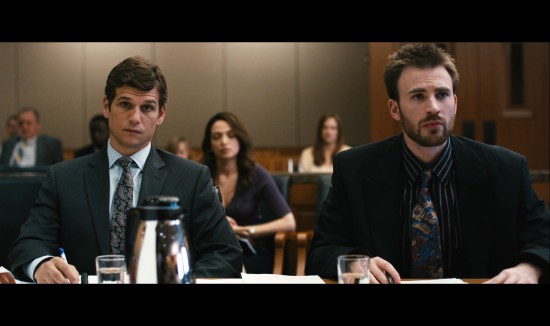 It also is about Chris Evans being super serious guys.

Chris Evans is, I guess, tired of playing in super hero movies, so he is instead just playing a regular every day hero. He plays Mike Weiss, a ambulance chaser in Texas with his partner, played by Mark Kassen. They are good at getting their clients payments, even if it involves some shady tactics. Evans also loves the drugs and partying. Getting that coke, sex, and what not, while his partner his happily married and more in control of his life.

Eventually they take a case, from Vinessa Shaw, a nurse who was pricked by a needle at work and received aids. So they have to try and go against a hospital, not their easiest target! Along with this, they also take on the case from a crazy man played by Marshall Bell. He invented the “Safety Point”, a one use needle that is impossible for others to get pricked on after the fact. Apparently 800,000 accidental needle sticks happen a year to nurses alone in the US at that time. Obviously something they want a lot, and something they don’t have. The safety point guy claims that the main needle company is having a monopoly on the business, including bribing doctors for business, regardless of how unsafe it is for their workers.

But yeah, fuck all that, this movie is about Chris Evans, trying to do something good and actually noble once in his life, but you know, also being on drugs. It requires a lot to overcome, especially when he tries to get off said drugs. Hard enough that he has to go against smooth talking Brett Cullen who runs the team of lawyers against him. And that no one else wants to even try to help. 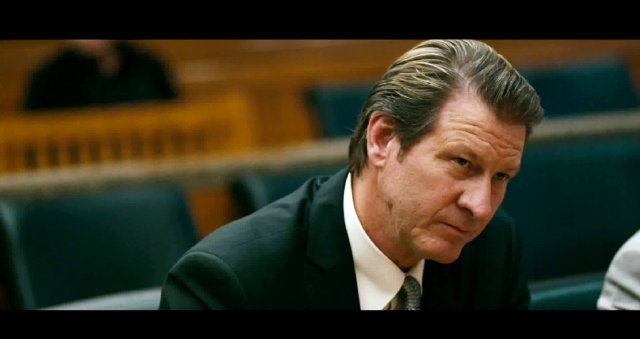 So, despite this being a trueish story from the early 2000s, I think a lot was exaggerated. Including the struggle, and the end result. As an indy film made in the guys honor, it was also used to soapbox a lot of needle issues, and aids. One scene with a guy who might have been a conspiracy nut was pretty pointless, but in there just to point out a different issue that they werent actually fighting for.

But besides that, some pretty good acting, and an okay story. Chris Evans does do a good job, but he just had to be a slacker who wanted to do better, so probably easily doable.