For some reason, Happy Madison is developing a bad rep. Adam Sandler‘s production company has been around for awhile and has brought in such classics like, Jack and Jill and Grown Ups 2! Hell, just this year we already got Paul Blart: Mall Cop 2 and Joe Dirt 2: Beautiful Loser.

With such a rich pedigree, how does a company like that get hated on? Hell if I know.

And then there was Pixels, their third film of this year, and one I thought would be completely animated given the posters. Whoops. I obviously figured it out before I watched it, but damn, I don’t think I have ever been fooled like that before. Sure, it could be loosely based off of a Futurama episode, but that was a cartoon, so everything is fair game. 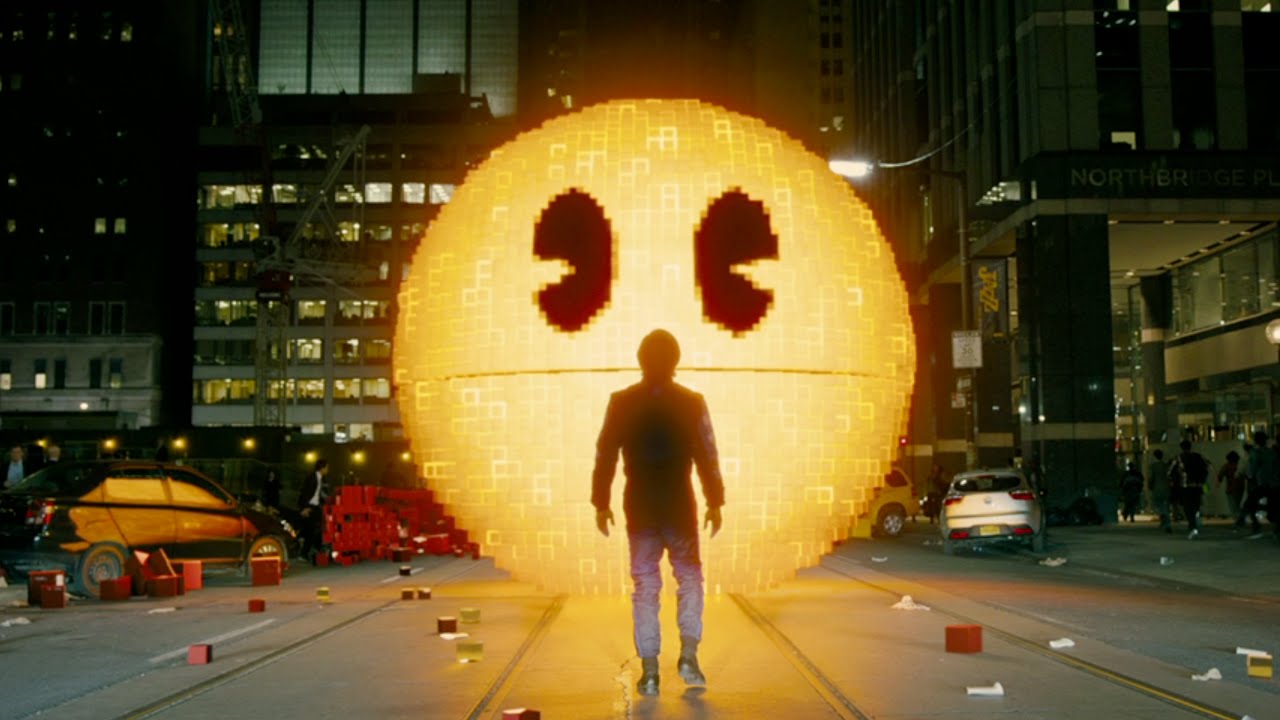 Unless they wanted a giant Mickey Mouse here, then they’d have been fucked.

Brenner (Sandler) was a big deal, in 1982. He was the master of the local arcade, able to see the patterns in the games, creating high score after high score. Hell, he entered into the national arcade tournament and made it all the way to the finals. He lost though to Eddie (Peter Dinklage), a cocky son of a bitch though, because Donkey Kong has some real random elements to it, so he can’t quite figure it out. Oh well, it didn’t ruin his life.

After all, 33 years later, he is working for what constitutes a Geek Squad like company, installing technology in rich big houses. Oh hey, and his best friend, Cooper (Kevin James) ended up as president (married to Jane Krakowski too). But he is seen as a buffoon. Who gives a shit though, because Aliens are about to attack!

Oh yeah, there was a third friend, Ludlow (Josh Gad), who was pretty good at games too, but became a conspiracy nut. And looks like he was write about aliens at least!

The strange thing about these aliens is they are attacking using what looks like arcade games from the early days. You see, after the tournament, they sent digital copies of the games and a lot of pop culture items into a time capsule into space. And alien race took the games as a challenge and built giant replicas of these games to attack the Earth. Each side will only have “three lives” so the first to “win” 3 of these attacks, wins overall. If Earth wins, they leave, if Earth loses, everyone dies. You know where this is going: losers from the 1980’s have to save the day! 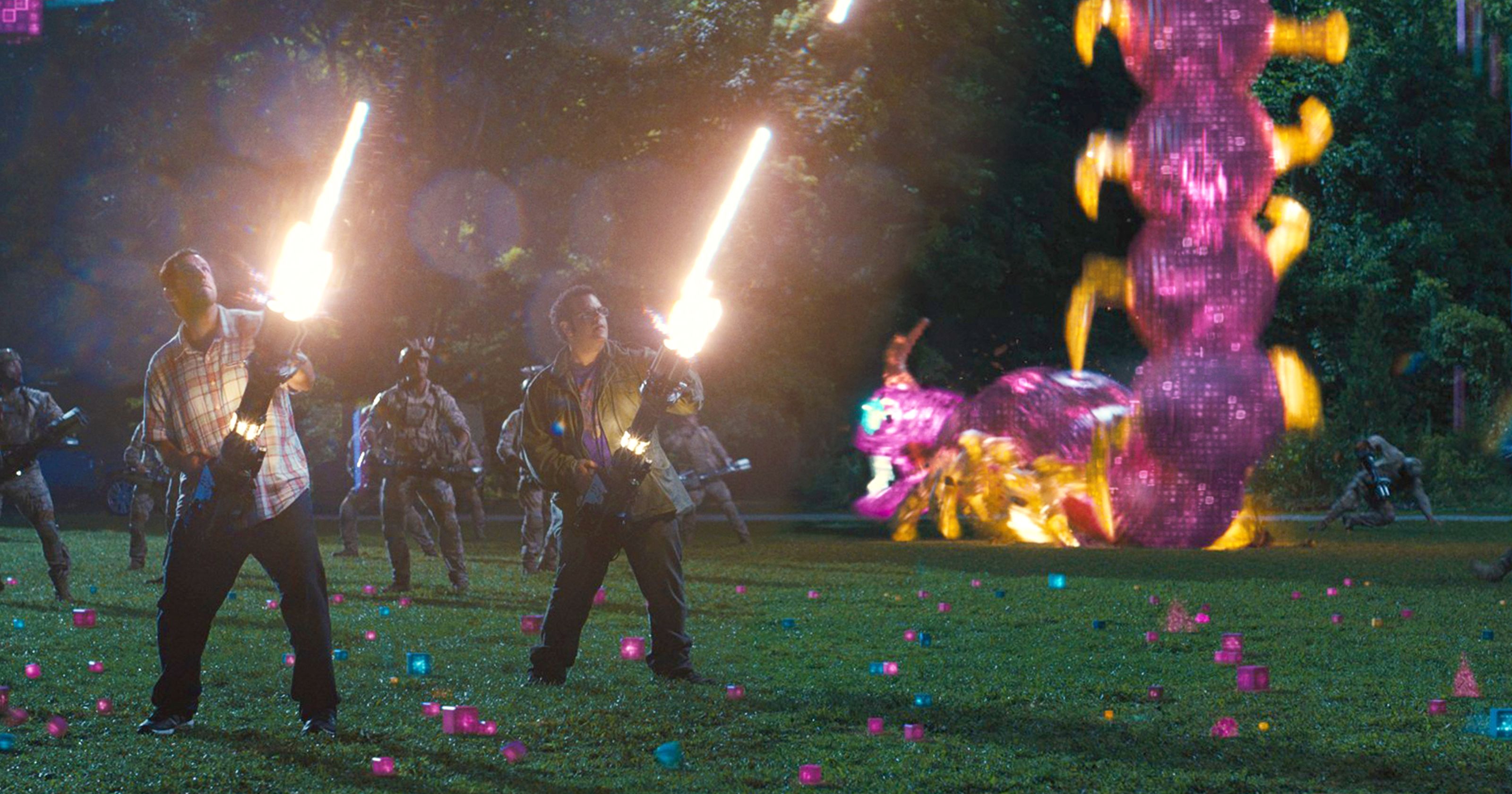 I’ve had a nightmare like this before. I was playing a real life centipede, but I had no ammo.
Basically insects just fell on me from the sky.

Maybe its the nostalgia, maybe the cool effects, or maybe Dinklage giving his impression of the guy from King of Kong, but Pixels wasn’t super terrible. I know everyone around me said it was bad and they hated it, but I also know they went in ready to rage on it.

Pixels definitely had its moments, but the best parts were the clever ways they “fought” the various levels that totaled the many cities around the world. Having Pac-Man terrorize NYC as they chased him with cars? Come on, that’s clever.

There are unfortunately some lamer elements to the film. Having a cheating subplot? Waste of time, and ruined some of the fun. Q*bert? Fuck Q*bert. That mostly felt like an annoyance more than anything. Creepy suggestion that a woman can be a trophy? Well, you know.

But overall for the most part, Pixels was entertaining. It could have had more fun real life battles instead of an all out attack at the end to cameo in games. If we got even more in depth levels, it would have been great. It was like an advanced Nick Arcade. Just one that probably should have gone for the PG-13 rating, since it probably didn’t deserve PG at all with some of the jokes and language thrown in.