That should be a good enough review for this movie.

If you are like me, the first time you heard about Pacific Rim (Trailer) you bounced around with joy. Sure, some of you maybe bounced on the subject matter alone, which is fine. But I was even more excited about the fact that Guillermo del Toro was set to direct the film. Guillermo means quality in Spanish, I am pretty sure. Just examine the last two films he directed! Hellboy II? Pan’s Labyrinth? This guy knows how to tell a story, while also kicking major ass. 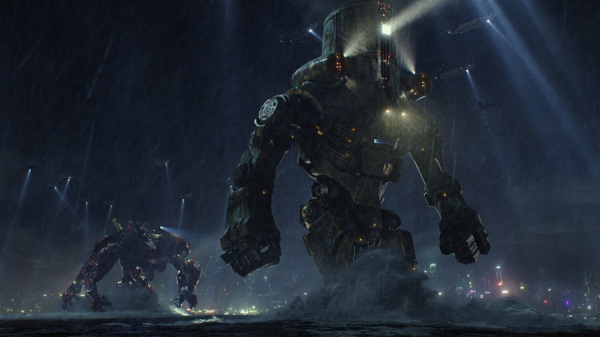 Spoilers: These robots are here to fuck shit up. Monster shit.
In the year 2025, we are currently in the twelfth year of fighting the Kaiju. Kaiju are larger than life mythical beasts that come from a dimensional portal at the bottom of the Pacific Ocean. The first one to appear took over five days to kill while it rampaged the California coast. The world realized it would have to stop fighting and work together to stop this threat from taking over completely, which started the Jaeger program.

The Jaegers are giant robots equal to the size of the Kaiju that can be deployed to fight the beasts before they cause more harm. Initially they prove to be quite successful, but the Kaiju have started to appear in increasingly shorter intervals, bigger and badder than before.

Raleigh Becket (Charlie Hunnam) used to be a great pilot with his brother. Five years prior, a Kaiju took his brother’s life, so he left the program to become a drifter. Shockingly, the UN is thinking of abandoning their Jaeger program due to the amount of Jaegers that are now getting destroyed. Their idea is to build a giant coastal wall to keep them out (very dumb). With only few months left of funding, Marshall Stacker Pentecost (Idris Elba) brings Raleigh back in to the fold to attempt one last shot at ending this thing once and for all.

Damn, that was a really good plot description. But there are many more people who have important roles in this movie. Rinko Kikuchi is Raleigh’s new partner once he returns to the Jaeger program. Max Martini and Robert Kazinsky play a father/son pilot team who run the fabled Striker Eureka, the fastest Jaeger made. Charlie Day and Burn Gorman are the main two scientists working on solving the Kaiju problem, a biologist and a mathematician respectfully. Finally, Clifton Collins Jr. is the main control room operator for the operation, and Ron Perlman a black market Kaiju flesh dealer. 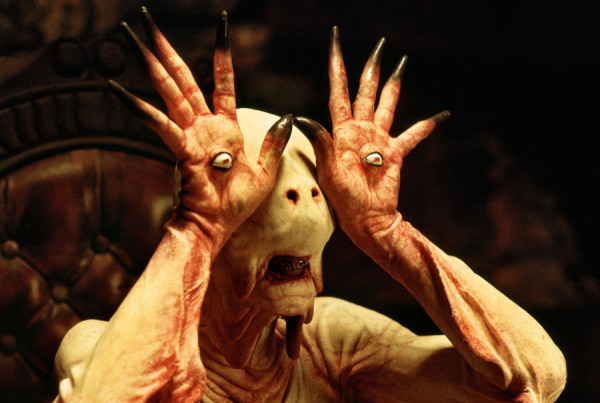 Spoilers: There is no giant version of this monster unfortunately.
If you don’t like the idea of giant robots fighting giant monsters then I really don’t think you will enjoy this movie. Because the movie gives you exactly that, and just a little bit more.

First off, if you are going to see Pacific Rim (Which you should!), you should watch it in 3D. The fight scenes were so incredible, I thought my eyes would melt. The second fight scene in Hong Kong is probably the sexiest thing I have seen in film this year. They were filmed with 3D cameras, so you don’t have to worry about blurriness mucking up the great action.

The Hong Kong fight is actually better than the fight at the climax of the film. Some would consider that to be a big problem, but I can easily forgive it. The final fight gets points for taking place in a different environment from the rest of the film.

I love the casting choices in the film, in that most of the people are not big named stars. This really allowed the viewer to get involved with the story and not get distracted by the eyes of someone like Brad Pitt.

Sure, there are a few weak plot points, and the acting isn’t always top notch, but the stunning visuals, well choreographed fights, and complete bad-assery from start to finish well make up for it. My biggest plot complaints really come from what was NOT said by a few characters. I was disappointed that the movie didn’t delve deeper into some of the ethical implications brought upon by certain actions, but really, that just allows a sequel/prequel to ask those questions later.