Everyone loves Marilyn Monroe. This is what people are saying. Apparently she is big right now, according to Smash. I don’t know why, I haven’t noticed any people talking about her more than she has been talked about the last 10 years. But since people are saying it, it must be true!

And that is why we get My Week With Marilyn. Based off of Marilyn Monroe coming to London to do a movie, and having a very brief relationship with some guy. 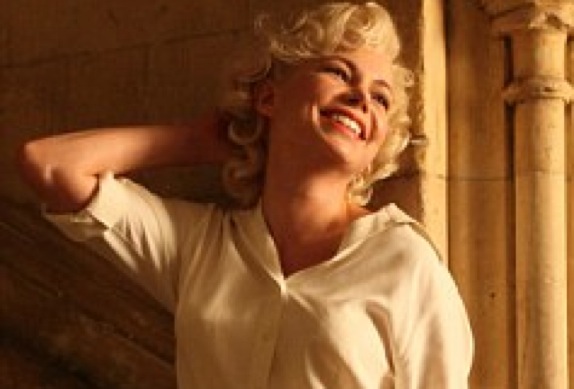 There she is. What a camera whore.

Colin Clark (Eddie Redmayne) is just a guy. He wants to be in film and also likes Marilyn Monroe (Michelle Williams) but who doesn’t? He tries to work under the great Laurence Oliver (Kenneth Branagh), because Marilyn Monroe is coming to shoot The Prince and The Showgirl. Through persistence, he becomes the assistant director.

Hey, Marilyn Monroe is weird. She has her own acting coach, and keeps trying to do things weirdly, even refusing to get lines right because she says it doesn’t make sense for her character. Turns out Oliver doesn’t think highly of her, or her constant delays of the production, and claims he got her for her looks, not her talent. She hates that shit. Know who else hates it all? Arthur Miller (Dougray Scott), her husband at the time. He was making a play also kind of making fun of her. So they fight about it all and he goes back to America.

TIME FOR COLIN CLARK TO MAKE HIS MOVE. Even though he is also kind of dating the costume design girl, Lucy (Emma Watson). Despite her reputation as a heart breaker, Clark hangs out with her a lot more. And then they do some things (Each other), and then eventually she leaves to go back to America when the movie is done, leaving Clark all sad and heartbroken. 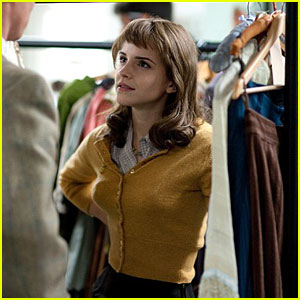 So how was it? Well first, my fault clearly, I didn’t think it would only be a week of her life. But then again, that was the title. I actually thought it would be a full Monroe movie. I’m sure there is already 30 of those, though. Also, this isn’t going for an accurate portrayal of Marilyn. It is going through Clark’s eyes, how she was and felt to him, and it shows. She seems otherworldly in this movie, and also crazy. But definitely on a pedestal the whole time, and almost like she is better than the rest.

But I found the entire thing uninteresting. It could have been about any actress I felt, and made them weird, not just Marilyn. The movie they are filming doesn’t seem to be that popular/important of a film either, so it doesn’t hold much cultural significance. Just the premise in general makes Marilyn seem like a person with bad morals, which I am sure she wasn’t.

But yeah. Probably only interesting to someone who already likes Marilyn Monroe. Everyone else won’t care, and will find it kind of boring.