It took me a long long long time to finally watch Milk. Which is stupid, because I am also trying to watch movies nominated for Academy awards, and it was the last film 2008 for me to see. I wasn’t sure why it took so long originally, but now I definitely know.

Basically, I am saying I have no idea what I want to review for 2014 Thanksgiving. Come on, we need some more food-ish based titles. Get your act together Hollywood. 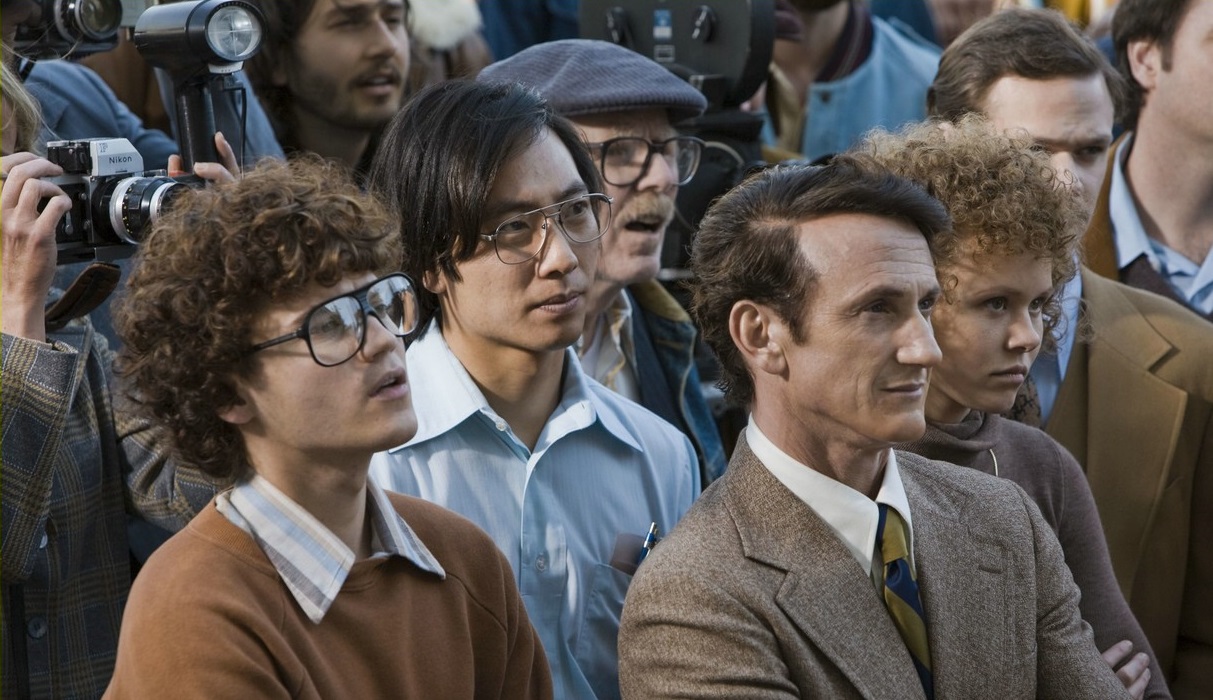 We also need more movies set in a time where hair ruled all.

Harvey Milk (Sean Penn) was the first openly gay man elected to a public office, in 1978 in San Francisco, California. In terms of a biography, the movie starts eight years earlier, when Harvey meets Scott Smith (James Franco), his first big love, and their decision to move to San Francisco. As soon as they do, they buy a property on Castro street and open up a camera shop, but they find that they are still not really welcome in the area.

Over time, Harvey becomes more and more of a political activist, and his shop becomes a sort of center of the gay community in the area. The police harass them though, despite no law breaking, so he decides it is the last straw and he must do something about it. He wants to run for City Supervisor, and introduce change in the area, and end the discrimination against gay culture.

But becoming an elected officially isn’t actually that easy. Since its a biography, you know he achieves it eventually, but you don’t know how hard it was to get to that point. 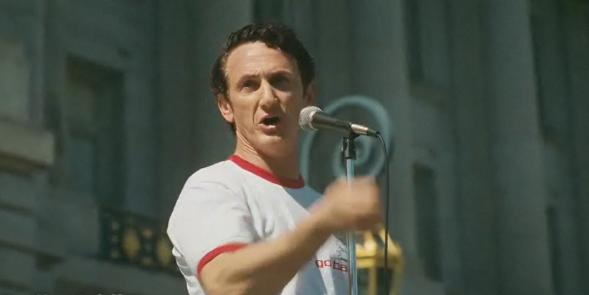 His name is Harvey Milk, and he is here to recruit you. For his army.

I am a bit disappointed that this movie didn’t feature Sean Penn drinking milk, like, at all. It seems like the obvious scene to have. But I guess this is a serious film, honoring a man’s life, so they don’t want to do shit like that.

At the start of the movie, it took me awhile to really get in to it. A lot of events happen quickly to get the story set up properly, with Harvey, talking about his earlier life. But once the political activism started, that is truly where it got interesting for me. Where you see a man who knows he is doing the right thing fail over and over again, each time getting stronger after every loss. Getting smarter too, some of the tactics used were amazing. I am a bit surprised that the community kept going for Harvey after he failed a few times, because it shows many different individuals who probably would have been just as good as him, but they must have believed in him that strongly.

Sean Penn acted really well in this role, as he tends to do, so I guess at this point it is just standard.

The film also used actual footage of real events spliced into the real ones, normally I find it pretty tacky, but it was extremely well done this time. Footage of riots and interviews. At the end, they did the standard thing of showing what happened to the real individuals later on, and they spliced actual footage of the actors with their real life counter parts, which just looked great.

Milk is a great story, with great acting, and a great part of history that a lot of people might not know about.