Good news everyone! I am now officially willing to watch horror movies. Do I still cringe like a little girl when I see them? Yes. But I can usually control my outer composer enough to make it through without tears.

With that said, most horrors I will probably find scary, so it might not be too strong of a statement when I say that Mama was the scariest movie I have seen this year. Especially since in these few weeks I have only seen one horror movie. 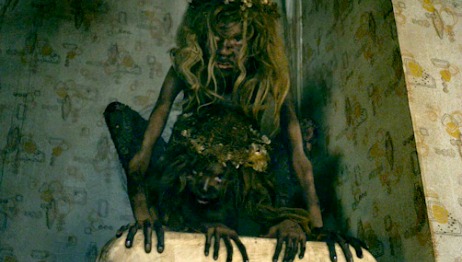 Right off the bat, this movie is a world of NOPE.

Mama begins during the financial crisis of a few years ago. It really put the hurt on certain families, driving their bread winners to suicidal behavior. In this case, the father has just killed his wife and kidnapped his two daughters, speeding away on icy roads. Well, he crashes, because that is what icy roads do. Luckily, they all survive and they are able to find an abandoned cabin in the woods. The oldest daughter Victoria (Megan Charpentier) can talk, but has broken her glasses, and the youngest daughter, Lilly (Isabelle Nelisse) is still a toddler.

But a mysterious super natural force decides that the father is a deadbeat, kills him, and looks after the kids. Five years later, their uncle Lucas (Nikolaj Coster-Waldau) finally finds them and they are all sorts of messed up. After some time with a therapist (Daniel Kash), they are released into his care with his girlfriend, Annabel (Jessica Chastain), in a sweet new house so they can study their behavior.

Surely the evil spirit will be happy to see the kids in loving real hands, right? 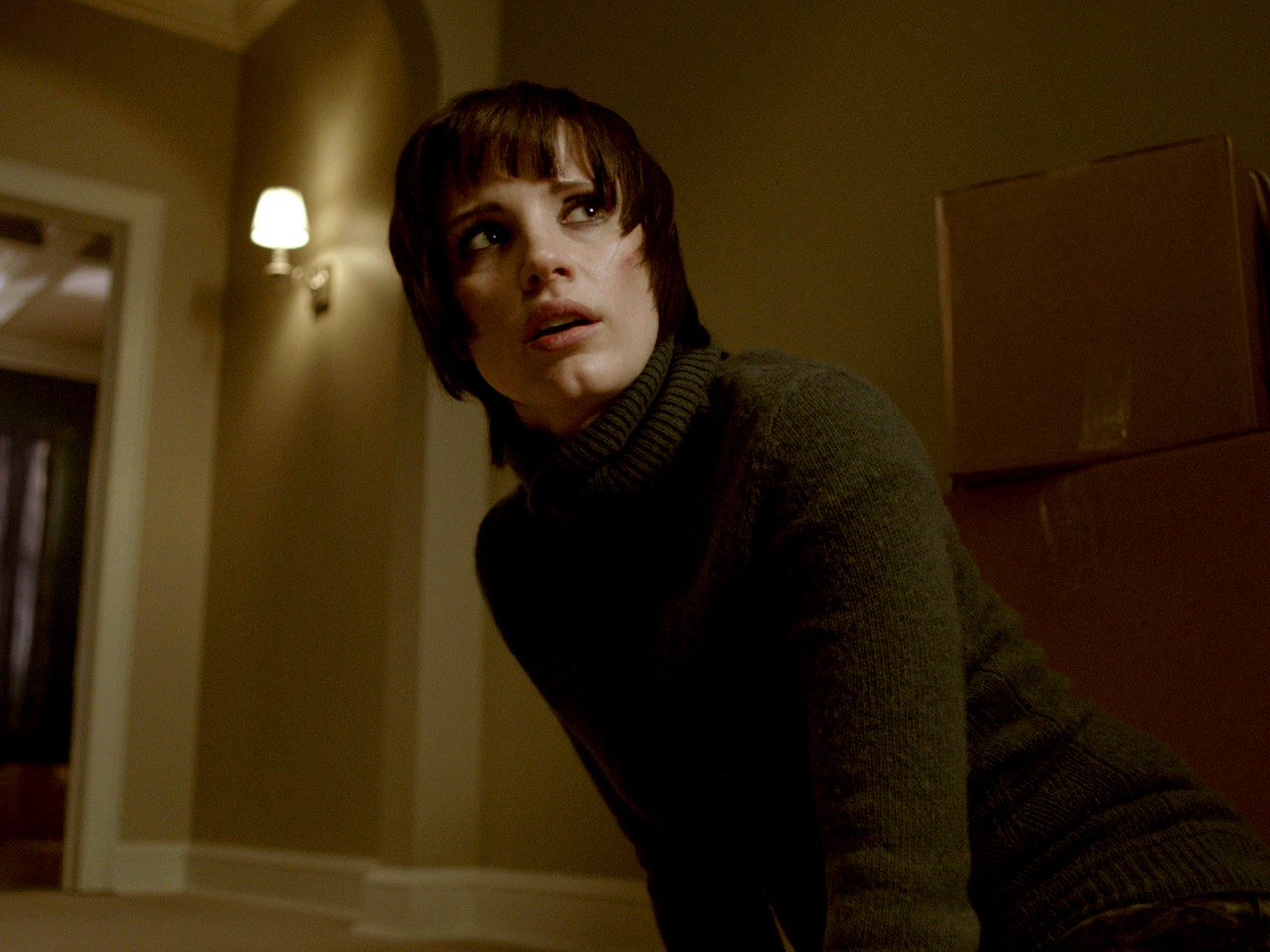 Bonus points to this movie for not parading Jessica in only revealing clothing.

As expected, yes, I found this movie scary. Guillermo del Toro was the executive producer, and you can really see his influence on the movie. For the most part, the camera work was top notch for setting up the scenes and making the whole movie seem eerily beautiful.

I loved the “cold open” of the movie, jumping straight into the action, but also letting full opening credits come in a bit later.

Most horrors have a problem where they lose a bit of the fear when they actually show a clear view of the monster, and unfortunately for Mama this is still true. In fact, if I wasn’t so afraid, I would probably find her a bit comical in nature.

It is also interesting to see Jessica Chastain in a movie like this, where she plays a dark haired slacker who doesn’t know how to raise kids, when her normal roles involve over achievers and perfectionists.

Finally, I loved the ending of the movie. The final scenes were set up so nicely and it had me guessing until the end. The plot didn’t entirely make sense to me, but I don’t think they cared at that point of the movie. I also doubt there will be any sequels to this franchise, which is a bonus is my mind.