Like most people who still are alive, I sometimes find myself worrying about money. I don’t have any evidence to support this, but I also think a few dead people also might still worry.

Although I don’t think I was directly affected by the 2008 financial disaster, as in, I didn’t lose my 401k or anything (which is a thing I have now!). But it affected where I went to college thanks to increased enrollment in graduate school due to less jobs. It affected the job market that I went into 6 years later. And it affected the classes I took because all of the sudden they wanted to relate things to current events. Boo current events.

Inequality For All is a documentary that wants to help explain the direct cause before the effect, but how that first cause was able to happen in the place. This is all of course according to Robert Reich and a few other people. Reich has worked under several presidents and served as Secretary of Labor under Clinton. He also has about a shit ton of books, and now lectures about the economy and appears on some political shows.

So if anything, we can say the guys point of views have some amount of validity to them and he isn’t just a celebrity talking about someone else’s research. 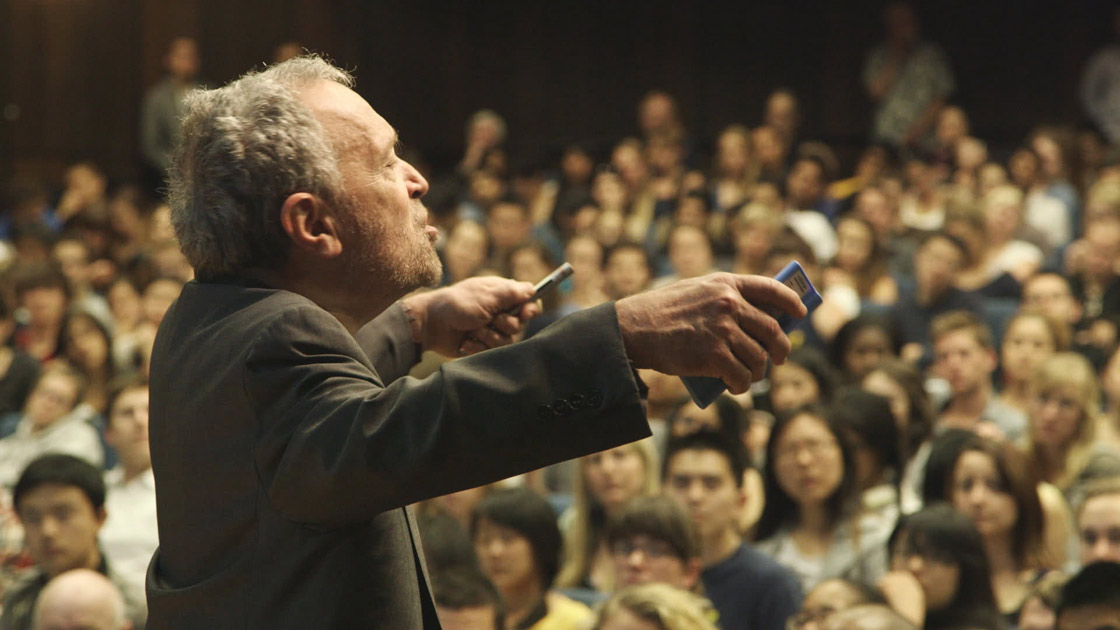 He also looks a bit like a cult leader in this image.

Reich himself is a pretty charismatic guy. He had some condition causing him to be pretty short for and adult male, and if you didn’t notice right away, you will notice after his 30th short joke in the documentary. Some footage is him literally talking to a documentary camera telling information, some of it through his narration, and some of it through footage of his talks. But don’t worry, it isn’t just a guy babbling for 100 minutes. It does still feel like a standard documentary. We get animations of charts and graphs, we get figures, we get footage from elsewhere.

From what I can see, a lot of what he said seemed to be correct. I can’t say that finance is my subject background, so nothing appeared to be incorrect.

I however think that the way it was presented felt a bit boring. Sure, early on I was in to it. But as it went on, I kind of just wanted it to make its points quicker. Hurry the fuck up. Tell me what I need to know and stop trying to convince me.

This is all just how I felt watching it. Some good information. On its own, won’t change anything, but the ideas are correct and delightful. Since it is on netflix, it can be a nice watch to waste time, but this documentary won’t blow your mind.

2 out of 4.
Tags:2 out of 4, Documentary, Inequality For All, Robert Reich