Every year on the Christmas releases, there tries to be that who gives a fuck “family”-ish film. Last year it was Parental Guidance. A movie that everyone can enjoy without thinking much.

Unfortunately for this year, two movies tend to fit the family genre, with one of them clearly leagues above the other. Sure, The Secret Life Of Walter Mitty requires some thought, but all the families are going to flock to it over Grudge Match.

I mean, sure, take the guys from Raging Bull and Rocky and make them box. Sounds like a good idea, but oh man, the execution. 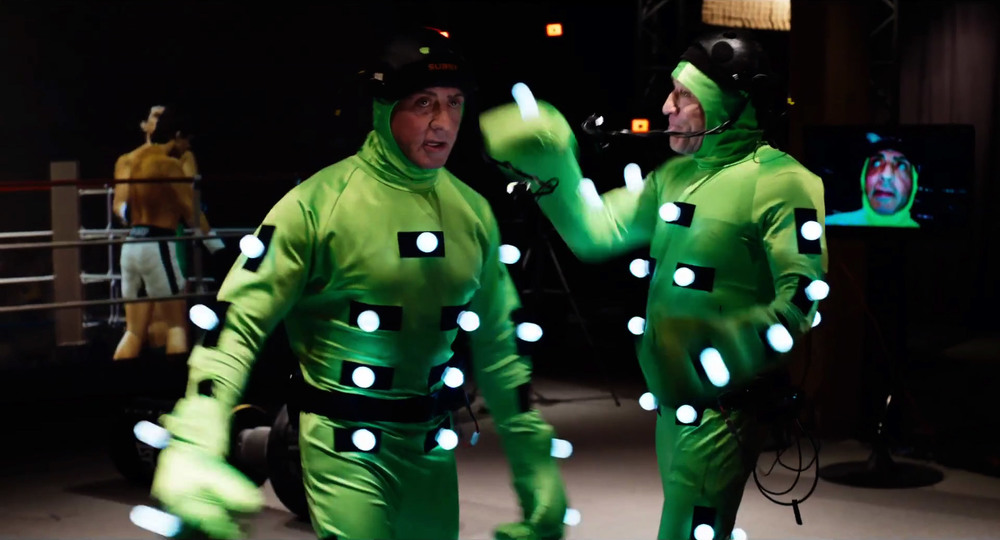 Why do movies have to show montages whenever a video goes viral? That shit is dumb.

Basic premise: Razor (Sylvester Stallone) and Kid (Robert De Niro) were both Pittsburgh area boxers, who used to be a big deal in the 1980s. Their first match against each other went 15 rounds, with Kid coming up on top. They battled again a few years later, when Razor knocked out Kid in only 4 rounds. Before a rematch could be made to give them the best 2 out of 3, Razor mysteriously retired from boxing, and left Kid without a chance to redeem himself.

Now, many years later, they are both hurting. Razor financially, and Kid with his ego. They agree to pose for a video game from business man Dante Slate, Jr. (Kevin Hart), but once they meet, their feelings take over and they fight it out on the spot. The video goes viral, and there becomes a demand for them to finally have their rematch, 30 years later, despite their age and condition.

Their rivalry goes deeper than just a few boxing matches, when it is found out that Kid also slept with Razor’s girlfriend at the time (Kim Basinger), knocking her up. So Razor wanted to get back at him by never giving him the chance to fight him again. The reason this matters so much is because their son, B.J. (Jon Bernthal) finally learns the identity of his real father, and wants to help Kid train to get in shape for the big game, and introduce him to his grandson. 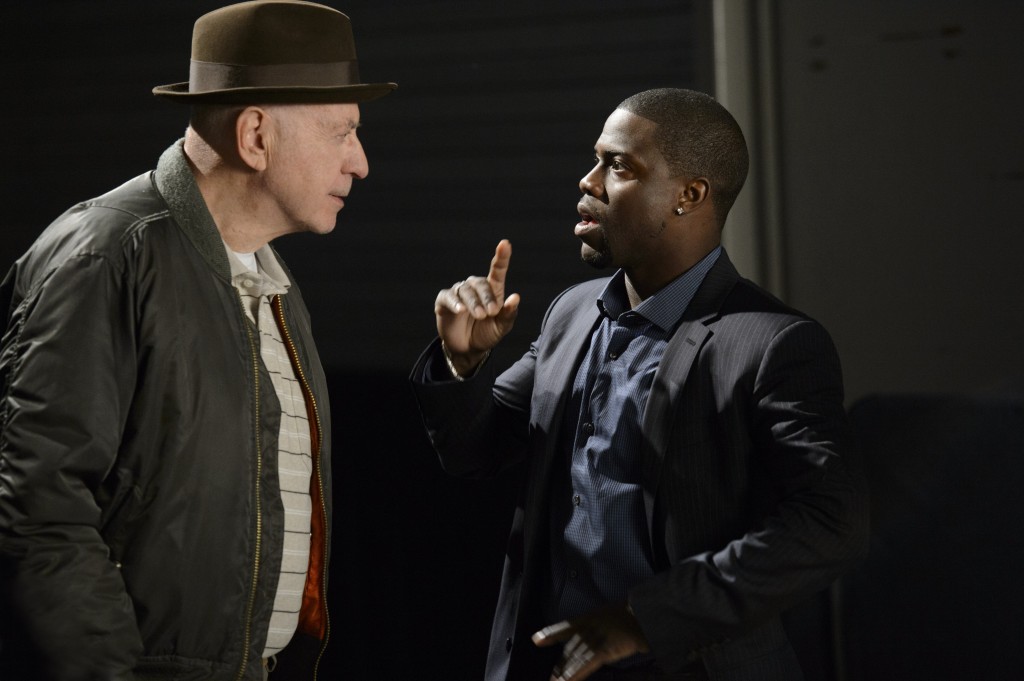 The supporting cast deserve their own video, for saving this accidental disaster flick.

During the very cliche and simplistic ending, the entire theater was booing at the screen, almost in anger at how much it felt like a cop out. It didn’t give us a real ending, is how it felt. Of course, I was the only one in the theater, so I can say things like “everyone there agreed with me” and it be correct.

Let’s compare it to another recent fighting rivalry movie…Warrior! Warrior was an incredible movie, one of the best of its year, great acting, and had more than one fight to watch. Both people had reasons they needed to win, like in “Grudge Match”, but they didn’t sugar coat the ending. They fought and a winner was chosen without either side backing down or doing anything but fighting to win. It was emotional and great, and fuck, I really want to watch Warrior now.

Grudge Match went the safe and boring route, and it should be judged as such.

Alan Arkin and Kevin Hart were pretty funny at their roles, but the ending of the movie sickens me enough to not care about any of that.

Get out of here wannabe emotional fighting movie. Just, just go away.