What is going on with Chadwick Boseman?

For the most part, he is relatively new to the movie scene. He has had a bunch of temporary roles in TV shows, mostly one offs. But then he got to play Jackie Robinson in 42. Then he got to play a highly sought after draft pick in Draft Day. And now? Now he is doing another biography, but this time not an athlete.

He is going to play James Brown, because of course, Get On Up is his story.

Damn Chadwick. James Brown and Jackie Robinson? Who will he play next, Oprah Winfrey? 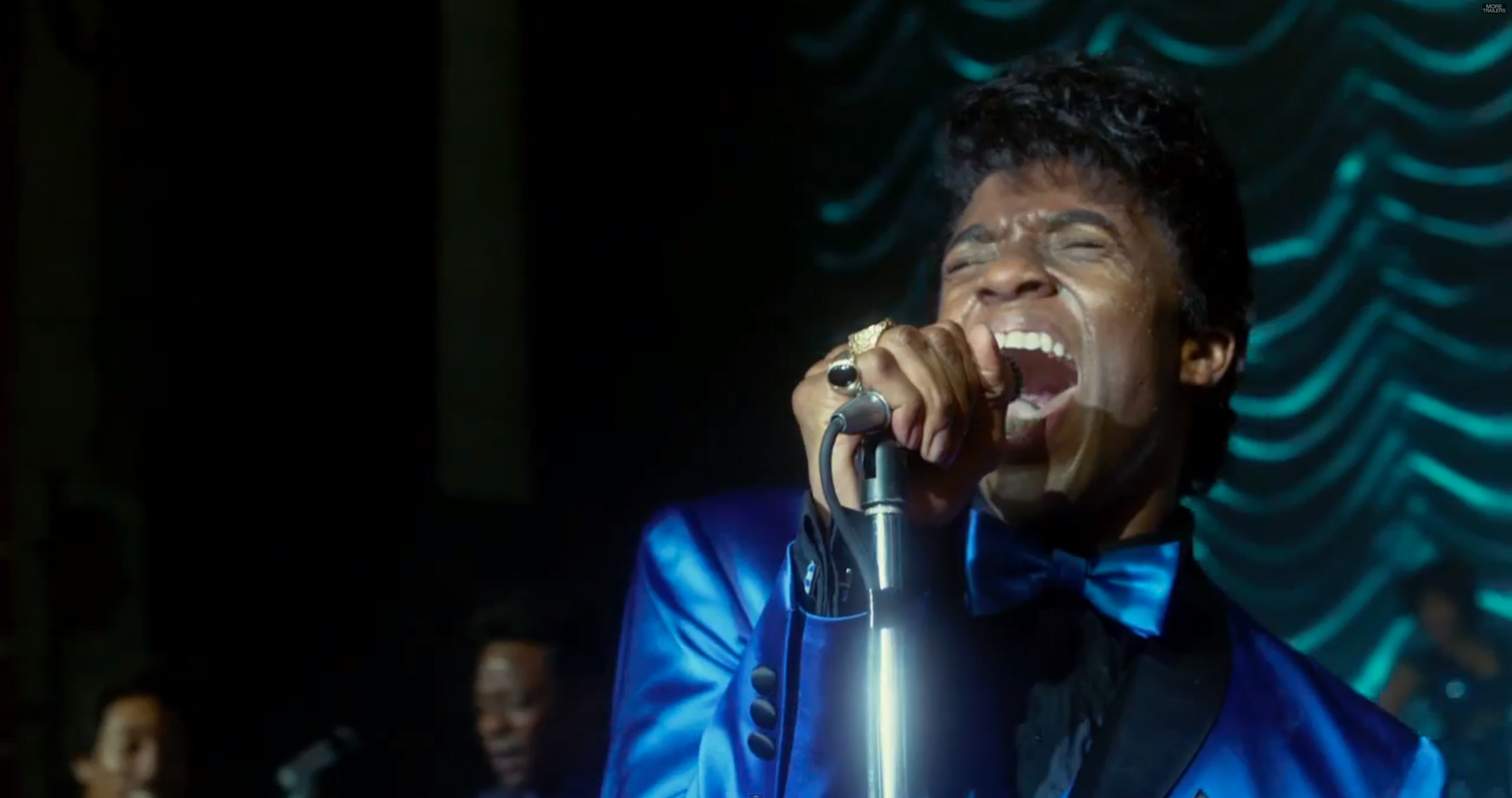 James mother fucking Brown (Boseman). A cultural icon from the 1900s, a man who seemingly was around and performing forever, and in the news for sometimes less than glorious reasons. He came from humble beginnings, living in a small shack in the woods with his mom (Viola Davis) and dad (Lennie James). After that, he was working for Ms Honey (Octavia Spencer), a madame. After that? Prison.

That is where he met Bobby Byrd (Nelsan Ellis), not a prisoner, but a local singer, and James impressed him with his own unique sound. Next thing you know, he is part of a gospel group dabbling in that R&B, and eventually the dabble takes over and James Brown and the Famous Flames become a thing. The rest? Well, you know. Drugs. Wars. Marriage. Kids. Drugs. Friendships. Drugs. Egos. The story basically writes itself.

Featuring a bunch of people, who I will try to write in order of importance: Dan Aykroyd, Jill Scott, Craig Robinson, Fred Melamed, Brandon Smith as Little Richard, and two small cameos with Allison Janney and John Benjamin Hickey. 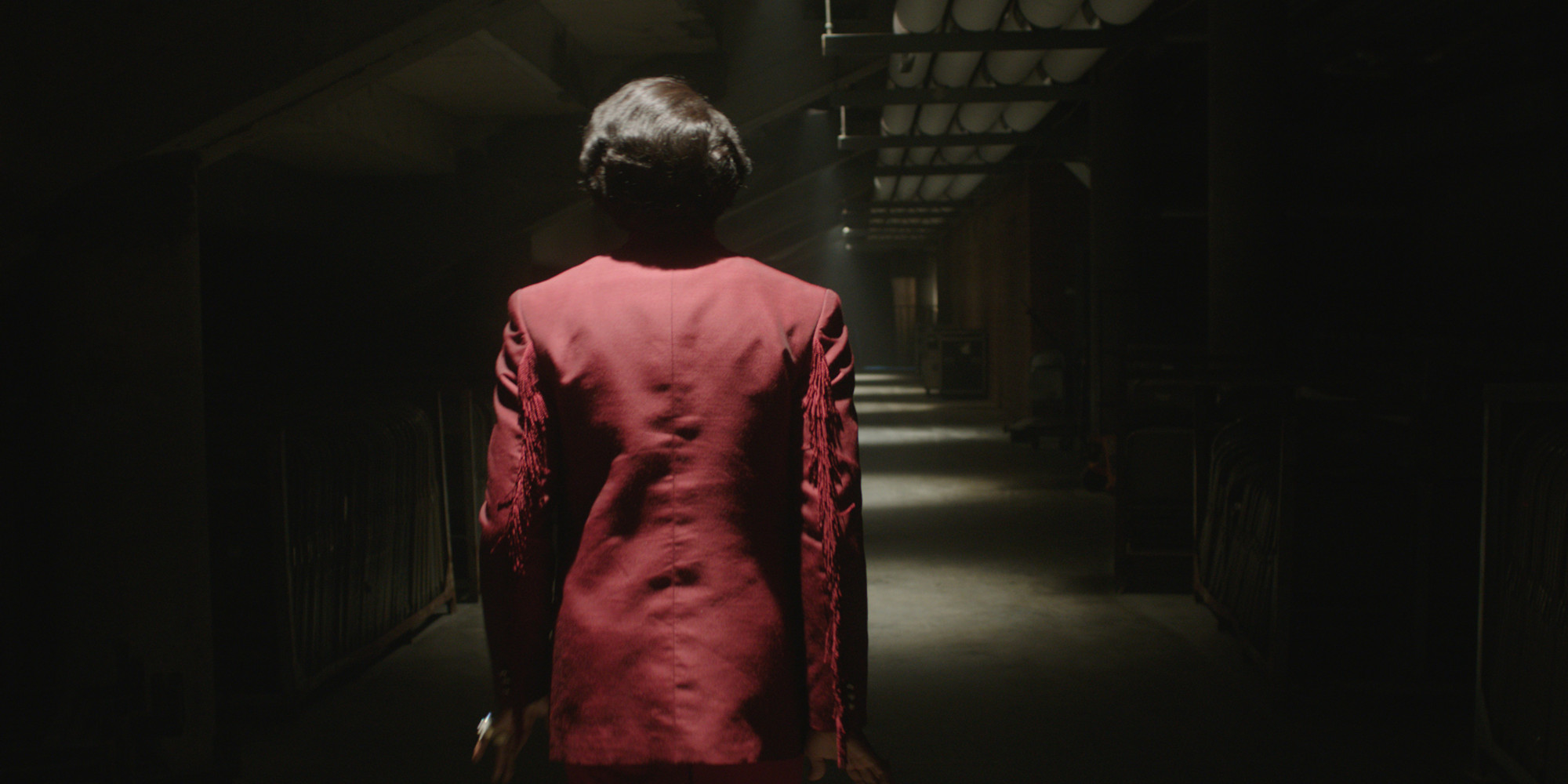 And this isn’t even his final form.

When I left Get On Up, I felt good. I didn’t know that I would. I felt nice too. Not sure how to describe the nice feeling, maybe sugar and spice? Hard to say.

Either way, if I can say anything about Get On Up it is that it is certainly entertaining. A lot of energy was put into the film, especially early on where it seems to go everywhere hard and fast. The movie isn’t told in a linear order, splicing in scenes from his childhood through a slight narrative of events, and finishing those events when the film felt like it. It also featured some breaking of the 4th wall, allowing Brown to narrate his own story to the audience and explain things.

But the real stars of the film are, well, the stars of the film. Chadwick Boseman and Nelsan Ellis. Holy shit. First off, Boseman, knocked it out of the park (its a baseball metaphor, get it?). When he was Mr. Robinson, I thought he did okay, but it didn’t seem like a lot of acting going on. He acted the shit out of James Brown though. He had the voice, he had the moves, he had the charisma. I was a little bit skeptical, but he did a really amazing job.

Nelsan Ellis? I don’t watch True Blood, so I don’t know a lot about him, but the amount of heart in his role was incredible. He looked so sincere about everything and my emotions tended to match whatever he was feeling versus Brown’s emotions.

Some aspects of the film were disappointing of course. All of the music in the film is actual James Brown recordings, so no we don’t get to hear Boseman try out that voice. Probably impossible, I guess.

It didn’t go a lot into his troubles with the law in the last decades of his life, but gave you enough to figure it out.

This film doesn’t make out James Brown to be a saint (probably because everyone knew he wasn’t) and mixes the good with the bad and a whole lot of soul.