I am pretty sure since last summer, people have been hyping up Dallas Buyers Club. Basically, right after Mud came out, that is when people started to talk about the revitalization of Matthew McConaughey‘s career. After all, no one thought that in 2008 this RomCom asshole would ever really be a serious or dramatic actor.

But even Magic Mike had its strangely characteristic moments. This year is clearly McConaughey’s best. Besides Mud, he was also in The Wolf Of Wall Street, about to star in an HBO show True Detective, and of course nominated for Best Actor with his role here. Yet all I really knew ahead of time was that he lost some mad weight. 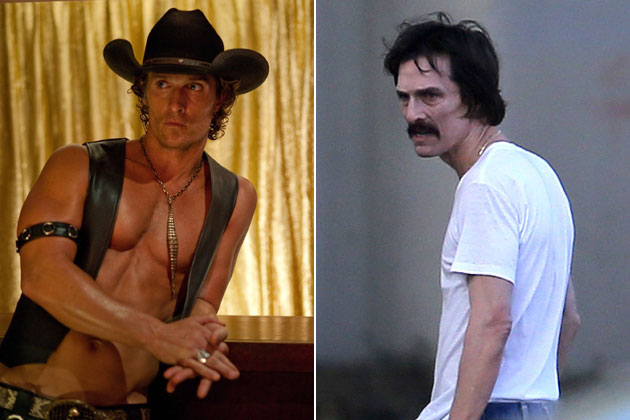 Way back in the 1980s lived a man, Ron Woodroof (McConaughey), a man who liked to gamble and ride in rodeos. Then he was diagnosed with AIDS. AIDS? How can that be? He hates the gays, definitely isn’t one himself! Must be a mistake. Fuckin’ doctors.

Well, it wasn’t. Dr. Eve (Jennifer Garner) predicted he would have only 30 days to live. She put him in a trial, where half of the patients would receive ACT and the other half placebo, and he started to feel like shit. Cocaine that he started didn’t help either. Eventually, when he is almost dead, he finds himself at the hands of Dr. Vass (Griffin Dunne) in Mexico, who lost his license. He hooks Ron up with some better drugs than ACT, stuff that actually works, and wouldn’t you know it, three months later, he is still alive and kicking.

After being alive, he realizes that the hospitals suck, and that he could sell these drugs in America for sweet fat cash. You know, saving lives at the same time, but also that cash. The drugs he uses aren’t legal, just not FDA approved, so it is totally doable. With the help of his now transgendered woman fellow AIDS friend, Rayon (Jared Leto), because she has contacts, they set up the Dallas Buyers Club. You just pay for a monthly membership, and the drugs come free.

That’s some straight up U-S-Mother Fucking-A right there, I tell you what.

Denis O’Hare plays another doctor, trying to fuck over Ron for fucking over his tests, and Steve Zahn plays an old friend of Ron’s, pre-AIDS. 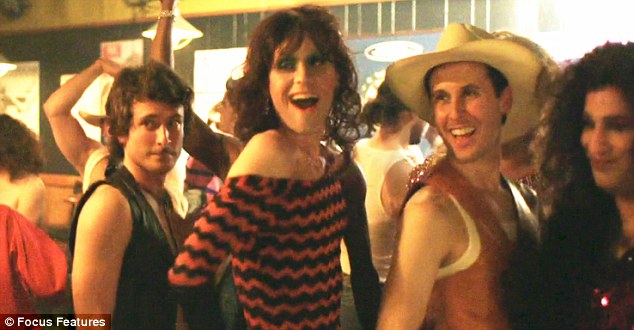 And now for a fun game where we play “Spot the Leto!”

Jared Leto hasn’t been in a movie since like, 2009. So he decides to go back into some acting and what do you know, he wins a shit ton of awards. And yet still, that is still not as surprising as McConaughey’s rise to dominance. Much like people are now saying it is weird to say that Jonah Hill is a two time Academy Award nominee, soon we might ignore the fact that McConaughey was in Failure To Launch.

But I talked about that enough.

Yeah, there is some incredible acting in this movie. And it is a fucking good story. True story, sure, but the story itself is a good one. The loopholes, the fights with the FDA, the drug smuggling, the SURVIVING. Ron survived for 7 years after they said he would die, thanks to his actions, which also helped saved the lives of many more people.

The fact that it was nominated for so many things shouldn’t be a surprise I guess. I liked it a lot, and I guess so did the rest of the world. Fantastic performances, did I mention that?