Theme music, everyone wants some, but no one has any. Unless that someone is Black Dynamite. Originally recommended from my brother, I think I was given an illegal copy of this movie to watch. Shocking I know. But I never watched it. But when I was at a store later and saw it for only $7.50, I figured I’d just grab it and watch that version, easing my conscious. Hopefully yours are now eased as well. 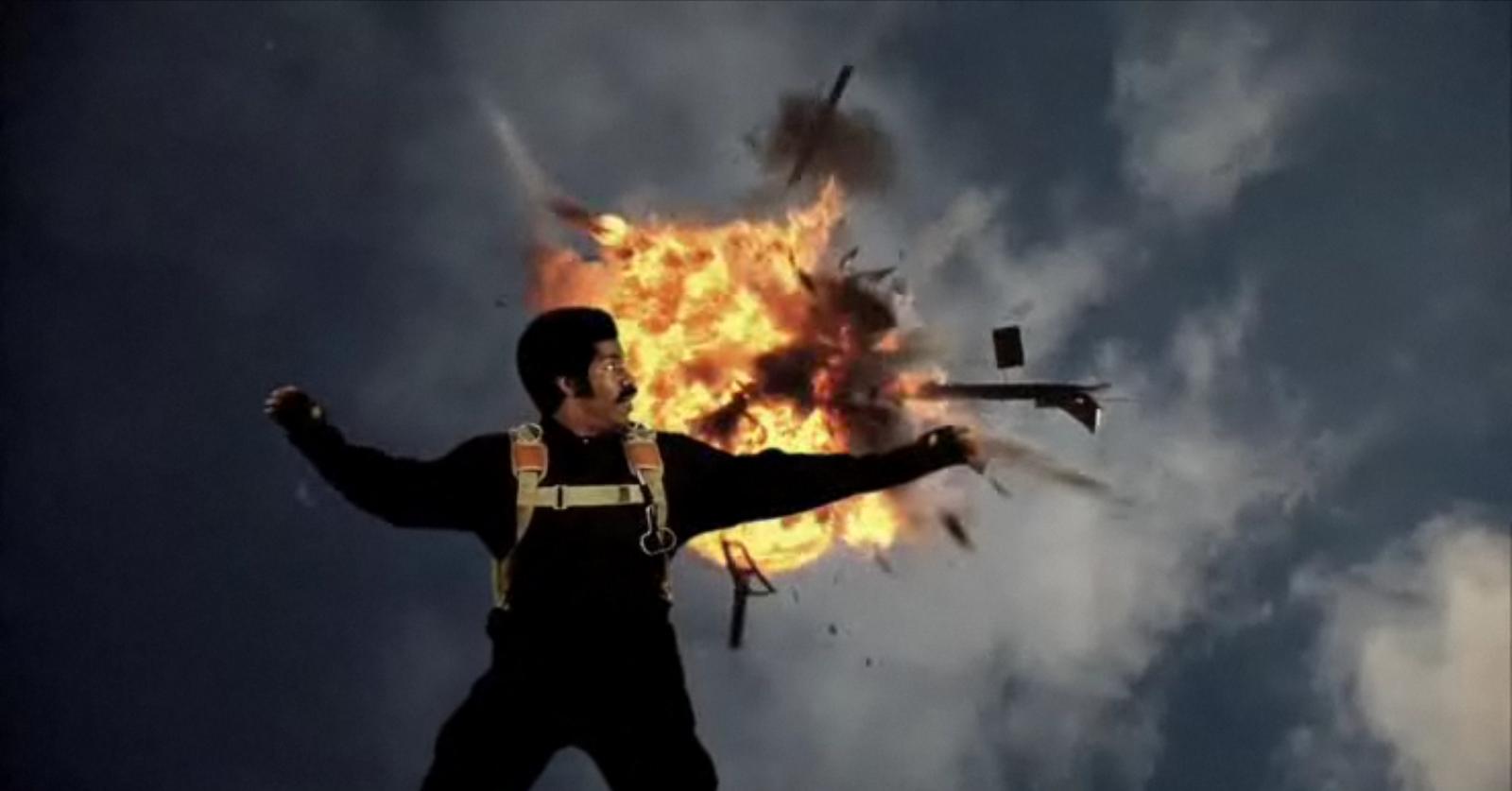 If anything this film taught me the term “blaxploitation”.

Black Dy-na-mite! (Michael Jai White) is a bad ass motherfucker, who kicks ass, takes name, and takes the women as well. He is a former Vietnam veteran, and CIA agent, but left because e was too amazing. But when his brother Jimmy gets killed through mysterious means, e gets back into the game to find out the culprit. He is re-recruited into the CIA by O’Leary (Kevin Chapman) so he doesn’t go on an unsupervised rampage.

Eventually Black Dynamite is able to team up with some local gang leaders to “take back the streets”. Once they realize local orphans are hooked on heroin, he vows to clean up the drugs and anyone who pushes them. Part of his posse includes Cream Corn (Tommy Davidson) and Bull Horn (Byron Minns). Not to mention other characters who help briefly, such as Osiris (Obba Babatunde) and Tasty Freeze (Arsenio Hall).

During his mission and investigation, he also runs into Gloria (Salli Richardson-Whitfield), a political activist who wants to make the city better, get good politicians, and get the kids off of drugs. The classiest woman he has ever met, basically.

But who is supplying the heroin to the kids on the streets? Why is The Man being so secretive about Jimmy’s death? Just where is Kung Fu Island? How does Anaconda Malt Liquor make you “Ooooh!”? 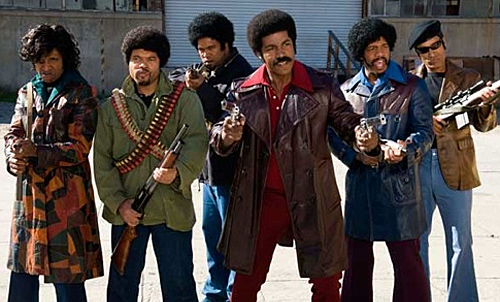 These guys are “Meaner than two fat motherfuckers wrestling over pork chops and greens, can you dig it?”

So what makes this movie good? The answer is pretty much everything. Spoofs are a hard genre to pull off, because preferably behind it all is a level of intelligence or wit, and not just the characters being spoofed doing fart jokes or just slapstick. This movie parodies a lot of quick movies from the 70s and 80s, with a powerful black character, bad acting, bad editing, over styled color schemes, and super hip lingo. A Shaft-like movie, if you care.

The filmmakers pay incredible amounts of attention to detail, at the elements that make it seem like they weren’t paying attention. Everything is intentional in the movie, and its awesome. From badly edited scenes (a fight scene that is redone but shows both takes, obvious differences in a characters face during a dialogue from cutting back and forth), to the cheesy dialogue, to the fight scenes and ridiculous plot, to the most ridiculous Jeff Goldbloom-esque word association game to find out the clue.

Michael Jai White obviously kicks a lot of ass, which is a general theme of movies he helps direct/write. The movie was successful enough to spawn a cartoon of the same name, which I haven’t seen yet, but can’t wait to watch. You don’t have to be a fan of the genre of films to enjoy this movie, I can’t say I’ve seen any of them myself. But still, this is a great film to watch with others and enjoy the finer things of life in the 70s.