Hey, did you read my review of Quartet? Probably not. Well, long story short, it wasn’t good.

I also noted my confusion over thinking it was a different film, called A Late Quartet. Realizing there were two different films of similar themes and titles around the same time cleared up all my confusion. It totally isn’t my fault I thought they were the same thing, but I will take the blame like a real pseudo-anonymous internet person. 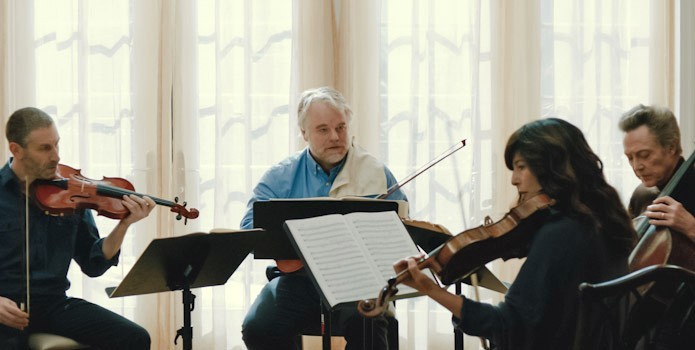 It is dvdsreleasedates.com‘s fault, I swear! I am innocent!

The Fugue Quartet is a pretty big deal. That is two violins, a viola, and a cello, for you music noobs out there. For those music experts, they are also a made up quartet, so don’t go looking for them. They were made decades earlier, and have been kicking ass for a long time.

But poor Peter Mitchell (Christopher Walken), the quartet’s founder and cellist. But he is developing Parkinson’s disease, so his playing days and living days are both soon to be over. After telling the group, certain issues and drama arise, which can break apart the very fabric of the group.

Robert (Philip Seymour Hoffman) and Juliette (Catherine Keener), second violin and viola, met via the group, fell in love, got married, and had a daughter Alexandra (Imogen Poots). Well, Robert is thinking about asking the group if the two violinists can split shift their duties, apparently a big no no in music groups. Even worse, his wife thinking the other dude is better than him.

The other dude being Daniel Lerner (Mark Ivanir) a very talented violinist, who they get to also teach Alexandra some tips while she finishes high school. Unfortunately, he decides to give her a different, extra tip.

Can they find a replacement for Peter? Can love survive the marriage or the strange agely different affair? Can Daniel let Robert play some better violin? WILL THE EARTH CRASH AND BURN FIRST? Why is Wallace Shawn in this movie?! 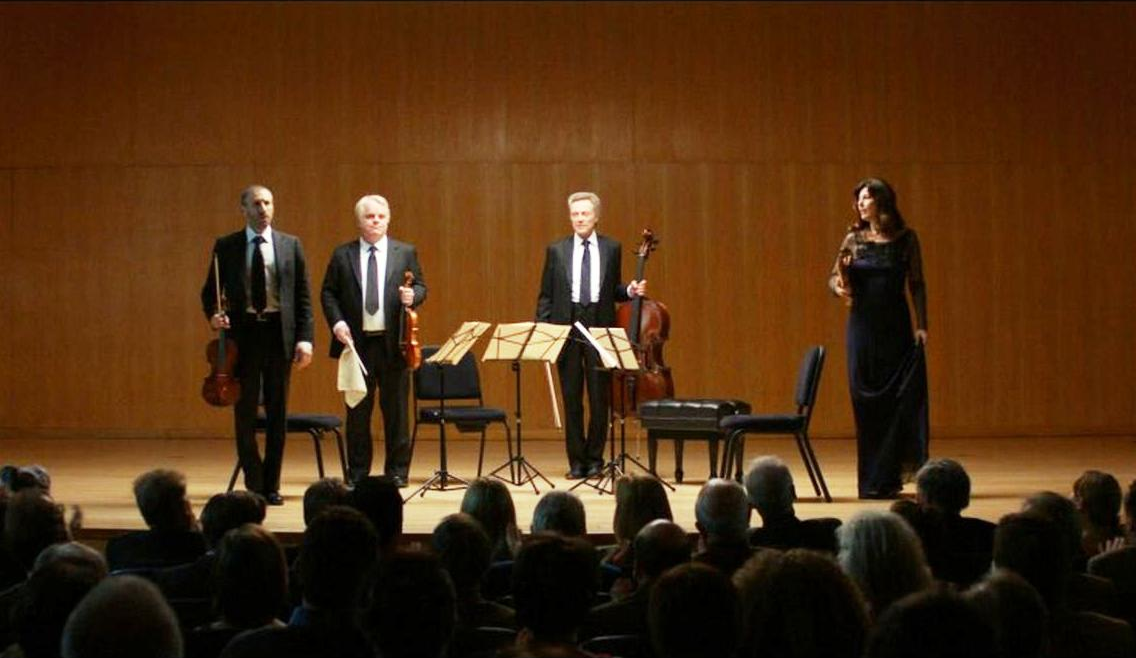 They are about to perform? MY BODY IS READY!

What happens when you take four incredible actors and make them act in a movie? You get good acting! Okay, I never heard of Mark Ivanir before, but he was just as vital and good in this movie as the other big three.

For Christopher Walken, he is still in tons of movies, but it seems more often than not they are making him play a joke version of his actual self. It gets kind of annoying, and you can tell he isn’t trying too hard. In this film, he gets to play a real role and act, and does it well. He had a very emotional moment near the end in particular.

Philip Seymour Hoffman had to play a man realizing he isn’t the best, and that everyone around him knows it. He doesn’t want to be the best second violinist in the world, he wants to lead the group darn it.

Catherine Keener had an amazing scene with Imogen Poots, mother to daughter, and it was so shockingly realistic, it hurt me so.

This movie lets classical music be the back drop and score, making it a bit fancy. It also created an atmosphere making the viewer feel as if they have known the group their whole lives, instantly knowing everyone personally.

More importantly, it shows the group playing music as well. Quartet didn’t really show the people singing. Obviously the actors didn’t play the songs themselves, but it looked like it. We didn’t just get a big tease for a grand show, and then you know, not get it. Fucking Quartet.