Anton Yelchin has passed away at 27 thanks to a freak accident at his home. This is terribly sad and tragic news. A young death is always hard to wrap your mind around and I don’t think I will really understand he is gone for a few years. He has five films on his IMDB, at the time of this writing, is five films, so he will still be gracing us with his presence for months to come.

I always try to quickly review a film of a recently deceased actor, if possible, as soon as I can as a sort of tribute to them. This review is actually up on the site just two days after the passing, my quickest turn around. Yelchin has been in a ton of films I haven’t seen so there was plenty to choose from. Thankfully, for the films I have seen, he has consistently given his best and never been part of a film I absolutely hated. From Star Trek, to Green Room, to Like Crazy, to Fright Night, to Charlie Bartlett, to fucking Odd Thomas, his range of characters is pretty great.

And it sucks that with his early passing the world has lost such a great acting potential. Who knows where he might have taken his acting? Would he have an Oscar? Does complaining about the loss of talent make me an asshole? Who knows.

But now I am reviewing a film, 5 to 7, recommended by another critic last year. And I will probably go back and watch a lot of recent films from him because I probably should have watched them before. But now I’m rambling, woo new movies!

I’m not crying, it’s just been raining…on my face.

Brian (Anton Yelchin) is a typical New Yorker. He is living as a writer, but nothing he writes is getting published. It is okay, because his parents (Glenn Close, Frank Langella) have money and he doesn’t have to rush to a job. They want him to go to Law School, but they will let him try writing for now.

Then Brian meets Arielle (Bérénice Marlohe). He sees her smoking a cigarette, so he walks across the street to join her. Suave as fuck. She finds him charming so she invites him back to smoke next week, and since he shows up, she invites him on a date later on from 5 to 7 that night. A very specific time because it has cultural meaning.

The 5 to 7 time in French culture at least is a more open time for couples, where they can be off doing anything and it not really be suspicious or weird. And it has grown to mean a time when you can hang out with your paramour. Brian didn’t know about this, so he was very surprised to find that Arielle had a husband (Lambert Wilson). But he is aware of Arielle dating Brian, and hell, he has a side woman as well (Olivia Thirlby). They are just an open couple who know they need companionship outside of their marriage and their family. Yep, kids too.

Brian is young, 24 or so, but he really likes Arielle and cannot stop thinking about her, so he gives it a shot. He has to realize that he is the side bitch and can only see her romantically a couple hours a day. No romantic weekend getaways. No late night parties. Just a little bit of intimacy. And that is a weird thing to get used to. 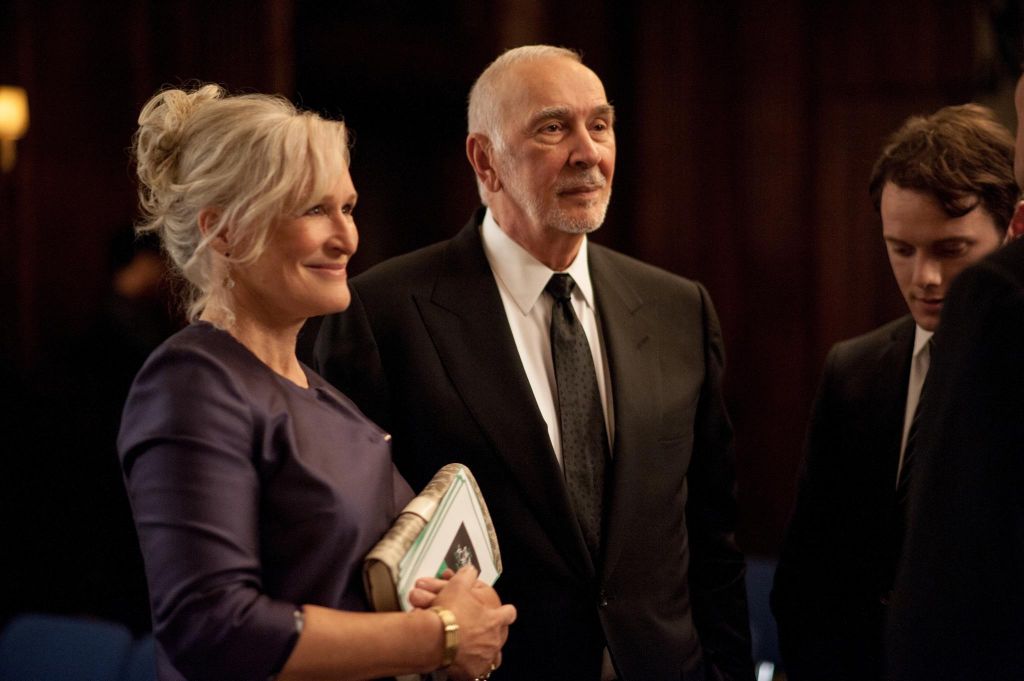 Shit, if I had them as parents, I would probably just write all day too.

I was a bit worried going into this movie. It felt like a romantic comedy. I knew it wouldn’t be typical, but I have seen a lot and it is hard to make something feel unique and different. Hell, when they introduced the dad’s mistress, I was worried this would turn into a What Maisie Knew situation. Without going into too many spoilers, it flirted with that specific scenario, but thankfully still surprised me.

The best part about 5 to 7 is that it felt real. Brian was a young and inexperienced kid and not the best flirter, so their first interaction was awkward. I almost judged Yelchin and thought it was just bad acting, until I realized it was supposed to look pathetic and made perfect sense. Brian wasn’t perfect, Arielle wasn’t perfect, everyone in this movie had flaws and felt realistic. Hell, the parents bickered and argued, but you could tell there was love there and understanding.

So thankfully 5 to 7 featured fantastic acting from all the major players involved. And the story is pretty unique despite dealing with a subject matter in films before.

If you want a realistic movie about extramarital affairs, that are parts of open relationships, and how it affects the lives of everyone involved, 5 to 7 is a pretty good choice. If you want to just see a well acted film, 5 to 7 is still a good choice. At times amusing, other times sad, 5 to 7 is probably the whole package for a film.

I first was going to give it a 4 out of 4, but I am sure that is just my emotions taking over. The reality is the film was sad, but I never was able to fully connect with it emotionally still. I didn’t cry and really, how great can it be if I don’t cry?!