To get things started, I never saw an episode of Mister Roger’s Neighborhood until I was 27 years old. And now, since then, I have seen about 1 and a half episodes. There are no Fred Rogers nostalgia bones in my body, because I just watched different things. My parents didn’t put it in front of me, and that is that.

I have seen a shit ton of Daniel Tiger’s Neighborhood, because I have kids, and it is relatively swell. I think it raises good points and has easy enough songs to help relate to real life.

Now, I knew about Mr. Rogers growing up of course. I probably made fun of the concept of him, because I was a little shit. Late on in life, I’ve realized how incredibly awesome of a person and a man he was and how much difficulty even someone like him faced on getting his simple message of positivity out there. And really, that is just stuff I learned from memes.

I was really excited for a fully detailed account on his life and his struggles. And so despite the lack of nostalgia, I went in excited to see Won’t You Be My Neighbor?, knowing that I could learn a lot about both a man, and how I should personally be a man. 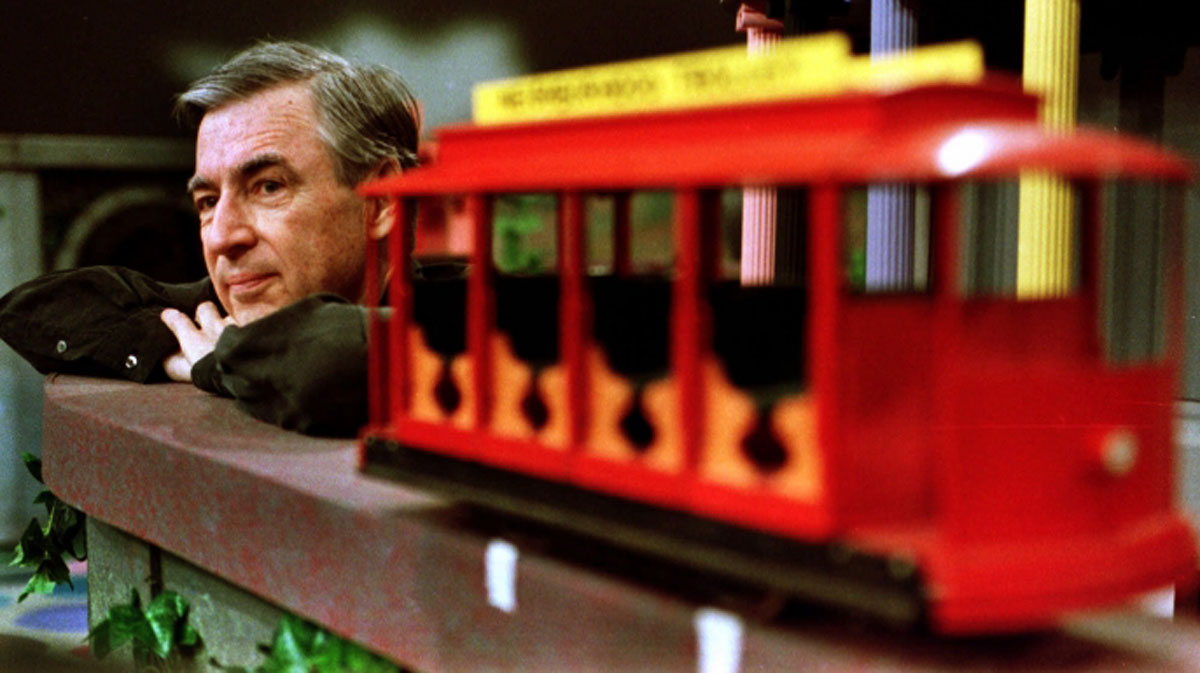 That’s one small gesture for a man, and one giant leap for mankind.

This documentary gives us the whole Rogers story. How he first got involved with TV in the 60’s, his first show, and how things evolved from there. We had archive footage for him to tackle all of the biggest events, from the Robert Kennedy assassination to 9/11. Whatever happened, Rogers was there.

He didn’t dumb things down. Sure he talked simply. He talked slowly. He talked like someone who was willing to listen. But he still talked about hard topics that kids would hear and need help fully comprehending, instead of bottling things inside.

It is incredible the journey this man went through, and what he did for human rights. I definitely cried at least three times during this documentary, so I cannot imagine what someone will do who lived and grew up with Mr. Rogers. You will be bawling your eyes out from start to finish.

We also gain a lot of insight on the show from former crew members, actors, and guests, including Yo-Yo Ma, and of course his wife, Joanne.

Next year we have a bio film coming out as well, with Tom Hanks in the lead called You Are My Friend. I am sure it will be excellent and probably focus on just a small part of his life. But good or bad, I will be content knowing that this documentary exists and is a truly worthy piece of art for a worthy human being.