But this one is based on a book, so it gets a pass? Nah, the first of the six book series was made in 2007, so it was just riding the supernatural romance wave that Twilight had created, like all of the other similar books and stories. 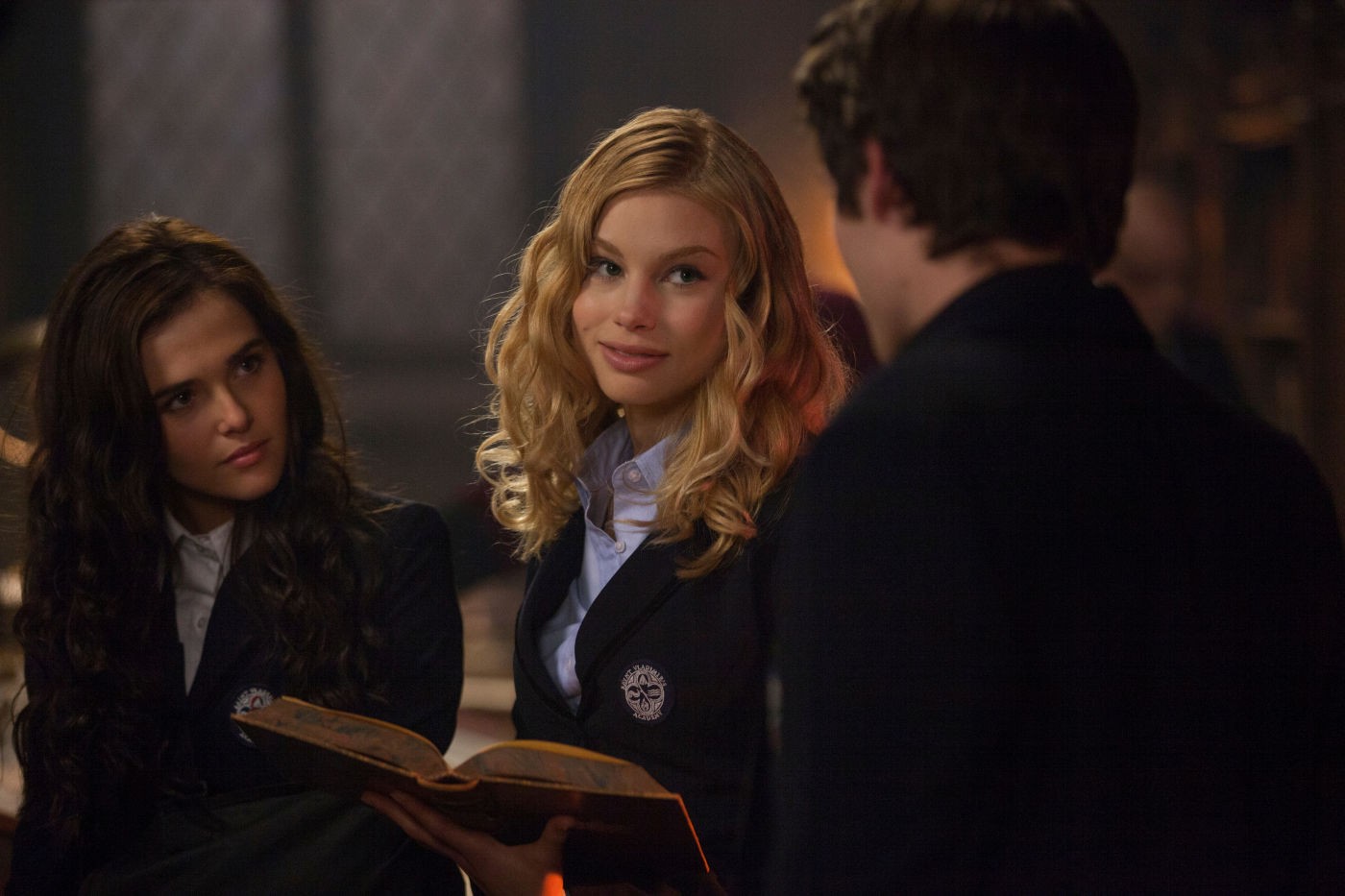 “LOL we are totes unique right?”

Rose Hathaway (Zoey Deutch) is a totally weird teenager. We know this, because she says so, and people who say they are weird are usually the weirdest people. (That is a joke). She is a Dhampir, which has small amounts of vampire associated with it. Not a full fledged blood sucker. No, those are the Moroi, and they are the best of the vampire types. They have royal bloodlines, and generally the Dhampirs serve as their protectors. Like her best friend, Lissa Dragomir (Lucy Fry), a vampire princess.

Both of these types are mortal. There is a third type, the Strigoi, who are undead and evil and immortal. They are much stronger and cause a lot of havoc, and can advance their species through their bites. They hate the Moroi. There you go, the plot in a nutshell.

The movie begins with them having escaped from the Vampire Academy for some reason. They felt unsafe there, and would rather live in the real world with the Strigoi. But then they get captured and brought back. Lame. High school. Cliques. Prom. Ugh!

Unfortunately, when they get back to school, everyone hates her, including one adulterous whore, Mia (Sami Gayle) who is hopefully behind the threats coming after Lissa at school, and not someone more sinister.

Starring Danila Kozlovsky as Dimitri, a powerful Dhampir bodyguard, Gabriel Bryne as Victor Dashkov, a royal, and Sarah Hyland plays his niece. Dominic Sherwood plays the dark and brooding love interest, Cameron Monaghan a friend vampire who never gets the girl, Olga Kurylenko as the headmistress, and Claire Foy as a missing teacher no one cares about. 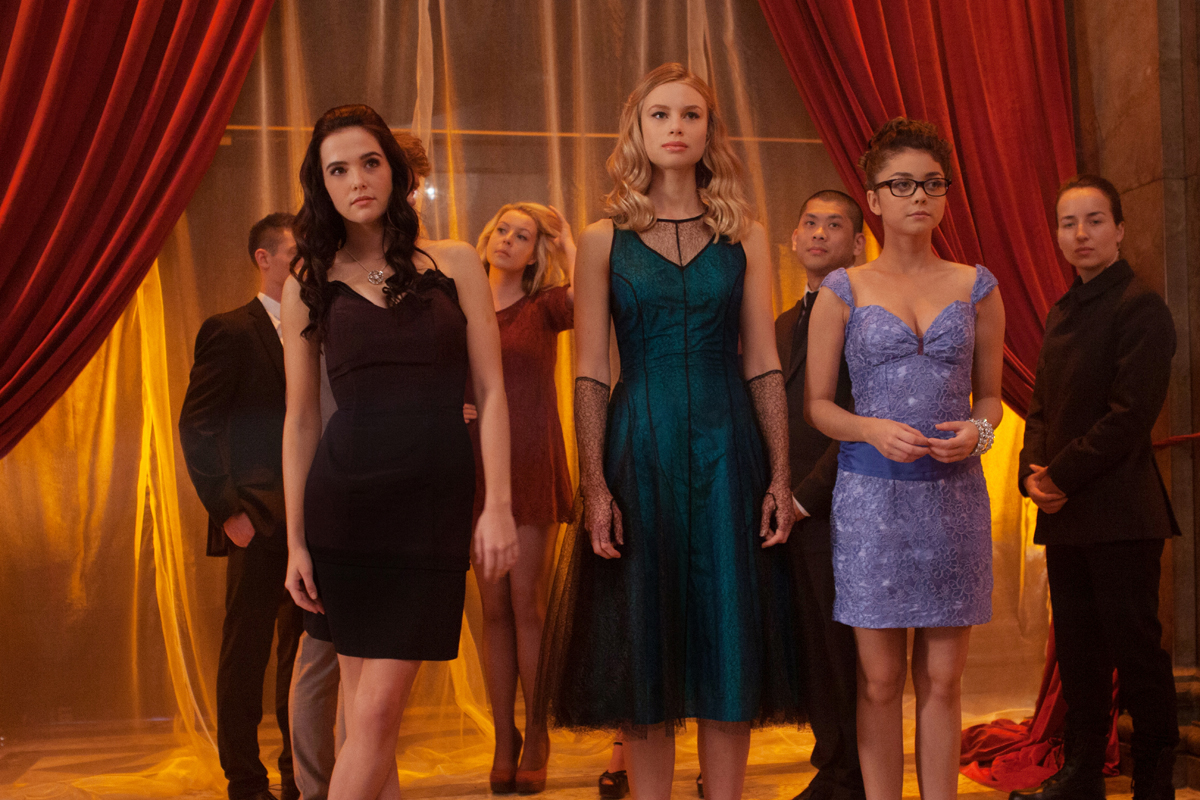 Technically not prom, because they are their own school thing, we all fucking know it is just prom.

Vampire Academy, the movie, was directed by the man who directed Mean Girls. Fun fact! When I first saw Mean Girls, I knew it was an amazing movie, and it has held the test of time. This director does not mean instant success, although I guess there were some similar thematic moments between the two. In terms of how people react to people.

But the entire plot felt rushed. Everything happened so fast, time changed so quickly. The entire point of the movie was “Hey Vampires! They are just like people, being all catty and shit”. But, as I said already, it has been done to death before. The characters don’t feel unique. Our main gal Ruth is a fast talker, but she never really does enough early on to earn that cocky attitude. Who am I kidding, by the end, she really still doesn’t do enough to earn that attitude.

Certain plot lines began in the movie, and then they just kind of felt forgotten about by the end. I guess they are hoping this six book series becomes popular enough to turn into seven movies (because you will have to split the last one in half), and in books stuff like that happens. But is almost unforgiveable in a movie, in my opinion. The ending itself was a sort of cliff hanger, and it made me feel robbed of an actual story line. Clearly, the story line that was hinted at was way cooler than the one this movie actually gave us, where at no point did anything feel serious or threatening.

Let me just say, having the relationship between student and old dude was also super awkward. Why are you doing this movie? Why?

Maybe the movie was actually okay and I am a bitter old man. Or, or, hey hey, listen. Or maybe. Maybe it just sucks.