I went in to see The Wolverine with one thing on my mind. It couldn’t be worse than X-Men Origins: Wolverine. What a terrible movie. Maybe the worst big comic movie since Superman Returns.

Basically, the bar is set pretty low. So as long as the plot makes sense and there are some decent action scenes, I will probably find it okay 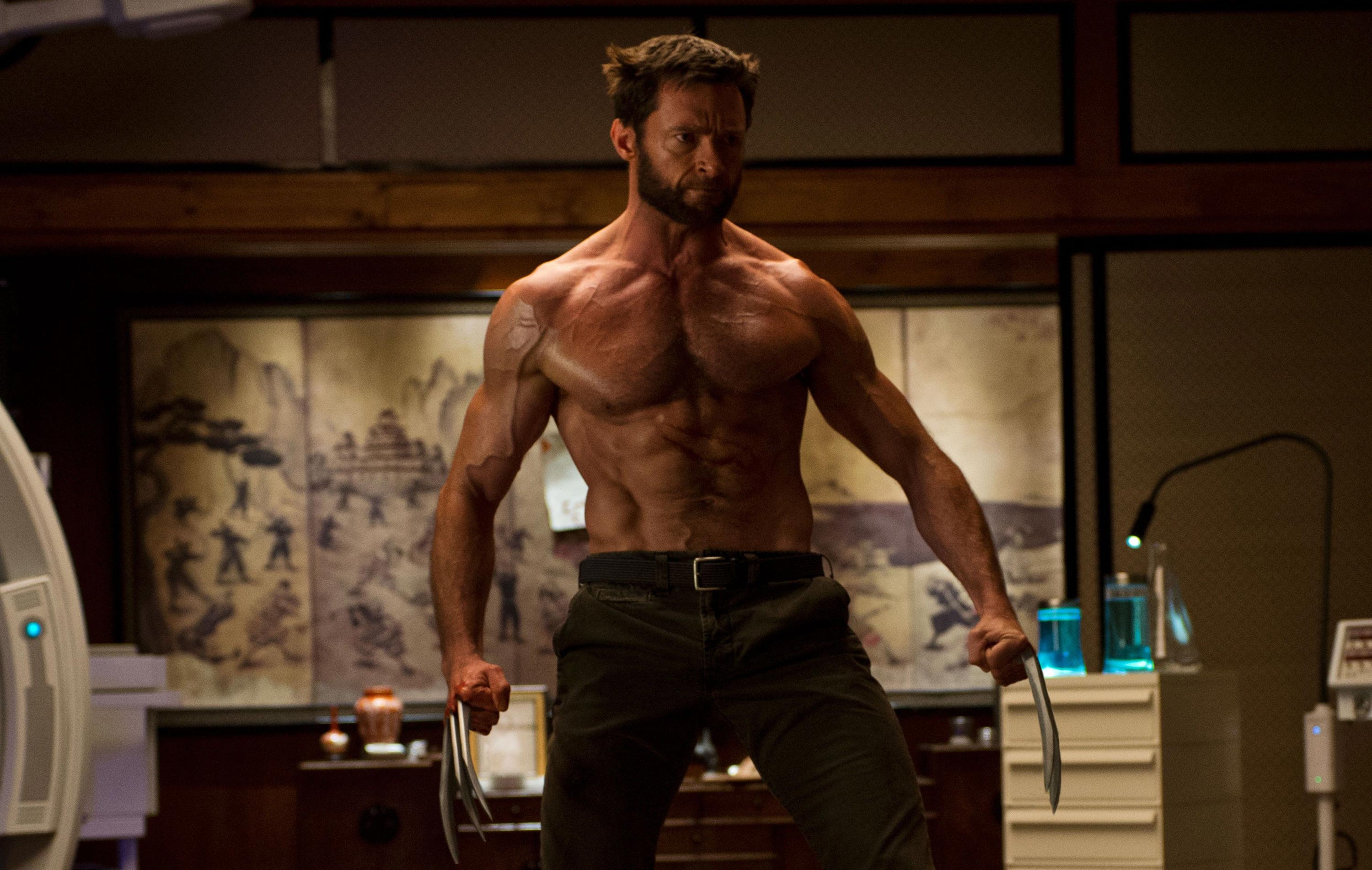 There are gratuitous amounts of shirtless scenes as well. Dem veins.

This story takes place after the events of X-Men: The Last Stand, with some flashbacks before half of the events in X-Men Origins: Wolverine. Jean Grey (Famke Janssen) is still dead, she just happens to be haunting the dreams of Logan / Wolverine (Hugh Jackman). Logan has now escaped to the Canadian wilderness to be left alone.

Enter Yukio (Rila Fukushima), a spunky young Asian woman who can see how people will die (not a mutant) and will not leave Logan alone. In Nagasaki, right before we dropped that big bomb, Logan saved a young general’s life from the blast and radiation. Mr. Yashida (Hal Yamanouchi) became one of the richest people in Japan after that incident! Now, he is about to die, and he wants Logan to come to Japan to say goodbye to the man who saved his life.

Of course, Mr. Yashida wants more than a goodbye. He still wants to live and he believes he can offer Logan a way to finally die by transferring his healing powers. Interesting proposition. Logan also stepped deep into a company power struggle. Yashida’s son Shingen (Hiroyuki Sanada) thinks he is gaining control of the company, but it is actually going to the granddaughter, Mariko (Tao Okamoto). To make matters worse, the Yakuza and a ninja clan (including Will Yun Lee) are also involved!

At the same time, Wolverine gets poisoned by Viper (Svetlana Khodchenkova), the only other mutant in the movie, causing him to lose most of his healing ability. Oh no! He has to fix all the kidnappings, act as a bodyguard, figure out who is the biggest asshole in the room, and try to not die. Typical Tuesday.

The plot is actually a bit confusing. Apparently everyone is a bad guy! The ending attempts to wrap up the multiple plot lines with a big reveal, but instead a few of the plot lines no longer make any sense. Those plot lines remain unanswered the rest of the movie, swept under the rug, hoping no one would notice.

Alright, so the plot is a mess. (Nerd Quandary: In X2 we found out that Logan’s memories after his Adamantium surgery had been wiped. It was explained in X-Men Origins: Wolverine that those memories were lost thanks to adamantium bullets to the head. He only regains a few memories thanks to Xavier’s help, yet he is supposed to remember World War II? Hmm…)

The next thing I have to look at is the action. There is a really interesting train scene that is visually pleasing. The arrow/ninja scene had a great take down. But outside of those two moments, everything was lackluster. The final scene felt really cheap, and a lot of that has to do with Viper as a villain. She is a mutant and has powers, but they are never really explained. She just does more and more snake like things throughout the film, but it all just feels fake. She is also incredibly pointless in the long run.

Crap, I didn’t know what my rating would be until I got to this part of my review. Turns out I disliked it more than I thought. STILL better than X-Men Origins: Wolverine. Far better. The story at least tries to be interesting, and gives some entertainment value. Unfortunately, relooking over the experience, it was overall less than stellar.

We can all feel good at the fact that X-Men: Days Of Future Past comes out next year. It happens to be one of the most ambitious film ideas I’ve ever heard of, and the subject of the scene in the credits.