EuroTrash is a word I have never used on my website before, but I am starting to think it is time.

There is a genre of films that seem to want to give action/thriller/dramas, they set them in Europe, and take them all over to various major cities and countries. This lets them show off Europe and get very different visual patterns, regardless of whether or not they are useful to the plot. One could argue something like Spectre was a bit of WorldTrash.

But one man does EuroTrash better (worse?) than anyone else, and that man is Luc Besson. Besson is basically the Gorgon Reviews antithesis. Everything he has touched since The Fifth Element is shit or whatever one step above shit is.

I, like a lot of other people, watched the entire Transporter trilogy. I wondered how and why each sequel was made, as the quality decreased despite never starting out high. One or two cool action scenes does not an interesting film make. But at least we got some Jason Statham.

Now we have The Transporter Refueled. A reboot, with no Statham, but the same boring EuroTrashy Transporter vibe. Fuck this, Besson. 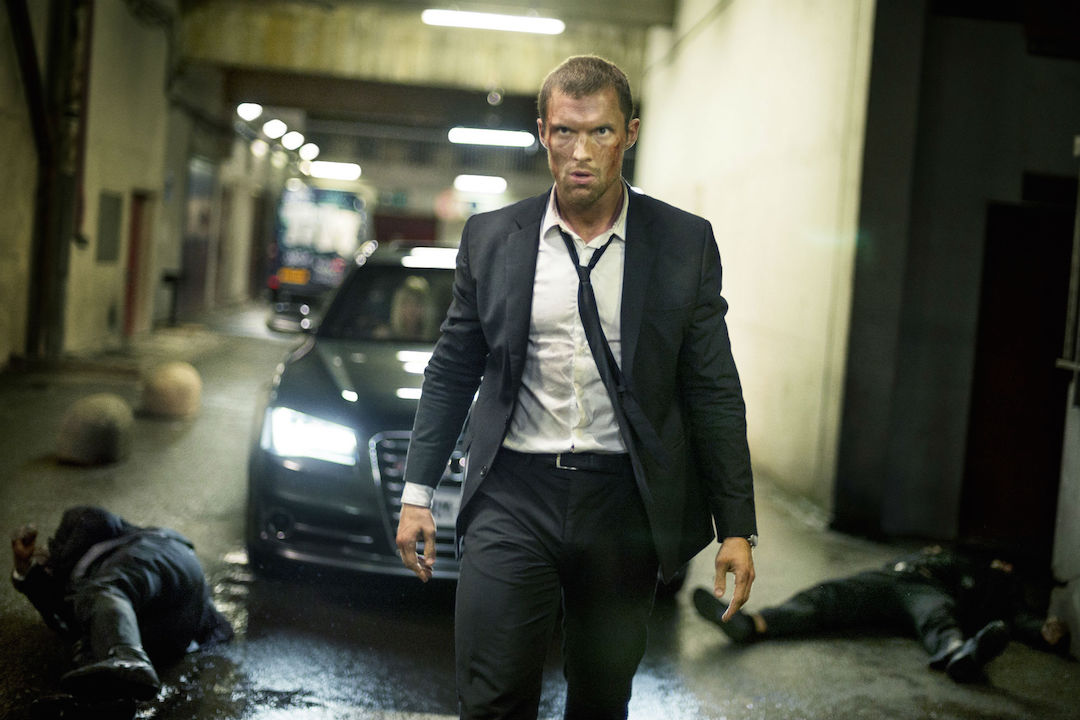 Oh he wears a suit, that is what makes this one stand out.

Frank (Ed Skrein), aka Transporter, is a dude who delivers packages discreetly for high profile contacts. He doesn’t ask questions, he doesn’t ask for names, and he doesn’t change things in the middle of a run. His dad (Ray Stevenson) used to do the same job, I think. Honestly I don’t remember too much about it, except that he is finally about to retire from whatever.

Frank gets a job offer from Anna (Loan Chabanol), who of course he doesn’t know anything about. But later that day he is to pick up her and two sort of large packages and then transport them. He didn’t expect that the packages would be two other women (Tatiana Pajkovic, Gabriella Wright) who are dressed up just like her.

Turns out he just became part of an elaborate plot by a few prostitutes to kill Arkady Karasov (Radivoje Bukvic), a human trafficker, who abused Anna. But they are going to extreme measures, and they even kidnapped Frank’s dad to force him to comply. What the hell ladies. 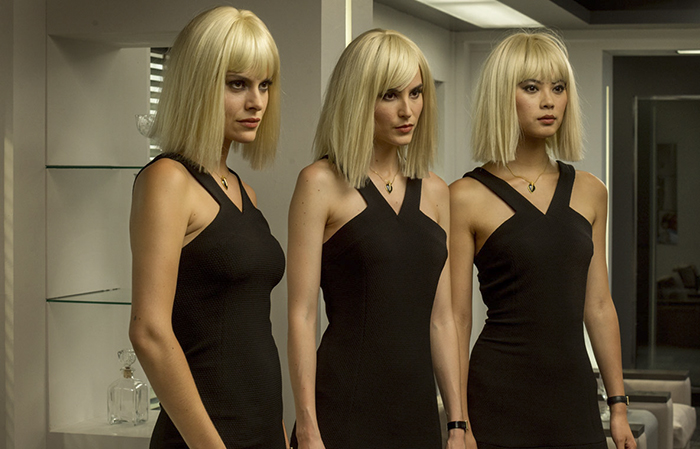 They are all dressed up as classy Leeloo.

Fucking EuroTrash. At least in this film he technically doesn’t go all over the place. But because he is a driver, we get some car chases through classic European cities, with their silly looking license plates.

The Transporter Refueled was a bore, which means it is basically like the other previous three Transporter films. There were two remotely interesting fight scenes. The plot was convoluted. The acting was piss. The characters were far too many and far too unimportant.

This film is 100% a waste of anyone’s time. Even the five of you who may have been hoping for a new Transporter film, Statham or not, will probably be disappointed. The action itself is mostly generic and this is the type of filth that should be going straight to DVD and not wasting a screen in those poor movie theaters.

Follow up, damn you Luc Besson. The next terrible thing he is bringing out is Lucy 2, so you know it will also be shit.