The Mortal Instruments: City Of Bones is the next book series turned film franchise to attempt to sweep us off our feet and make that preteen money. Twilight let everyone know that supernatural teen romance/action books could be popular.

Of course, I have never read this series. It is currently up to five books, with a sixth one on the way. What I do realize is that this title is far too long. It really should just be called City of Bones. I try to save time by watching movies, I don’t want the title to be as long as book! 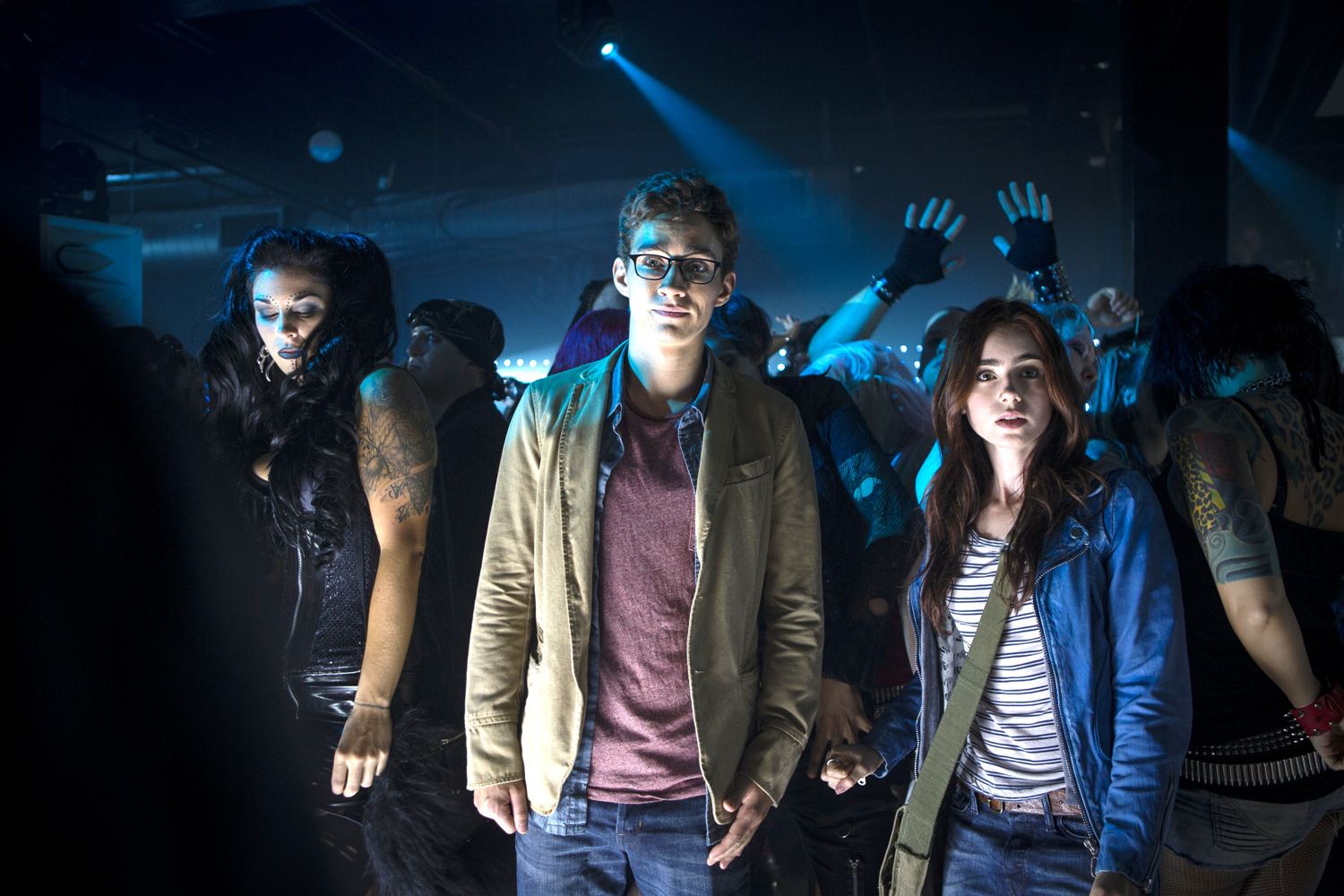 If you look closely, you might be able to see that she is actually a moose.

Thankfully, TMI:CoB is set in modern times, in New York City. Clary Fray (Lily Collins) is your average almost adult girl and she lives at home with her single mother (Lena Headey). She is getting pretty angsty, because it is near her birthday, and she is obsessively drawing strange symbols around her house.

Her best friend is Simon (Robert Sheehan), and for whatever reason she doesn’t understand that she is totally leading him on. They go out to a club and she witnesses a murder that no one else can see. Yep, she is going insane. Then she realizes the boy she saw, Jace (Jamie Campbell Bower) is following her. Creeper alert.

What she doesn’t realize is that she is going to discover a world, hidden in our own. A world of shadow hunters, demons, angels, witches, and more, and it is her destiny to help and try to save the day. Or at least just find her mom, who has been kidnapped. 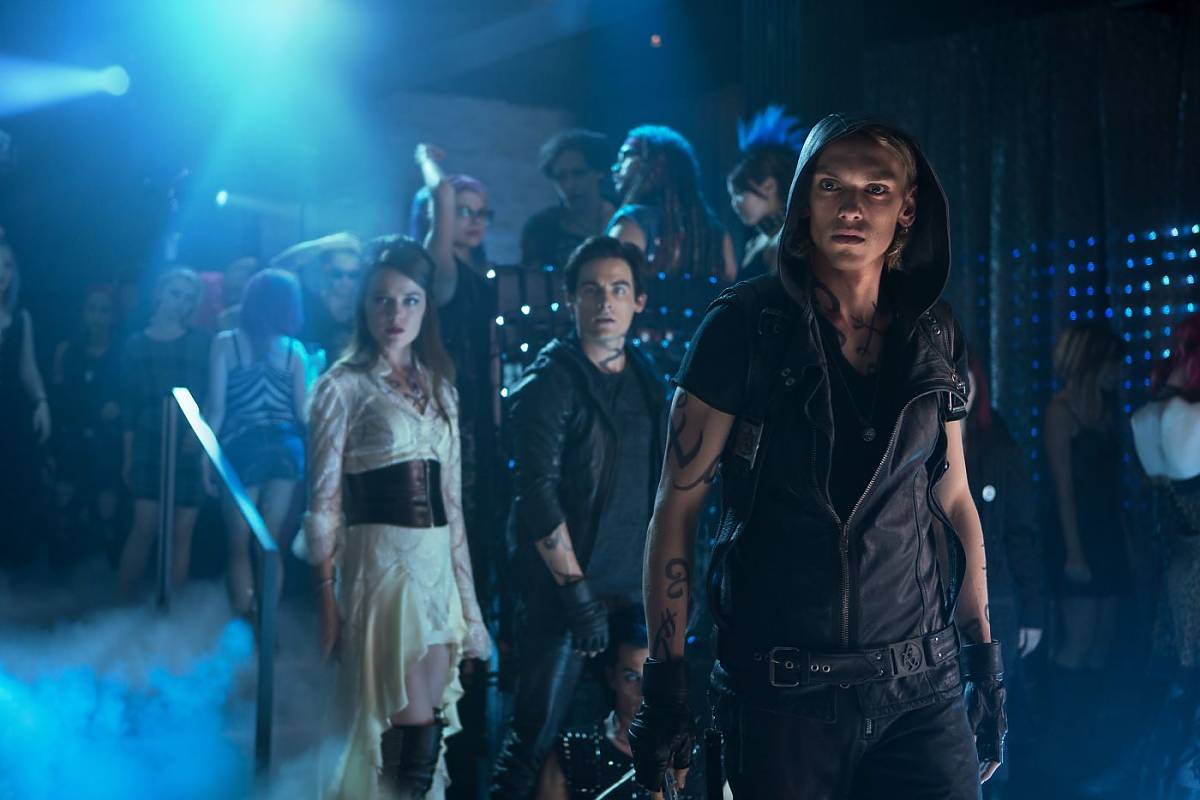 Here are the other main members of the cast, also in the same club. Yay dancing.

I think The Mortal Instruments would have worked better as a TV series, a la The Vampire Diaries, and not a full fledged movie franchise. Like it or not the sequel, City of Ashes, is due for a release late next year, so they are really hoping this series takes off. Not all franchises are destined for greatness however. The Golden Compass at least had the brains to wait to see if the first one could make any movie before announcing the sequels would happen.

Unfortunately for them, it looks like TMI:CoB is destined for failure.

A lot happens in this movie, which is good news since it has a 130 minute run time. Outside of the things I listed before we are also given werewolves and vampires! Roughly all fantasy elements seem to be in this hidden universe, which gives them plenty of time for more shenanigans and future plot lines. It is almost as if they were just throwing different elements at the screen, to see what would stick with the viewers.

Outside of that, the film had to explain a lot about this new world. Despite trying to go over the new terms, I can honestly say I left the theater perplexed. I was left trying to figure out what was happening over and over again throughout the film. At the same time it was also full of every teenage fantasy cliche, so I was able to predict the minor events, and not understand most of the major ones.

Here are some things I am left wondering (Potential spoilers):

There ending was a complete mess and they seemed to be making it up as they go. Characters die during it, mostly due to bad tactics. You froze a bunch of demons. Great! Now why do you just sit around until they unfreeze, then decide to try and kill them? Are you daft?

There was a big demon summoning beacon too, that for whatever reason had two separate off switches attached to it, against any sort of logic.

This movie is the type that will only make a lot of sense if you have already read the books. I have been told from my friends that this movie spoils the first three books of the series though. So watch out.

It is a real shame too, because this film could have been better. There was a lot of action and I never really felt bored. It just didn’t make any narrative sense and was an overcrowded mess.