These are all terms to describe what happens when two movies about the same subject matter come out around the same time. Last year we had White House Down and Olympus Has Fallen, and surprisingly they both had their merits. Usually one of the movies is clearly better than the other, or they both are bad. This year is the battle of Hercules.

The Legend Of Hercules comes out 5-6 months before Hercules which has The Rock attached to it.

Unfortunately, after having now seen The Legend Of Hercules I can say that there is no way that these two movies fit the Mirror Movie formula. No, it fits an even darker and more sinister phenomenon. Whenever a big (usually CGI/Animated/Family) movie hits, there is usually a much lesser, straight to DVD version with a similar name (if not identical), that was rushed out to cash in on people buying the wrong version. I am talking Chop Kick Panda versus the real Kung Fu Panda stuff. You know, movies that the grandparents will accidentally buy.

The Legend Of Hercules feels like it should have been straight to DVD and never mentioned to anyone. 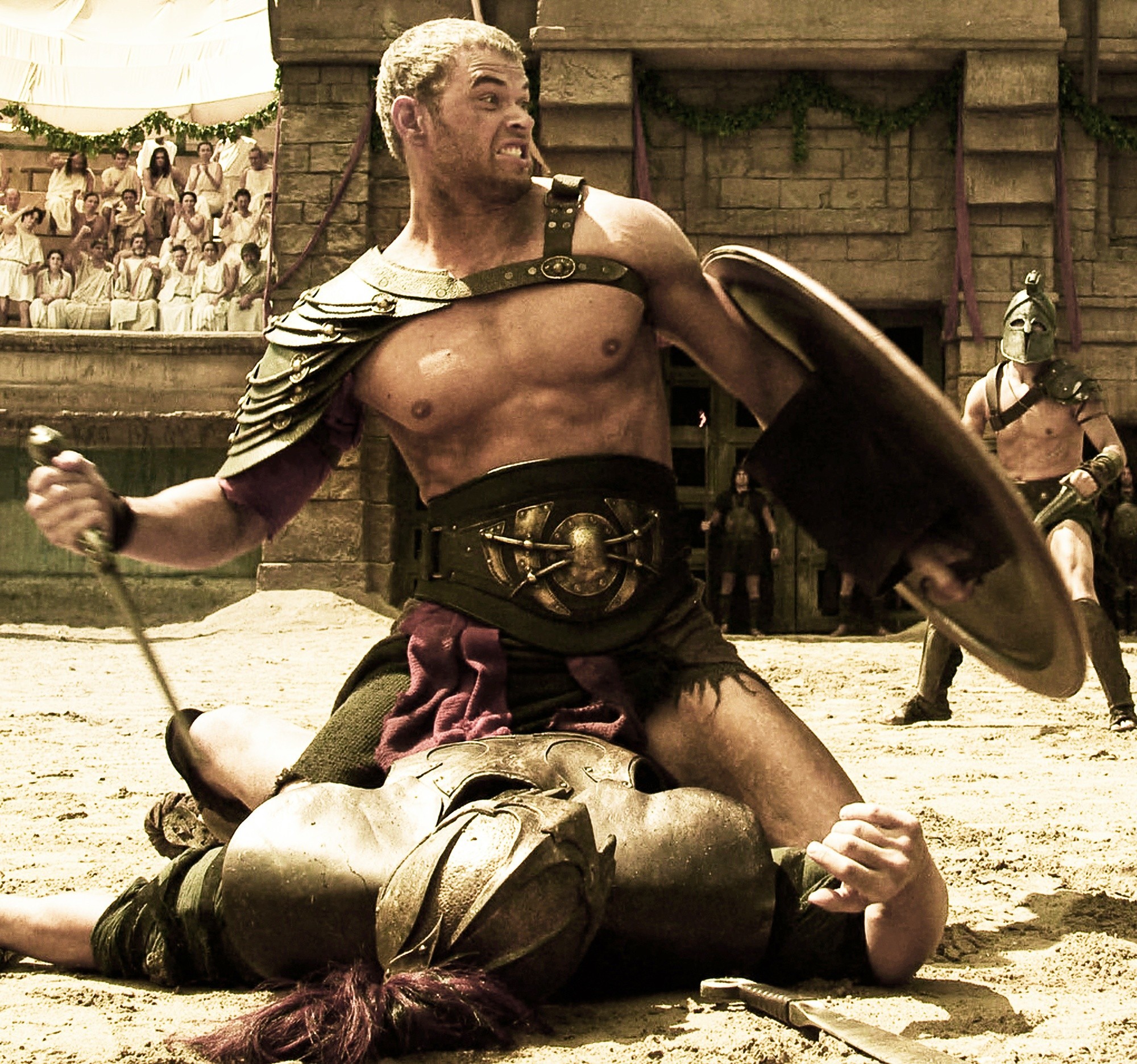 Yes, I would deprive you of those abs.

I know I never compare movies to the books they are based on, and really, what is Greek Mythology but really old books? But in order to understand the plot of this movie, you first need to cleanse your mind of everything you know about Hercules. Every little thing. The only thing about this movie that is like Hercules is the fact that he is a son of Zeus.

In this movie, King Amphitryon (Scott Adkins) has just conquered a new kingdom. He is a powerful and strong warrior, but also a huge jerkface. His wife, Queen Alcmene (Roxanne McKee) thought she could change his war like ways with marriage and with a son, but no, every day he wanted more and more power and she feels like she has helped create a monster. So she prays to Hera to help find a solution. Hera’s solution? She is totally going to let Zeus impregnate her, to make a second son, who will one day save the kingdom.

After a very special wind and rain storm, Hercules (Kellan Lutz) is born! However, Amphitryon has his doubts about the son’s origins, and makes sure to make his life a living hell, while also reiterating that his first born son, Iphicles (Liam Garrigan) is his real heir!

Many many (many) years later, Hercules is totally in love with the Princess of Crete, Hebe (Gaia Weiss) and she loves him back! So when Amphitryon declares that Iphicles (These names are the worst) is to wed her in four months to bring their kingdoms together, Hercules gets mad, and then gets sent off to fight a war and basically die. Hercules would rather not die, win the war, and return and take back the woman he loves, while also hurting his step-dad and half brother. Violence solves everything back then.

Also starring Liam McIntyre as some random commander Sotiris dude, and Rade Serbedzija as Chrion. Yes, Chiron is a human and not a centaur. 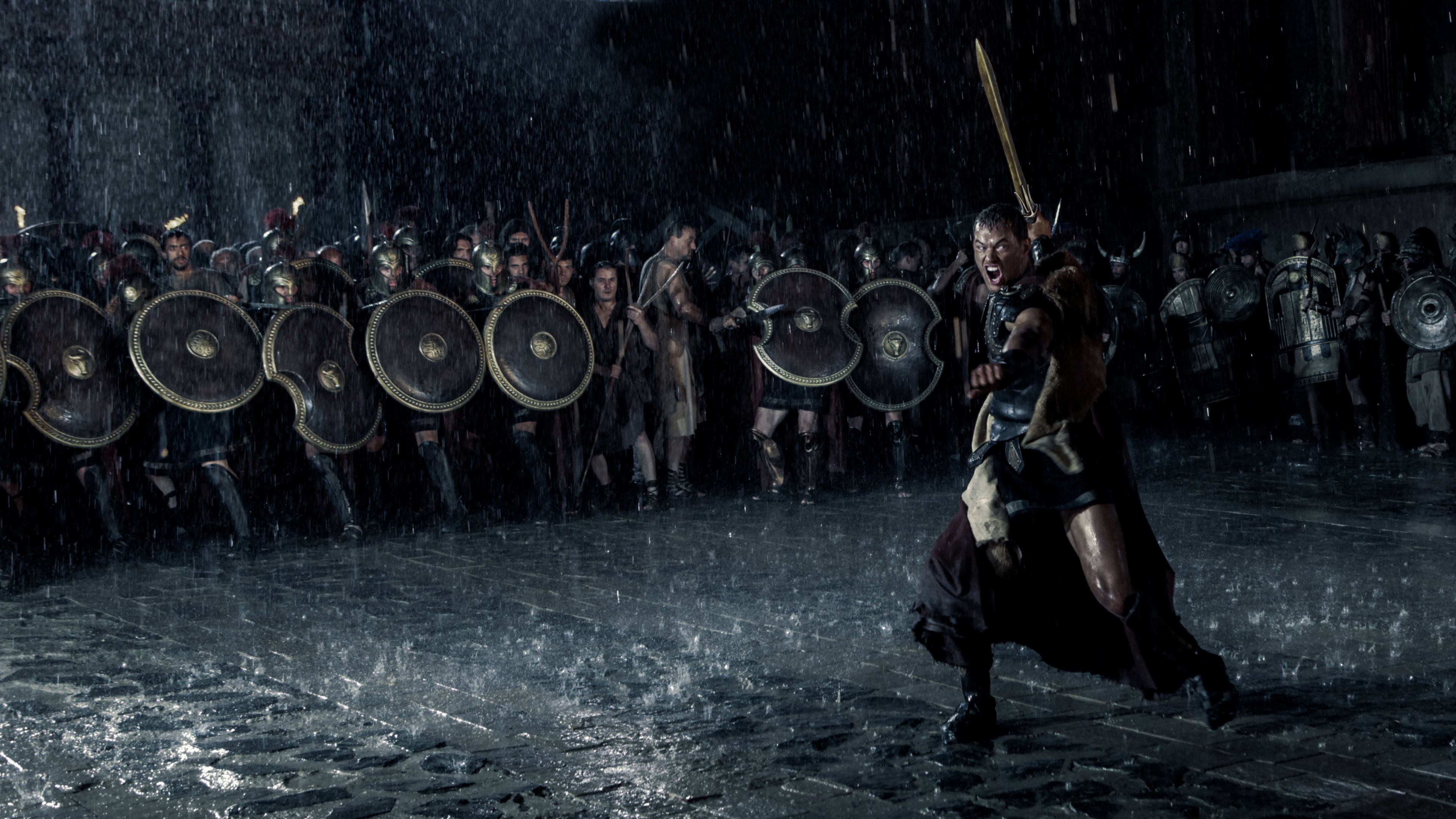 In this scene, Hercules is filled with bloodrush, and declares war on weather.

As you know already, The Legend Of Hercules has nothing to do with Hercules or his legends. Lutz is most well known as playing a brother of Edward Cullen in Twilight. Although not technically the same genre as Twilight, the two movies are actually similar. They take a story and turn it “darker” while changing everything about it and add in some romance. Basically, what they with Red Riding Hood. Fans of those films are what this movie was made for and no one else.

The CGI was gods awful (that’s a pun, due to the setting) and looks like stuff out of the 1990’s. I have my hunches that the entire movie was done in front of a green screen, even the scenes where the actors were swimming. I bet outside of the 7 tagged actors, everyone else was fake. The bad graphics made it so that I could never really connect to the movie. The film tried very hard to use as much 3D as possible but almost every time it was in a tacky way.

The acting is dreadful, but that is to be expected when your biggest star is Lutz.

The story was hard to follow at times, because every single scene was rushed in order to move the train-wreck forward.

The movie is rated PG-13, so the action scenes aren’t going to be as cool as they could be, making everything seem subdued.

It took the worst elements of 300, Troy, and Immortals (which itself was a bad movie and had Lutz as Poseidon) and crammed it into this CGI suck fest that will never be worth any price of admission.

If anything, the good news that this movie exists is that we already know one of the movies that will top the 2014 Worst Movies list. I hope this doesn’t mean bad things for Pompeii next month.