Almost every single introduction joke I could think of for The Boss was incredibly lame. There are way too many Boss-based pop culture references that every single one became cringey at just the thought of them. I don’t think there is a single good joke or reference I can make without the readers closing their browser in anger.

If Kelsey Grammer and Tony Danza were locked in a room all night, even they couldn’t come up with something clever to make a chuckle. 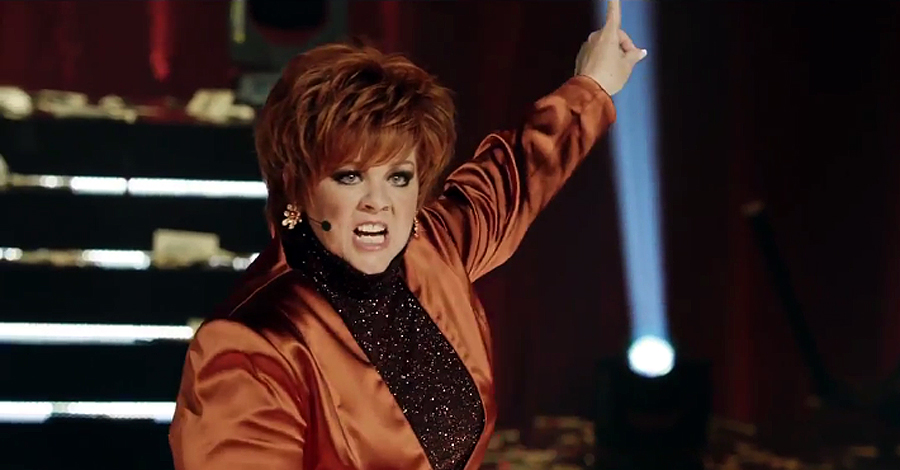 Although they would have made something at least more appealing than this turd.

Michelle Darnell (Melissa McCarthy) was an orphan kid and no one wanted her. She got returned a lot. Must be too much spunk. But now, as an adult, she is wickedly rich and famous. I can’t actually tell you what she does, but she is famous and sells stuff. She also sells her image, women love her, she is a rock star and she knows how to put on a show.

But then she gets arrested. For insider trading crap, even though everybody does it. But she is rich so she doesn’t have to go to jail for years, just has to post a bond and honestly, I think everyone forgets about it. Claire (Kristen Bell) doesn’t forget though. She was her assistant for years and never got the raises she deserved as a single mom. With the arrest she had to find a new job and quick. And now Michelle is showing up to sleep on her couch.

Long story short, the daughter, Rachel (Ella Anderson), is in an off shoot girl scouts group. Michelle sees how much they make selling cookies, but dislikes that the girls don’t make anything out of it. So she makes her own alternative off shoot girl scout group, but this time the girls can get commission on their pastry sales and Michelle can also make a lot of money. Hooray money!

Also conflict about other business people, Michelle being not super nice, and girls beating up other girls in the streets. Starring Peter Dinklage, Tyler Labine, Kathy Bates, Cecily Strong, Kristen Schaal, and Eva Peterson as a tall teenage girl. 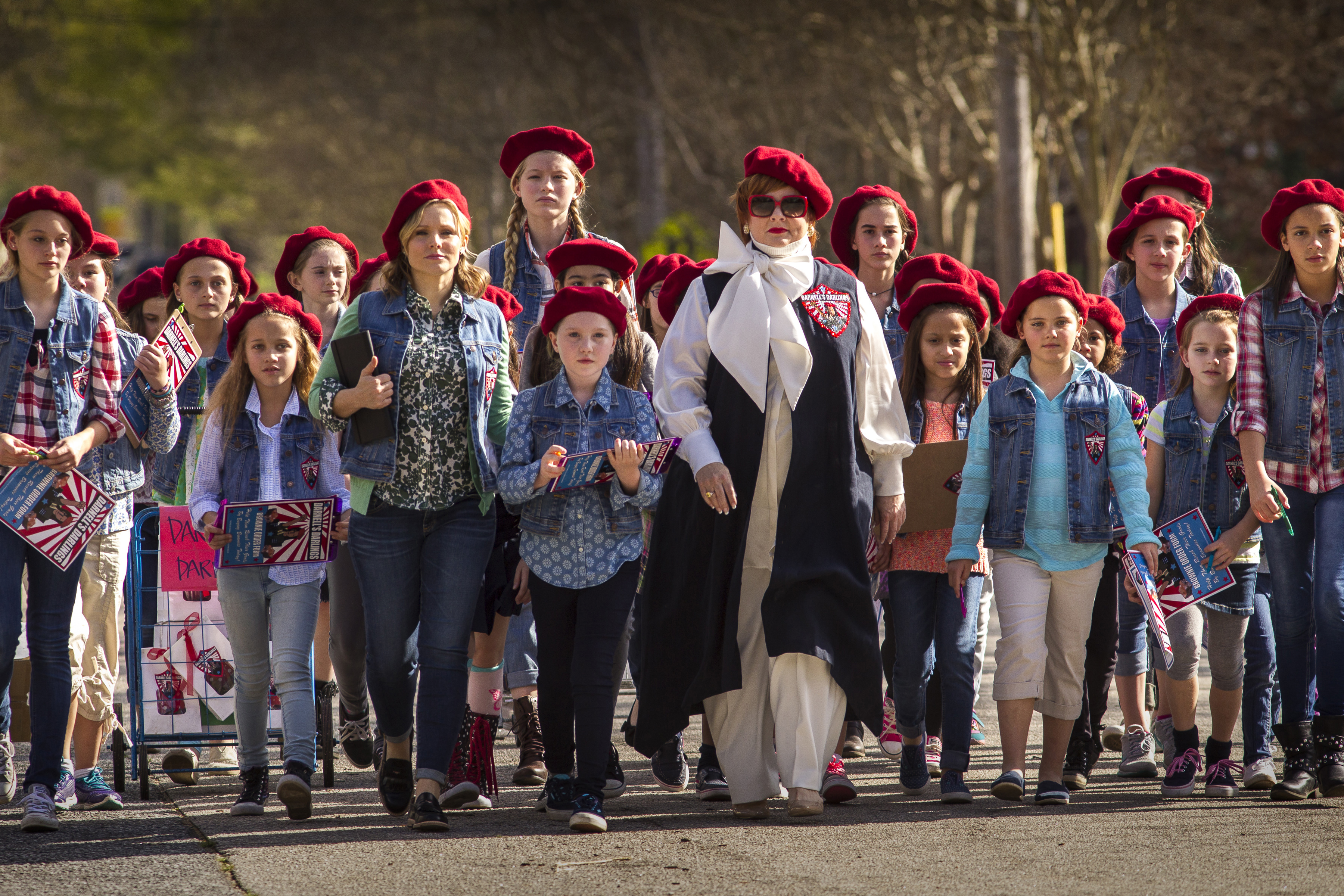 Because all out brawls make the best scenes in comedies.

I really need to harp on this. In my eyes, a comedy reaches the lowest levels of its potential if it resorts to an all out brawl between parts of the cast. It was the conclusion of Grown Ups 2, and the most advertised portion of The Boss. As you can see, it is hilarious because there are young teenage girls in the fray, along with overly concerned mom, all dressed super funny. Ha ha ha!

Anyways, outside of that scene there is little else I remember about the film. Wait, I remember Melissa McCarthy making fun of Kristen Bell’s boobs for a long time. And I remember never laughing.

A comedy without laughter is like torture without pain. Wait, no, it actually IS torture and very painful. Sorry, messed that up. The Boss offers nothing new to the movie experience, not even the comedy movie experience. It is a complete waste of space. Thank goodness Ghostbusters also came out this year and was at least mediocre, or else McCarthy would have had her worst year since starting this recent trend.

Don’t watch The Boss. After reading this review, don’t remember anything except for the last line. Just a disappointment all around.