If you have heard of Take This Waltz, there is generally only one reason why.

Because this is the Indie-Canadian movie originally rumored, then confirmed, to have a naked Sarah Silverman. I am sure there is 95% of you that just don’t know the movie, but the other 5%? Yeah, it is because of that reason. 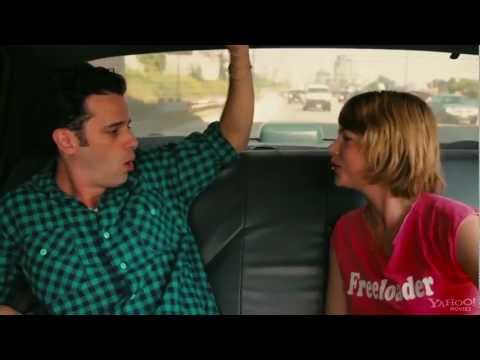 To be fair, there is tons of naked women in this movie. All shapes and sizes. Fully. Let this not be the main reason to watch the movie, mmkay?

We got this girl, Margot (Michelle Williams) who is on vacation! Woo, she feels lonely there, but some guy in the tour group keeps joking around. Same guy ends up being next to her on the plane. Same guy ends up leaving “near her” so he can just walk from her house when they share the cab. Dude lives two houses over and across the street. How crazy! (And potentially stalkerish).

Pretty amazing how they never really met. Especially if Daniel’s (Luke Kirby) job is one of those cart things, where people can ride, being pulled by someone running. Probably decent pay, and good for working out. But also, Margot is married. To a Lou (Seth Rogen) who makes cooking books, dealing with chicken recipes. They eat a lot of chicken.

They have been married for five years, but Margot doesn’t feel loved as much. Lou jokes around a lot, and she feels like her advances are being ignored, while he has become complacent. But this neighbor, he is a new, and interesting, and probably can fulfil her sexually. Should she leave her husband for him, or just fool around a bit? 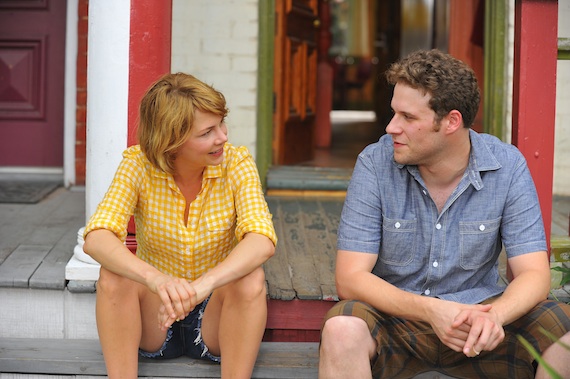 I was ready to bash this movie so hard. Fucking double standards in film. Women cheating on their spouses tend to be acceptable because they are finding themselves, or something. Men cheating are generally always pigs and bad people. Fuck that. She does try to be open with her emotions, but she does a bad job of it, and apparently “too late” for Seth to see anything as wrong. Generally the best time to deal with problems is not when you are walking out of the door.

But hey, the movie ends up not painting her as some hero figure. (Spoilers?) By the end, turns out she just wanted something new. But eventually new things become old things (a quote from an old black woman in the shower scenes), and she gets bored of it too. She realizes she done fucked up, and she is kind of a horrible person. I loved that ending a lot more.

I’m not saying you have to stay with the one you marry (although it’d be nice). Just you know, try to work shit out. Don’t run away from your problems. Realize that couples can fight. Etc.

In other news, this movie felt very real in the good way. Nice emotions going on, and pretty nice acting. Those Canadians can make some good things people.