I chances of me finding out about Jesus Henry Christ and watching it were probably pretty low. Just looking at a bunch of titles for 2012 movies, knowing I have been not on the new side recently, and saw it and thought. Huh. Why not. Title alone.

Turns out it is based on a short story and produced by Julia Roberts. A star backing an indie movie, watch out!

I also think it has a limited release on theaters starting…well today. Whoops! 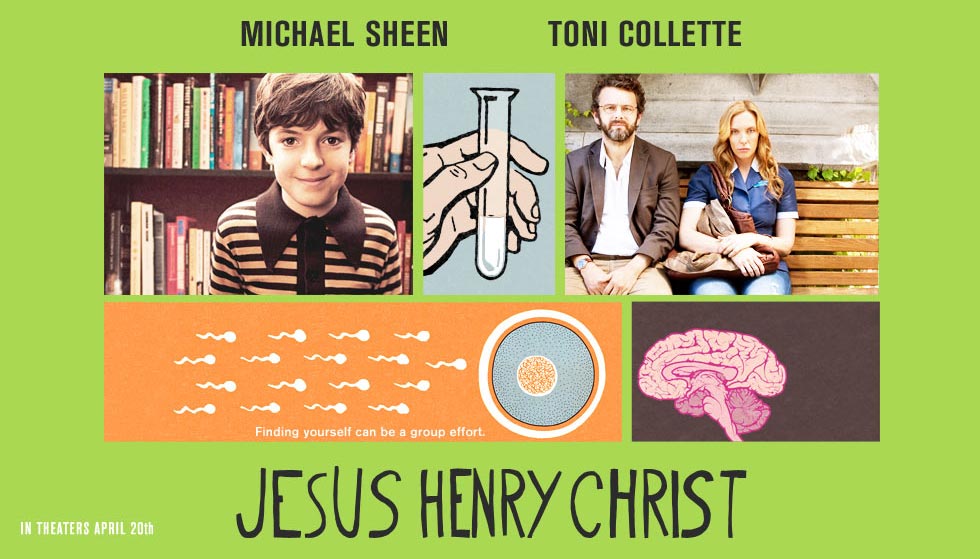 This picture actually shows most of the plot.

This is a story about a boy named Henry (Jason Spevack). Henry is an only child raised by his single mom Patricia (Toni Collette), whom he calls by name. Patricia is a feminist and protester throughout most of her life, thanks to weird incidents in her youth. Thanks to a tragic (Drunken) accident, her mom was a killed, and she was raised solely by her dad Stan (Frank Moore) and four older brothers.

What Henry doesn’t know is that he was a “test tube” baby, and has no idea who his biological dad is. But his grandfather might, thanks to protesting. Hell, Patricia was mad that he came out a boy. But at 9 months when he was already able to talk, they figured something was up. Even getting kicked out of kindergarten for being too advanced, and then kicked out of a private catholic school for trying to disprove the bible.

Thanks to crazy genetics, he can remember everything he has seen, making himself pretty advanced.

Either way, thanks to his grandfather, he finds out that his most likely father is a professor at a local university (Michael Sheen), who has recently published a book entitled “Born Gay or Made That Way?”. Which features his daughters face, Audrey (Samantha Weinstein), a he experimented with her upbringing (also a single father), by making her entirely gender neutral to see..well, what happens. Besides the whole, ruining his daughters life with a book about her maybe being a lesbian.

Turns out it isn’t that simple, he could have a different father, but that guy is dead. That dead guy? Also might be Audrey’s real father too. So all four of them get to do fun parental tests to find out just who i related to who.

In a nutshell, a “dysfunctional family comedy” where the family might not be a family at all. 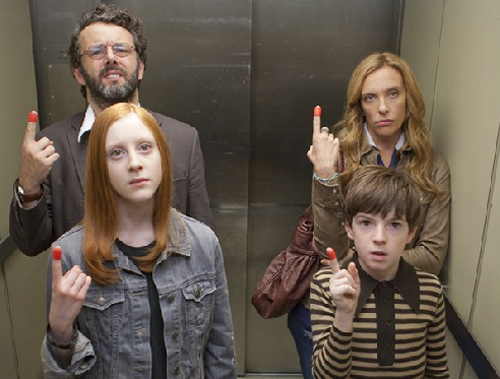 A family that needle pricks together…

Not only is this another indie quirky family comedy thing where every character is a very specific extreme that will never happen…it is also shot, differently.

Hard to describe. But I loved the cinematography (And the plot and actors/actresses, etc). Just felt unique, and slightly different, but not like “Whoa, get off my screen Hipster!” different. Maybe it was all very subtle. Or maybe they just had to do it to save money, because its an indie film.

I have no idea, but it was definitely a very interesting movie to watch. I will for sure get it once it comes out on DVD/Blu-Ray/whatever new technology disk. 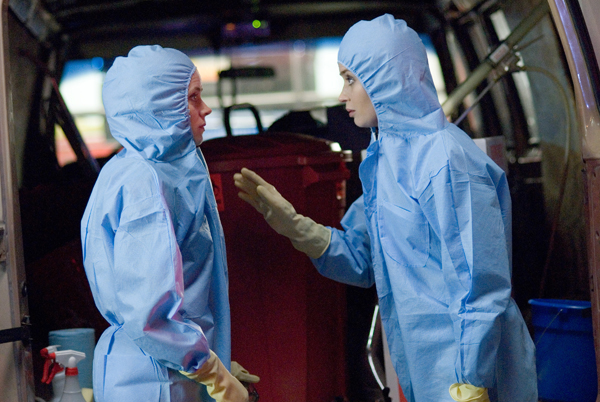 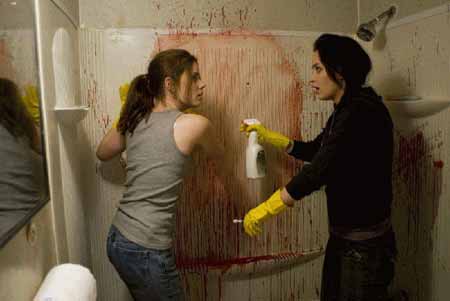