Super Troopers came out 17 years ago. 17 years! That is insane.

It was Broken Lizard’s first hit and some people still love it the most to this day. Personally, Beerfest is my favorite (Which also promised a sequel which looks way less fun), but they also had Club Dread and The Slammin’ Salmon (my second favorite). Either way, they have a specific humor and have tackled different subjects, all of which can appeal to different audiences.

The production of this one took a long time though, but internet persistence has pushed on. Hell, they had to make an Indiegogo campaign to get movie funding, and surpassed their goal. They did a neat thing, I believe the first film to do this, offering actually theater tickets when it came out, not just digital copies in the future.

There is an audience for Super Troopers 2, and finally they have delivered it to them, for better or for worse. 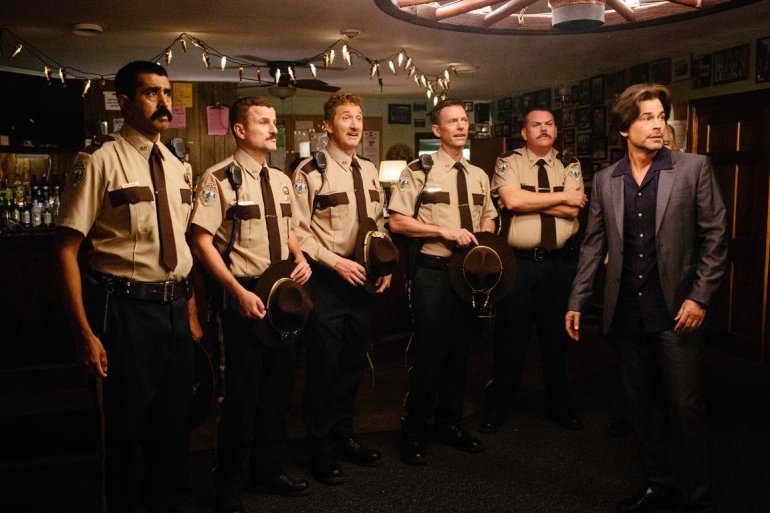 Looks like this group has sunk to a new all time Lowe.

The sequel is set a few years after the first film. The first film ended with our heroes (Jay Chandrasekhar, Kevin Heffernan, Steve Lemme, Erik Stolhanske, Paul Soter) not as actual police officers, doing things in Vermont. Well, it turns out that time is done. Due to an incident with Fred Savage. They are off the force and doing /other/ jobs.

But not for long! You see, when Canada and USA had their borders lined out, in turns out there was a mistake near Vermont. The official border stones put in were seemingly ignored, and a small town that has been in the Canada side for hundreds of years should actually have been on US soil. With this new land, through a chaotic transition period, they have the need for a temporary police force to help with the transition.

So they are rehired for a couple of weeks, and sure, if they do good enough, they can be full time and work this new area. It just turns out that these Canadians, finding out they are switching countries are not the happiest tools in the shed. Nice Canadian is a myth. They are basically going into a war zone.

We have Rob Lowe as the mayor, Emmanuelle Chriqui is some sort of town leader as well. We also have Brian Cox returning as the captain, and introducing Will Sasso, Tyler Labine, and Hayes MacArthur as Mounties. 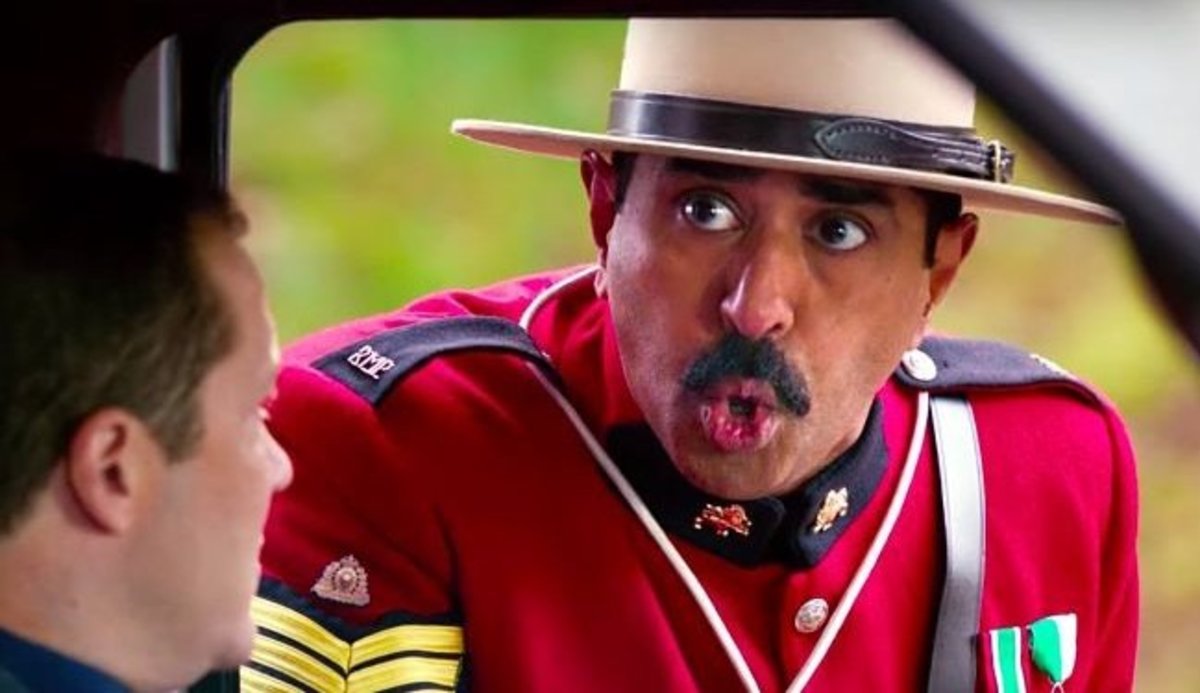 Guess they might have to just MOUNT up and take this head on. Hockey puck. Maple Leafs. Sorry.

Honestly, I thought this movie would be a train wreck. Maybe a moose wreck, the Canadian version. Comedy sequel two decades later? They have never really worked, even for a more modern one like this one.

But still, it wasn’t that bad. That is the best praise I am going to say. There were a few scenes that had me laughing really hard. Specifically the scenes involving “sorry” and “reverse French dialogue” were the best. I enjoyed that it did have a lot of Canadian jokes, and not just the standard normal Canadian jokes. Yes, they still had those, but some of them were more obscure, and varied.

The three lads who played the Mounties went really hard for the French-Canadian accent, so most of what they said was amusing on that basic level.

Of course the plot is weak, the acting is weak, and the twists are obvious. They aren’t as important for those who are rushing to see this film though. It has its moments, but it is far away from a great comedy on all levels.