Generally I am able to separate the real world from the movie world. I know that I won’t get sucked into a video game, and that I won’t be chased by a serial killer (because hey, why would anyone want to kill me?). But then we have certain movies that say, “I’m gonna to take something you love and make it scary for you, so that you can always think about the fear every time you do that task!” I like to call those movies “jerkfaces”, and that is what Sinister did to me in regards to watching movies. It is probably the same exact thing The Ring dids, but I wouldn’t know because I value my sanity.
Fucking Sinister. 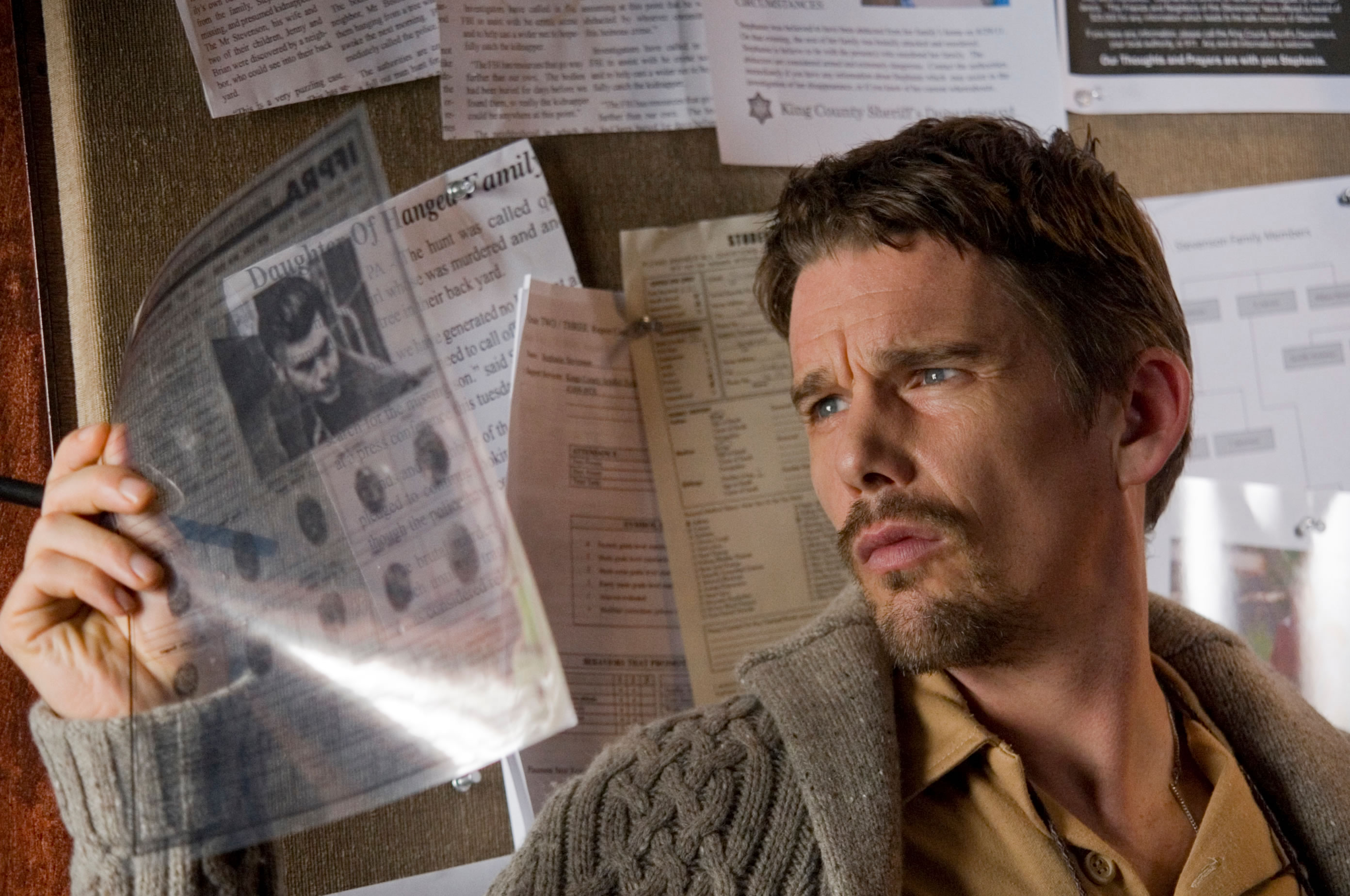 Presumably this is the same thing that happened after The Ring, but fuck if I’m ever gonna watch that.

Our story begins quite creepily with four members of a family being hung from a tree on a very old looking roll of film. Well, now that the mood is set, we introduce the actual new family, moving into a new house with a very familiar looking tree. Great! Ellison Oswalt (Ethan Hawke) is a famous-ish author, who got his big break when he began to write true crime style novels. His book, Kentucky Blood, based on a real murder and his own research actually helped bring a criminal to justice and got him mega bucks!

But he just hasn’t lived up to his former glory since then. His books haven’t been as good and local cops now hate him. But this time, this time he has it! Hell, he actually picked the murder house to live in instead of just being in the same town! The family was murdered (by hanging) and the youngest daughter is now missing. He could be a hero!

After this book he has promised to quit because his wife (Juliet Rylance) is tired of it and his kids (Michal Hall D’Addario, Clare Foley) are tired of moving. Not to mention their son now has night terrors. What a creepy kid.

But when Ellison finds a box in their attic entitled “Home Movies” with reels from the 1960s to 2011, his curiosity gets the best of him and gives them a watch. Each tape begins the same way, a nice family scene, spliced with the murder of said family.  They also all feature the youngest child missing in the murder scenes, hmm.  These series of murders take place all around the country, and with the help of Deputy So-and-So (James Ransone) he might be able to find a connection between them all, and save the day! Or you know, die himself. It is really 50/50 at this point. 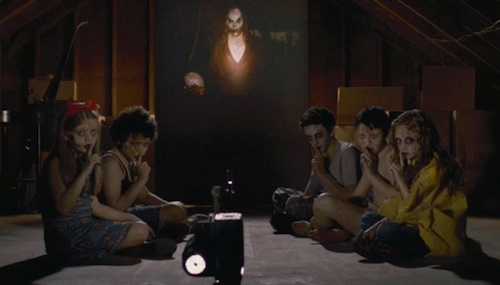 This story also is about an ancient pagan demon who steals the souls of children. He also lives in any pictures of himself, including movies, and can move between them and out of them. Great! Movies are now forever ruined for me!

The movies drops enough clues for you to understand everything that is going on, so you should be able to figure it out halfway through. But don’t worry, if you still didn’t get it by the end, it is fully explained to you. Based on the ending, it also looks like this film is a “one-and-done” series. That should excite a lot of you, because it means we won’t soon get flooded with ten sequels to a new original horror movie!

Most of the film is Ethan Hawke walking around his house at night, with so little light, and it is absolutely terrifying. I wish he would have turned on a light more often, but when you are drunk you make poor decisions. I personally felt paralyzed when I watched the screen, afraid that if I moved I might be the next to go. I am disappointed that it did resort on more than one occasion to the sudden pop up scares, most notably at the end of the movie. It could have ended on a classy note, but instead went for one last “boo!”

The best part to me is that this horror movie actually has a plot that is believable enough in the world it created. That means it might actually make you think while you shriek. I’d definitely call Sinister my favorite new horror movie this month, and the one you should watch on Halloween night.