Anna Kendrick is in six movies this year. Six! That is a crap ton for a single year.

Yes, one of them is animated, so just voice work for Trolls. And two of them I don’t know a thing about. And a wide release comedy. But then there were two films that had extremely limited release, basically straight to DVD.

Mr. Right, of course, and Get A Job. Now going into Mr. Right, I am super biased against it, because I accidentally watched the trailer and basically cringed through out it. Had I not known anything, I might have been a bit more optimistic. But factors working against it include a cringey trailer, a lame title, and a very big age gap between our two romantic leads. Arguably that last point should be put under cringey though. 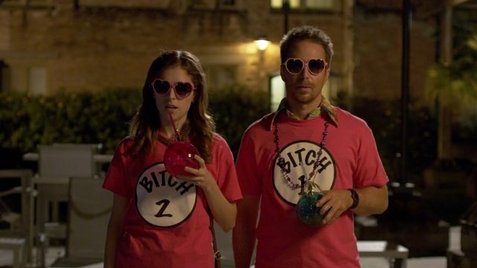 At least the fashion is bangin’.

Oh, Martha McKay (Anna Kendrick), why do you like such assholes? She is ready to surprised her boyfriend at his place, and he shows up with another lady. Great. So now she is drunk and sad and going to be miserable for ever. Not even playing with kittens seems to help.

Then she runs into Francis (Sam Rockwell). Literally. He does something impressive and invites her out on a date. Right then and there, not knowing anything about her, and she says sure. And aww, it is nice. He might be the one. Sure, she doesn’t know his name, but she will find it out eventually.

Francis also used to be a very high paid assassin. However, he grew some morals and didn’t want to do it anymore. Instead, he would go back and kill the people who paid him to kill someone else. Obviously the morals are shaky and it doesn’t make a lot of sense. So people are out to get him now, as he pissed off many groups of people. Hopper (Tim Roth) used to be a co-worker and is the main antagonist here.

Francis likes Martha and Martha likes Francis. And technically he doesn’t like to her when he says he just killed a person, but she thinks it is a joke. However, eventually she finds out, conflict, some action stuff, and then some more romance. Typical, you know? 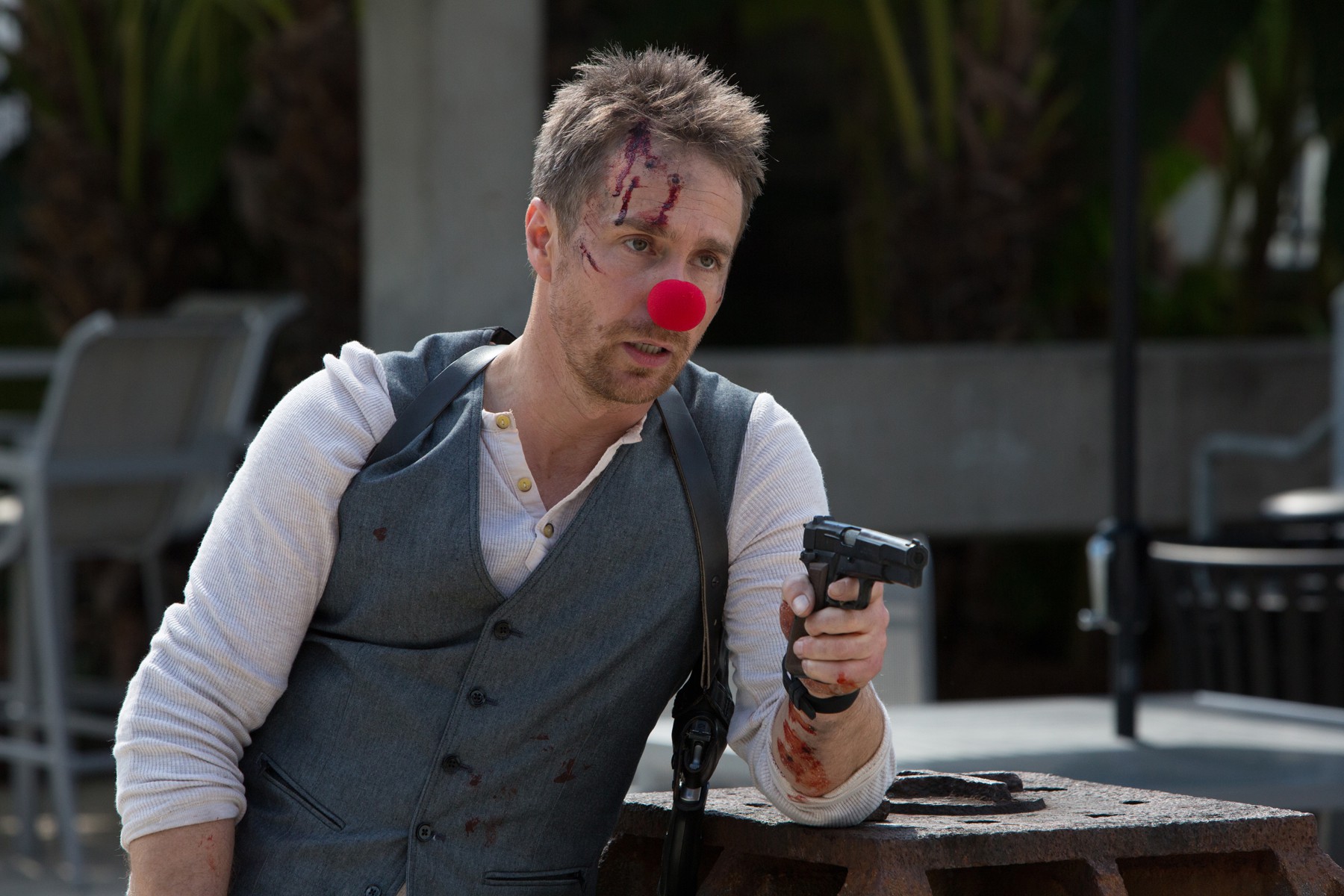 Gotta have a killing trademark, I guess.

Mr. Right was written by Max Landis, that guy who did American Ultra and other writing things that people love. He is super active in Hollywood right now (not Anna Kendrick active, but high for a writer). American Ultra was weird and unique but still landed to be just okay. Mr. Right is average, kind of dumb, with the occassional great moments. That is not a good sign for Mr. Right.

Again, there are some amusing moments. Kendrick goes super adorkable at points, babbling, making funny noises, sure. But that is not a complete movie. Rockwell doesn’t feel charismatic and the couple together never feel great. I can’t see why Martha becomes so smitten by him so quickly. The only real reason we have is just because the writers say so, but they don’t show it in the film well.

As a comedy it is subpar. As a romance it is almost non-existant. And as an action, well, the action is okay. But it is romcom action, not straight up epic action that purely action movies provide. It is mostly just some hand to hand combat fight scenes with a few Rockwell and RZA jokes thrown in.

They should have made some element really stand out. And Rockwell talking to people in a fight is not enough. Mr. Right is overall very forgettable.