What can I say about Killing Them Softly? On the internet, where I live, there seems to be a pretty heated discussion on whether or not this movie is weird. Why? Because it is just incredibly weird overall. Like, over the top, doesn’t go the way you think it will, very long scenes, weird.

Also, it has not so subtle messages about the economy, taking place during the McCain/Obama elections of 2008. 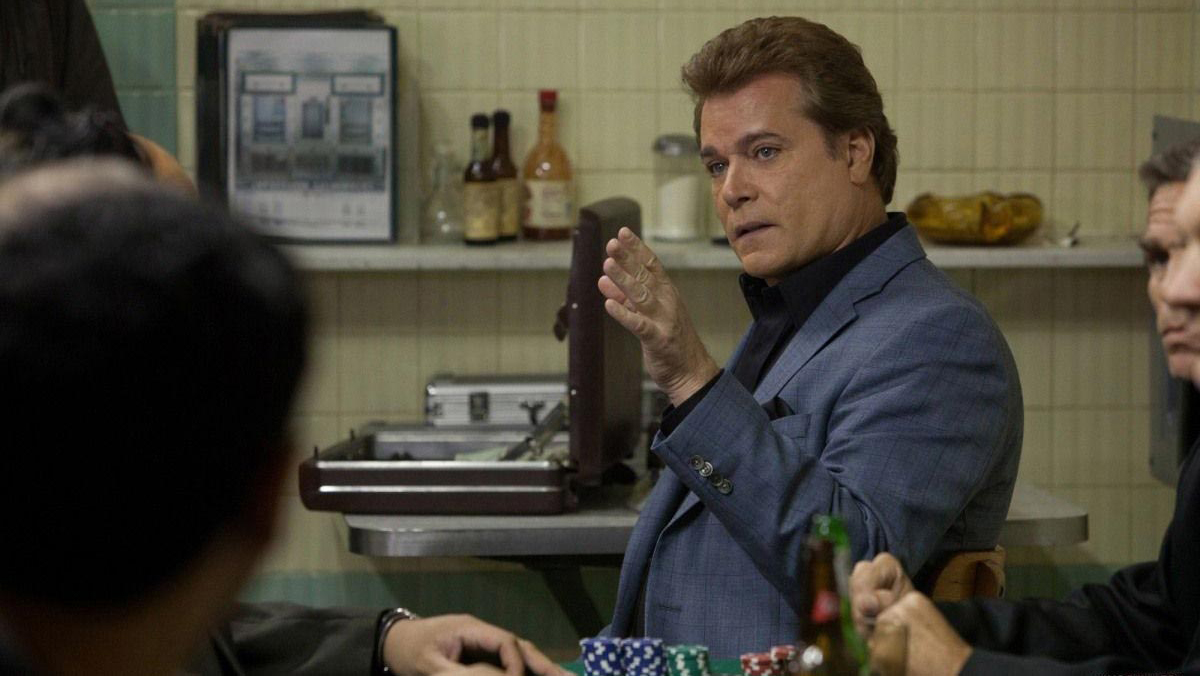 Here is a not so subtle picture of Ray Liotta, being pissed.

In New Orleans, a lot of people like to gamble. Rich people. Many people run games. Including Markie (Liotta). Except the first time he ran a game, it got hit up by thugs, robbed everyone. Much much later, after everyone got the money back through whatever means, he admitted he hit his own game. No one cared anymore. Hilarious. So that is where Squirrel (Vincent Curatola) comes in. He realizes that if they were to steal from one of his games, they will automatically think it was Markie, not another party, and kill him for it. They can get away easily! He just needs two men to do it!

He has one guy in Frankie (Scoot McNairy), but his friend Russell (Ben Mendelsohn) is kind of a wild card. Australian, druggie, other shit. Talks a lot too. What if he just spoils the whole thing?

Well, the plan happens. They make money. Everything good is happening!

But what if they find out? Lot of powerful people behind the scenes, very bureaucratic. They get their task man (Richard Jenkins) to hire a hit man (Brad Pitt) to fix all of the loose ends, and get their money back. Maybe he might even bring in a second hit man (James Gandolfini) just to handle it all. 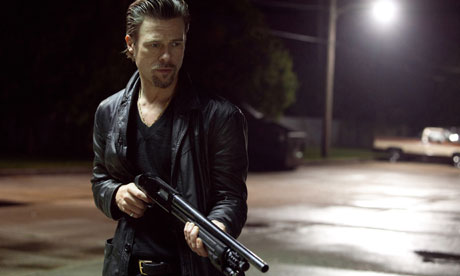 Why did I wait to show you Brad Pitt? Because you had to wait a long time to see him in the movie too.

But now I can talk about why this movie is so frustrating. There are some incredible scenes. Some slow motion assassinations, with a lot going on, kind of reminded me of Dredd, but less over-exaggeration. The dialogue was interesting and realistic. People talked about random shit that didn’t seem to move the movie forwards. That is because real people have real problems, and who cares about killing people when your life is going to leave you.

The movie’s action was actually really light. I would say there is about 10x as much just sitting around talking then there is action, as it is most of the movie. However, the movie also did a lot that bugged me.

In one scene, a character hadn’t slept much in a few days, and was a bit drugged up, so we got to see a conversation in his point of view. The camera actually got darker when he closed his eyes and was about to sleep. But it was only the two people talking. So the majority of that conversation was the other character asking his questions multiple times until he was awake enough to answer. It was frustrating for him, but far more frustrating for the viewer. I personally got a headache in that one scene.

It is a hard movie to watch, for sure. There were six people in my theater, but four of them left before the end of the movie. That is not a good retention rate.

But at the same time, there is something about this movie that is intriguing. I just think it was advertised as something its not, and belongs more on the indie market. Watch it if you want, if you don’t want to, then don’t. Easy enough.