God’s Not Dead may be the first movie ever based entirely on a spam/chain letter. After I watched the trailer many months ago, I couldn’t stop laughing. It was clearly a B-movie, looked like it was made for TV, extremely low quality. There are a lot of examples of the story they go over in here, but the most famous is the one involving Albert Einstein. All of them ridiculous. This is the movie version of it apparently.

This review is very likely going to be biased. Totally, totally biased. 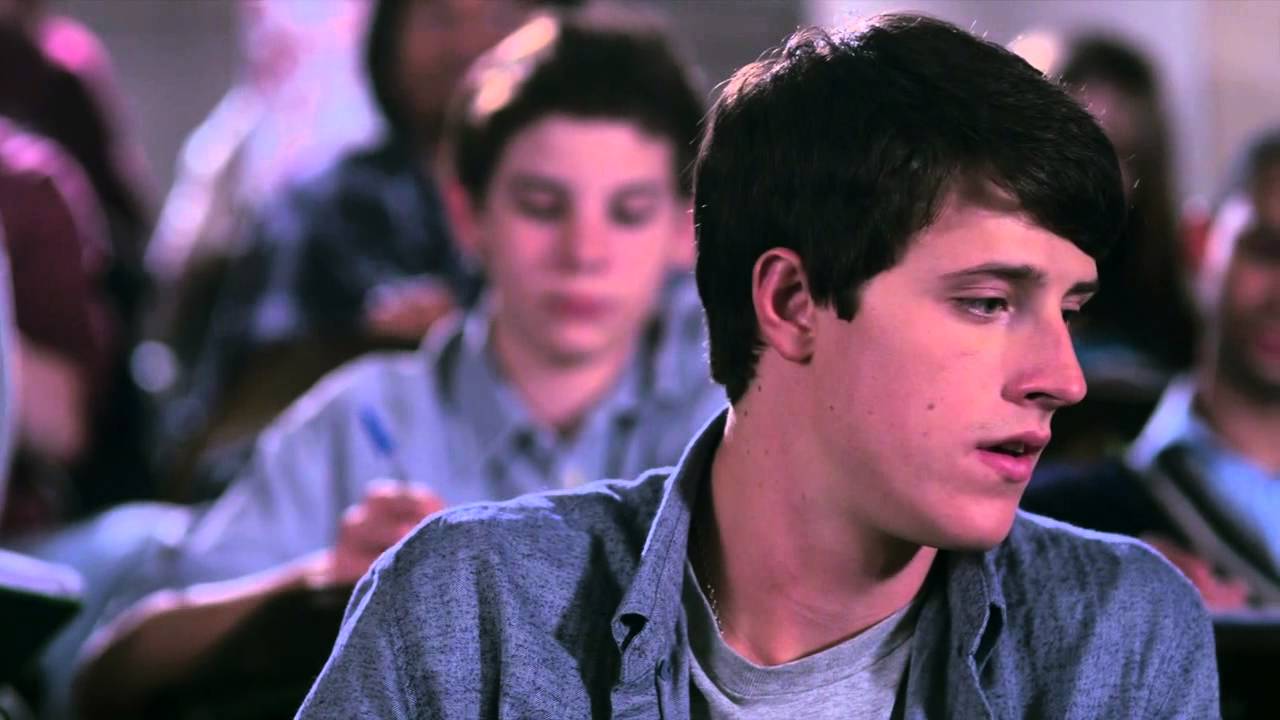 College is hard. Especially for Josh Wheaton (Shane Harper), no relation to Joss Whedon. He is a big Christian taking his freshman classes and picks an intro Psych class with Professor Radisson (Kevin Sorbo). The professor, after a 5 minute speech, wants the class to sign a paper saying “God Is Dead” to get past it as an argument throughout the semester, so they can discuss pure philosophy on its own.

Well, Josh can’t do it. Nope, too Christian. So he has to argue the opposite point that “God Is Alive.” He gets the professor to agree to let the class decide at the end of his talks. He has three classes, the last 20 minutes of each, with minor interruptions by the professor to get it done. Everyone tells him not too. His friends, his parents, his girlfriend (who I want to link, she is in like, four scenes, but literally not even on the IMDB page…). But he does it anyways.

This movie also has a thousand side plots. Like Ayisha (Hadeel Sittu), a Muslim girl with a strict traditional father (Marco Khan), making her wear the headpiece, how dare he. Well, turns out she is secretly super Christian and hiding that from him too. When he finds out, he smacks her some few times and kicks her out of the house.

We have Amy Ryan (Trisha LaFache), a blogger for a “lefty” organization, who I guess also is super into PETA. We get to see her with a boyfriend who clearly doesn’t care, as she has a surprise interview with Willie Robertson and his wife Korie outside of their church, attacking the fact that they kill animals and are religious…? Well, she gets cancer and her boyfriend leaves her.

Also Reverend Dave (David A.R. White, from that terrible movie Me Again) is our local go to helper guy for some of the plot lines. He is welcoming in Reverend June (Benjamin Ochieng) from somewhere in Africa as a Missionary, but things keep going poorly to ruin their vacation. I guess.

We also have Paul Kwo playing a transfer student from China in the class, and as we all know, the Chinese are all athiests. Oh, and Cory Oliver, who plays the much younger girlfriend of Professor Radisson. Because she is a former student. But also a Christian. And has a mom with Dementia. And What? How does any of this part make sense? 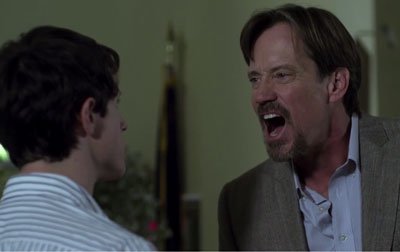 You can practically see the straw flying out of Kevin Sorbo’s mouth.

I understand that Christians may not take anything I say in this review for a grain of salt. So here is a different actual Christian blog talking about how terrible the movie is. After watching the movie, everything in the trailer is basically true. So, I won’t repeat them, but yeah.

This movie has a bunch of subplots, some of which are loosely connected, and others that seem to just flicker out without resolution. The Muslim girl subplot was terrible. Let’s ignore the fact that the two religions are already really similar, but having an abusive father, and a Muslim girl switching to Christianity? I am not saying these don’t happen, but they just seem silly in this movie. That plot line after she gets kicked out? No resolution. Good, she has Jesus…and now is homeless I guess? I guess that is true. Religious parents definitely kick out their kids sometimes if they turn to another religion or no religion at all, I read about the latter a lot.

Same with the reporter. She finds Jesus by the end of the movie, after bad stuff happens to her. I thought they were just parodying the Duck Dynasty people but I guess that is one of the real guys with his actual wife. Why are they in the movie? Not sure. But they had a media fiasco that happened last year with people getting kicked off the show because they were anti-gay. But the news reporter attacks him for helping people kill ducks and being religious, not for the reasons they had controversy last year. So his speech he gave about God seemed pointless.

They made everyone in the movie that wasn’t Christian a complete asshole, so of course the Christian way shown is the right way. If they aren’t, they beat kids, assault students, and get cancer. But that doesn’t present a good version of reality. The professor almost physically assaulted the kid after his first talk, was dating a former student (who he asked to date after a midterm…?) making him super scummy. He constantly and clearly berated her, and then based his entire self as if he was warring with God. Yep, he was actually a hater cause of an event in his childhood, not through being an intellectual.

The rest of the review has some spoilers. Read at your own risk.

Then the fucking killed his character in a car accident as he was walking to find his former lady friend. What in the actual fuck. His death was juxtaposed with the concert, basically celebrating the fact that he “lost” the argument to the kid and how he and Jesus were awesome, and he sucked, as he was dead. Erm.

Speaking of concerts, this whole film felt like it was some strange advertisement for this band The Newsboys. A thousand references and posters for them, along with the film title I guess.

Terrible movie. It uses arguments that have been refuted in the past, but make the professor a strawman who can’t handle them while also having a tantrum. If it tried to actually use some better proofs are arguments, that would be something. But no. Also, there is a big Spartacus like scene at the end. Gah. This movie is just a fluff piece meant to pat people who agree with it on the back, without going any further or to any deep/significant level.