In preparation for Halloween, I looked up some ScArRrRrRyYyYy documentaries on the Netflix. I’ve done a few of these before, like The Imposter, the Nightmare on Elm Street one, and Killer Legends. They are all on Netflix, but I decided to use Killer Legends to try and find more scary ones for this month. So I used their “More Like This” feature and chose its top recommendation.

Gideon’s Army. As a reminder, Killer Legends is about the truth behind four popular urban legends, where they started, and why they became stories. Gideon’s Army is about public defenders doing their job and being severely understaffed.

Sure, I guess that is a scary situation. I don’t know if I could afford a lawyer if I got into some sort of legal trouble. I’d probably want some public defender. But after watching Gideon’s Army, maybe I shouldn’t. Also, I guess, after watching that episode of Last Week Tonight about Public Defenders. That one happened too. And it said a lot of the same things, with jokes, sarcasm, and only 15 minutes long. I guess technically, if you want to find out more, just watch that clip, you will save yourself time. 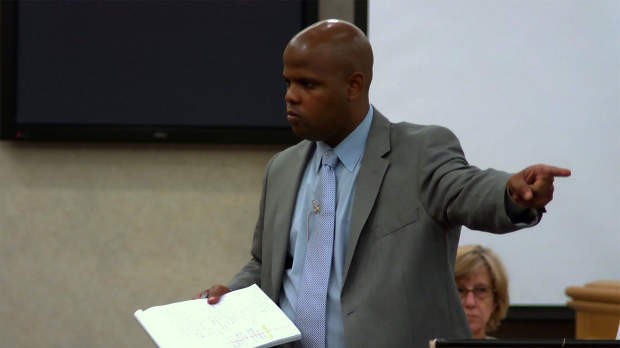 But you can go watch that clip on your own in time out, mister!

But really. You know about these guys? The guys who get paid by the government to take those people too poor to have their own lawyer? Well, they can have over a hundred active cases at a time. They can spend less than 7 minutes per client. Shit is a bit terrifying, It is supposed to be a system to make sure that wealth doesn’t protect you from the law and that justice is blind and everyone should get a fair chance in front o a judge. However, reality is never able to match the intent, and the same wealth issues that have plagued mankind since the BC time still affect us now.

Not to make any conclusions. I am just trying to stall my description and analysis. The documentary takes a look at three different public defenders, as they go about on several cases and face different struggles. Struggles including: bad clients, no money, not enough time, unfair judges, and more.

Did I mention the situation really sucks? Don’t try and imagine yourself in a similar situation, just do whatever you can to avoid the situation.

As for the documentary, I thought it told a decent story, but what it lacked was a solution. Public Defender pay, oversight, or something should probably change to improve the system that a lot of people take for granted, but it mostly told a few long anecdotes and that was the end of the story. These documentaries are important in that they highlight parts of society you may not realize, but I just want something more overall.