With words like that, it sounds like an absolute blast! It has fun! Mom! And dinner! The exclamation points are provided by me, free of charge!

First things first, it looks like it is trying to be a quick cash grab for those Bad Moms fans, which I am sure there are dozens of them. Or at least enough dozens to make a sequel worthy. There have actually been a lot of girl group films this year, with also Girls Trip and Rough Night both happening this summer. I wonder if this is all a result of Bad Moms, or are women just being catered to in films finally?

If so, I apologize that the movies they are throwing at you seem to be so shitty. 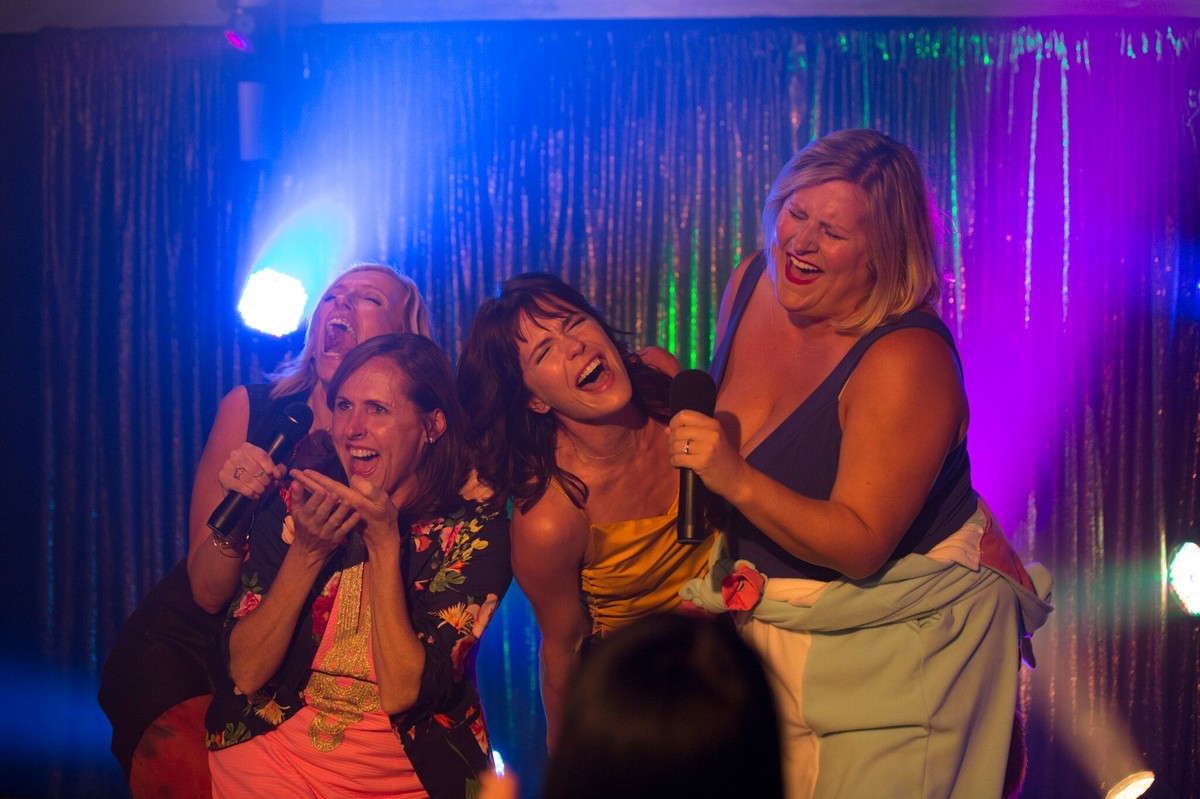 A less famous version of Bad Moms, no way?

Being a mom is hard and usually it lacks fun. So some mom’s like to go out once a month or so and just have fun, drink some booze, and make sure they aren’t surrounded by kids 24/7. Namely it has been Melanie (Bridget Everett), a high intensity mom who volunteers a lot and is rules happy at the school, and Jamie (Molly Shannon) who is divorced, loves Instagram, and also very involved. But they want to invite Emily (Katie Aselton) to their ranks on the next night. She is relatively new to their school, seems involved and seems nice.

Emily seems to think it will be a good idea. After all, she does want a break and she does need new friends. She just asks if they can bring her other mom friend, Kate (Toni Collette), who has been bringing kids to that school longer. They actually know about Kate, as she has been downright rude most of the time and pretty stuck up when it comes to hanging out with moms. But they agree, in honor of the spirit of their night.

After some husband convincing, the ladies are off, and of course, their plans are not going to go as expected. Thankfully, I am sure, they will grow with each other on this crazy night of theirs and no one will get hurt.

Also starring some dudes like Paul Rudd, Adam Scott, (both of them were producers) Adam Levine, Paul Rust, David Wain, and Rob Huebel. 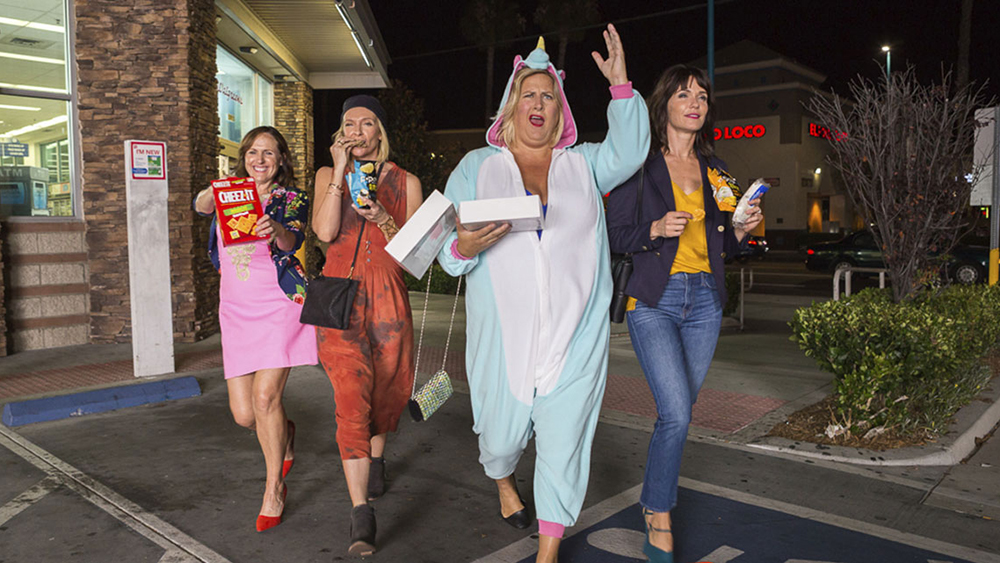 I will agree that unicorns and Cheez-Its is my kind of party.

I went in expecting Fun Mom Dinner to be a worse version of Bad Moms. And what I got instead was not something worse than Bad Moms, just something just as as bad as Bad Mom’s.

And that is really all I should have to say. It has a lesser production quality, more people in it, an occasional laugh, but an incredibly forgettable story.

What was it about again? I forgot, especially since this review is coming out many weeks after the fact that I wrote this. I don’t want to read the middle part later again. They have more drugs and alcohol than expected, we have to watch the dads actually be fathers (shocking), and people make mistakes. Thankfully, they come closer through the experience.

I honestly don’t have anything really to say about this one. It wasn’t the worst film of the year, it just wasn’t close to being good.