Frozen, not to be confused with the survivor horror movie of the same name, is the first Walt Disney Animation Studios film since Wreck-It Ralph. You know, because Planes was made by a lesser Disney studio, not their main one. 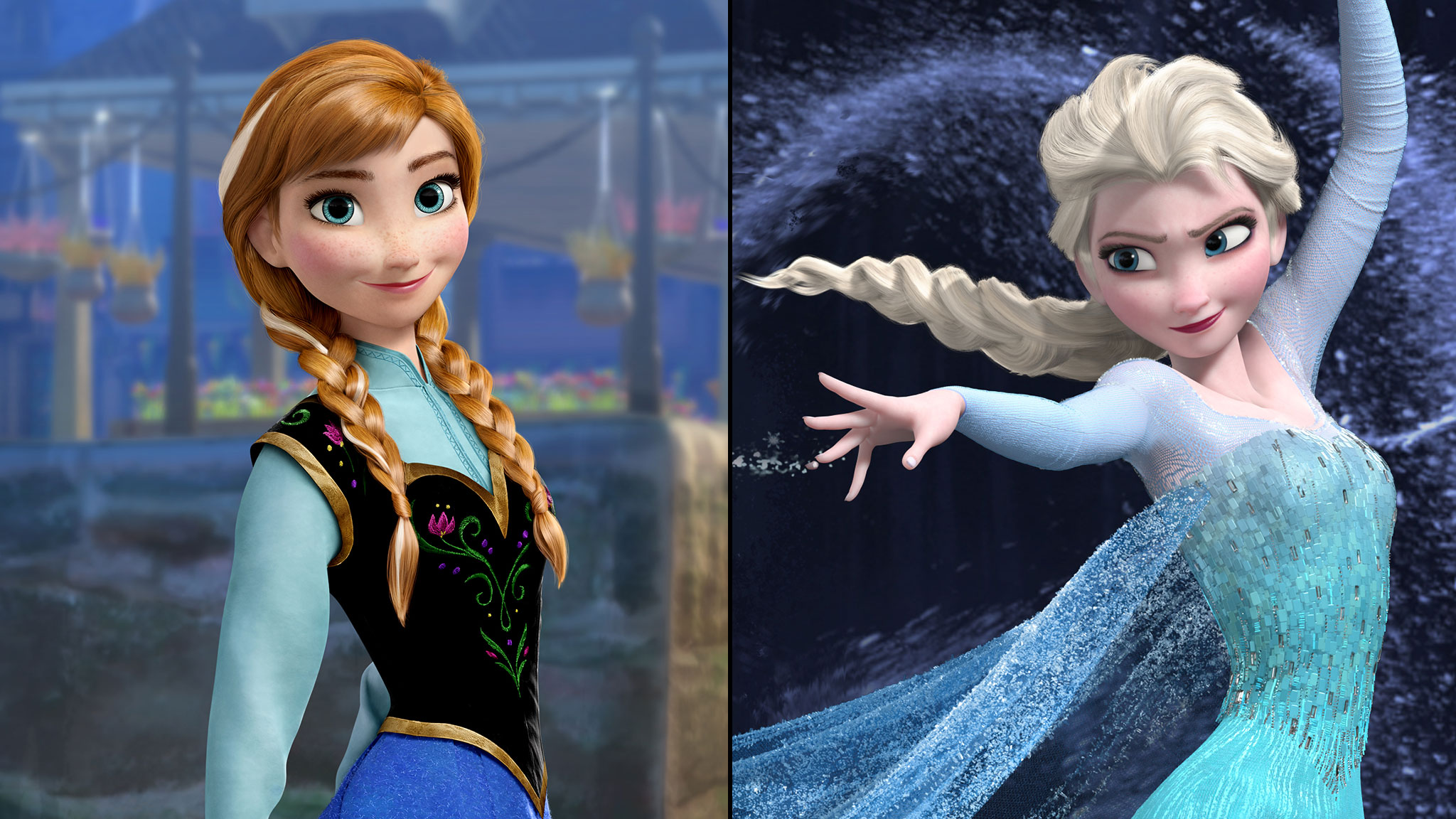 Frozen is about two sisters, Elsa (Idina Menzel) and Anna (Kristen Bell), both princesses in their castle home. However, the sisters are quite different. Elsa, the eldest, was born with magical powers: the ability to make ice and snow from her hands! Anna is completely ordinary in the magic regard, but she has a big heart. Unfortunately, after an accident, Elsa is forced to remain hidden from the rest of the world, for they will not be able to understand her powers. This means she also is kept as a secret from her sister.

Years later, Elsa is set to officially become the Queen, meaning the Castle is opening its doors for one day only. Surely nothing can go amiss in a single, nice summer day?

Well, her secret rears its ugly head and she accidentally sets the city in eternal winter! During her escape to live in the mountains alone, she also accidentally traps all of the visiting ships in the fjord (first time used that word in a review) It is up to Anna to save her! And Hans (Santino Fontana), a prince she just met and totally got engaged to in a day, and Kristof (Jonathan Groff), an ice maker who lives alone with his reindeer Sven. And Olaf (Josh Gad). A magical snowman. Don’t worry about him.

There are also trolls! And an evil Duke (Alan Tudyk), which would be the third villain played/voiced in a row for Tudyk, after Wreck-It Ralph and 42. 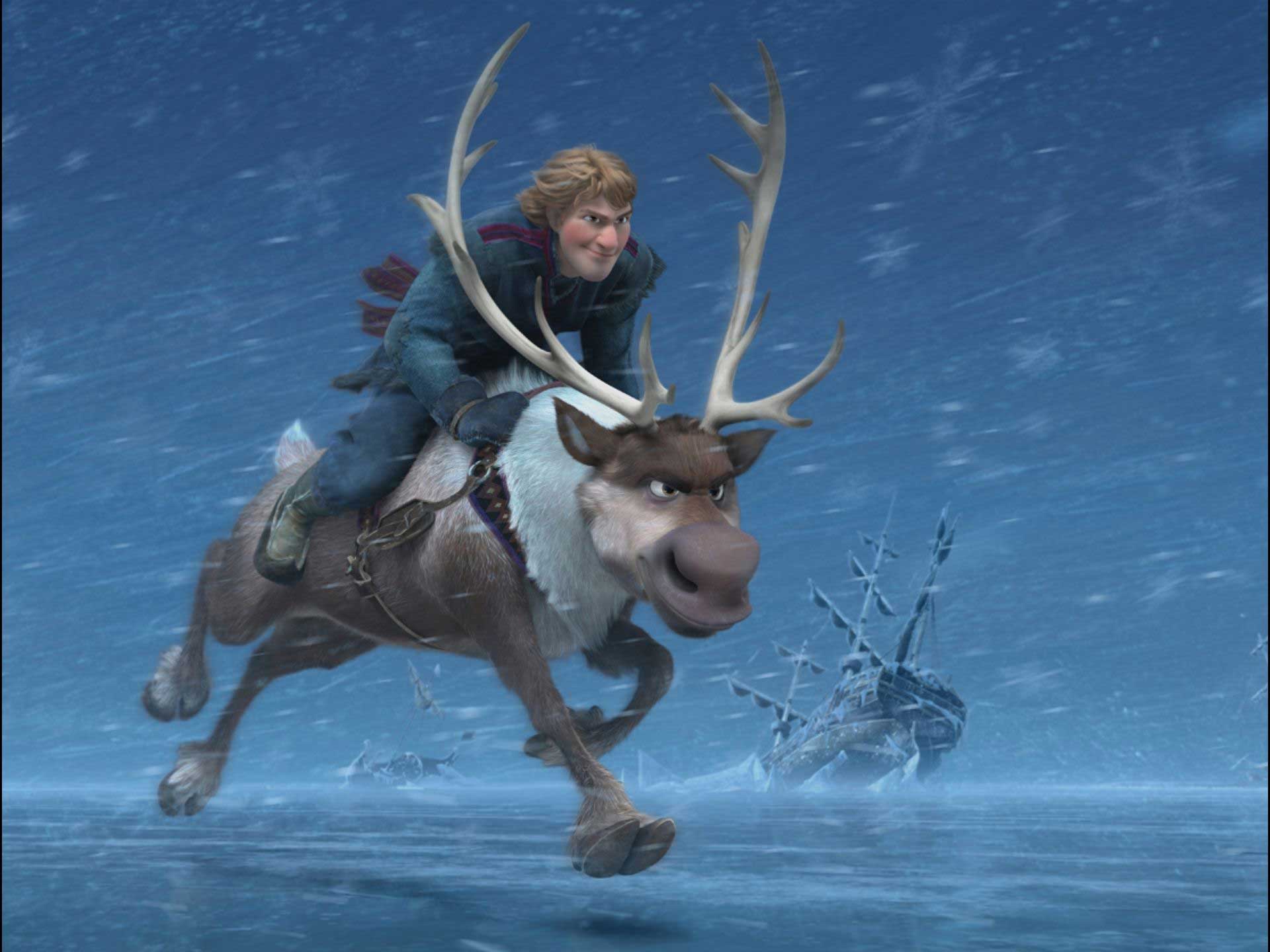 I wonder if he is going to warm her icy heart with a cool island song?

It turns out that Frozen is basically a full-fledged musical! Hooray! It features eight unique songs (although the length of a couple are pretty short) and one amazing reprise of a song. Of course, like all Disney movies with singing, most of them are in the first half, with the second half left to just plot development and action.

I was also a bit worried that this movie would tease us like Disney did with Enchanted, by casting Menzel but not letting her actually sing a song. Thankfully, she got a solid 2ish songs overall (one full one, and two shared ones). Bell is given most of the singing work, and she really knocks it out of the park with her voice.

I was amazed at the world that was created for this movie, which showcased the beautiful snowy (and summery) landscapes that Finland/Norway had to offer. The ice effects from the Queen were gorgeous and really popped from the screen, but not in a gimmicky way.

Story wise, I don’t think this has actually anything to do with “The Snow Queen” tale that it is based on, so it is practically a new story that will seem fresh to audiences.

Frozen did have some annoyances. While watching, more and more characters seemed to be added to the adventure, knowing at least a few of them served just as a way to sell toys, but that is the way Disney works. The animation style for the human characters felt a bit off from the rest of animations in that everyone looked like a literal doll character. It was like an improved version of the style used in Barbie: Life in the Dreamhouse. Yes, I have seen an episode or two of that show for comparison sake.

Overall, I really enjoyed every other aspect of the story than the few parts I listed above. It does a great job of avoiding cliches. The film surprised me over and over as I couldn’t tell where the story was taking me.

Plus, this film isn’t about some man coming to save the day, it is about sisterly love in the face of adversary. Okay, well, I guess there are some male heroes still, but that is beside the point.

Frozen is the last animated movie of the year (unless you actually include Walking With Dinosaurs) and a must watch for people who enjoy happiness.