For some reason, I thought Fired Up! came out around 2005 or something. Maybe all the times I thought I saw that it was on tv, was really just commercials for it. I guess.

Either way, a chee-

Oh fuck, I was confusing it with Stick It! My bad.

Yeah, I guess I just had no idea when this movie came out at all. Huh. Oh well, yay cheerleading movies. 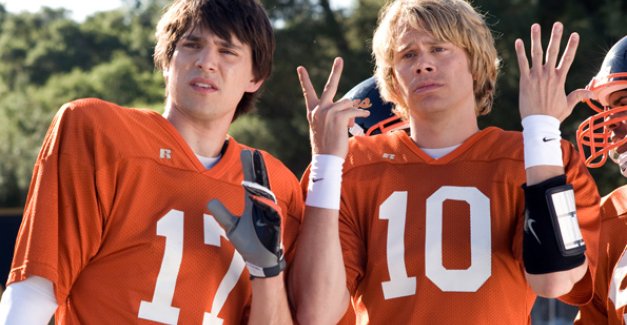 Which also happen to be very similar to teen sex comedies, if it wasn’t for the PG-13 rating.

But first Eric Christian Olsen is 35 years old, and 32 when this movie came out. What the hell man. Stop playing high school students. One of his more famous roles as a high school student was in Not Another Teen Movie, 11 years ago, when he was 24. I know they usually get 20 somethings, but damn man. Get out of the high school funk.

Him and Nicholas D’Agosto (only 29 when the movie came out) are successful football players at school. And after this upcoming summer, they will be seniors (yeahh not even seniors!). They are not looking forward to football camp, 2 weeks in El Paso, Texas, after it was changed from Miami. They also like finding vulnerable women and one night standing them. That too. But hey, as long as no one gets hurt.

But once they find out about Cheerleading camp, a 3 week fest with over 300 women they will never meet again in their life, they plan to fake join the cheerleading squad to bang the weeks away. After two weeks, they will leave them and go to the post football camp house party, and all will be wonderful. Thanks to the help of Poppy (Juliette Goglia), the younger sister mobster like character, they convince the cheer captain Sarah Roemer to let them join, even though she is certain they only want to do it to bang chicks. They could use guys on their team, especially ones who can flip and shit.

In the two weeks they succeed at their goal, but also D’Agostino falls for Roemer. Too bad she has an ultra douchy boyfriend (David Walton). Eric has made it his goal to bang one of the instructors, Danneel Ackles, who is married to the first male cheerleader to ever make it to Nationals, John Michael Higgins, camp headmaster.

Obvious plot points are obvious. They want to help them beat the evil Panthers squad who are jerks, they get the womens, they stay on as cheerleaders instead of football players. It also has Margo Harshman as a potentially insane cheerleader, and I haven’t seen her in anything since Even Stevens. 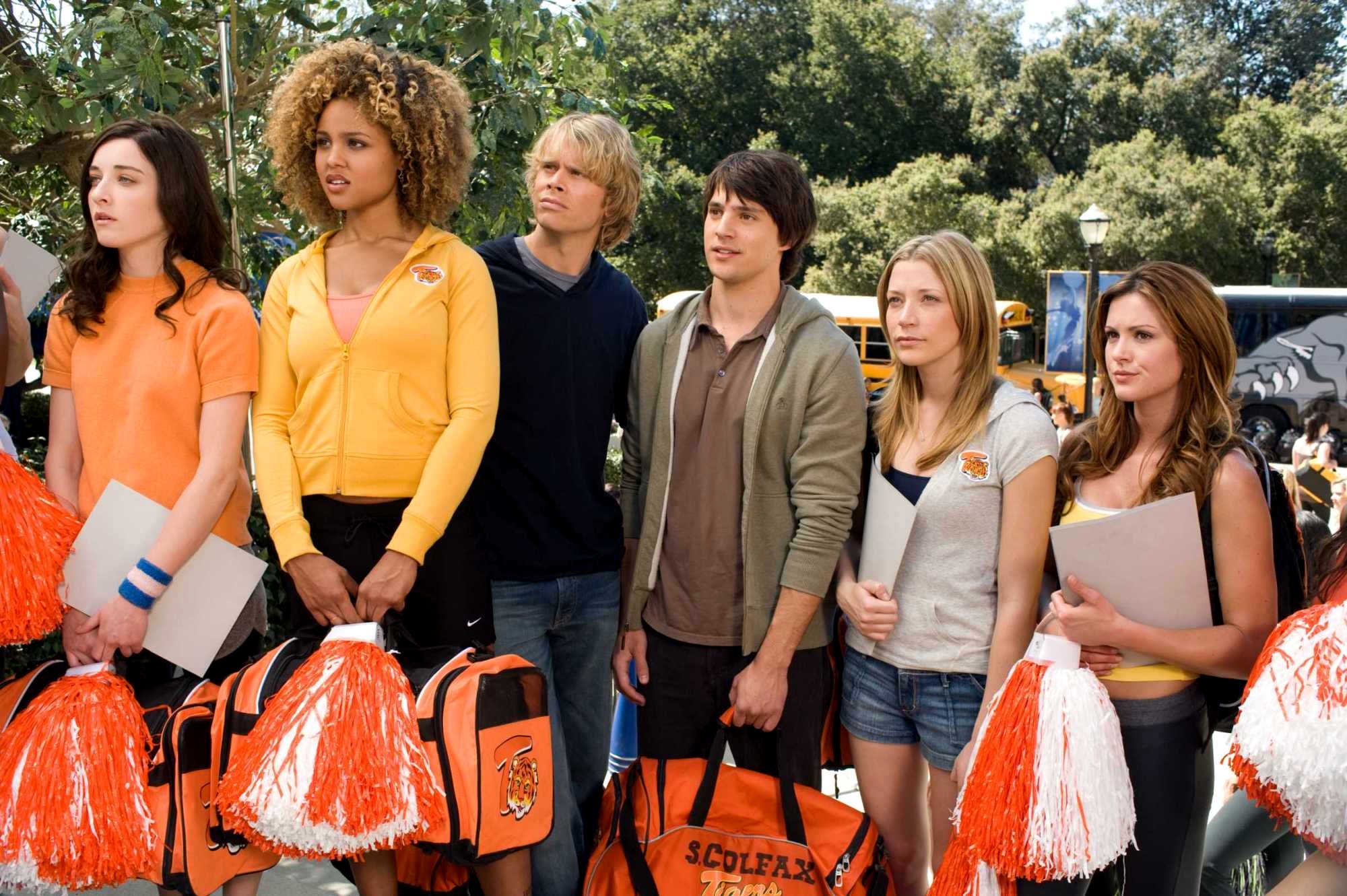 It’s amazing how the main cast members on the team tend to stand together, and never talk to the other team members.

While watching this movie, I can’t say I was surprised by any direction the plot went. Very straight forward and obvious movie.

But damn it, it was funny. Maybe because it was PG-13 and couldn’t have “naked women” being the selling point of the movie, they were left to resort to humor to try and make it decent, and I think it worked. If I had the ability to retain movie quotes like I used too, I’d be quoting a lot of this everywhere I go.

Obviously its not the greatest movie ever made, but it gets the job done.