Skip to content
HomeUncategorizedDon’t Be Afraid Of The Dark

Before watching, I had no idea that Don’t Be Afraid Of The Dark was made by Guillermo del Toro, but finding that information out now makes perfect sense. The visua style, the creatures, and the use of a little girl in danger to make a movie. 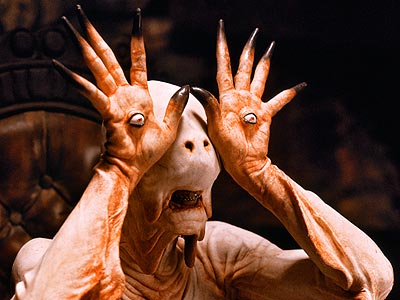 Pan’s Labyrinth is about a long game of Peek-a-Boo, right?

The story begins sometime long in the past, and it is creepy, so lets ignore that. Bailee Madison is moving into this mansion with her dad, Guy Pearce, and his girlfriend, Katie Holmes. Pace is creepy. Belonged to some past lord a long time ago who did paintings and stuff. They currently have it just to try and sell it to people who love that dead dude. I think I got all of that right

But her room is creepy. She even hears voices. The hidden basement and fireplace is where they come from too, and despite the groundkeepers best wishes, they go down there anyways to check it out. Yeah, then shit eventually starts to go down. More or less, these gremlin/goblin like things (that hate light), used to steal teeth from children and leave money. Or something like that. Also they can turn other people into them, if they do please. So they see Bailee and go balls to the walls nuts. They want her bad. But no one will believe her, since they hide!

And then the horror movie happens. Stuff is creepy, people die, and eventually it concludes. Kind of. 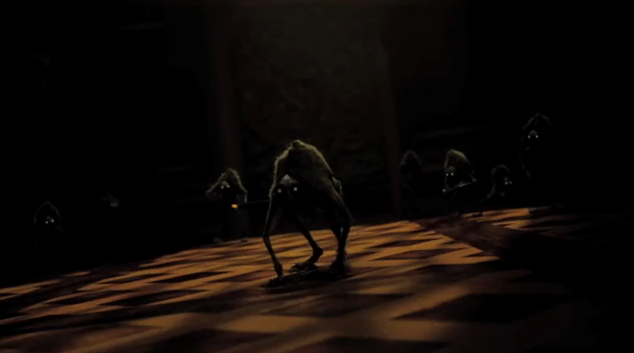 This is probably the first Horror movie I watched that actually scared me. Most ended up being kind of a joke, or Scream 4, and going for gore over fear. But I am also a self-admitted coward, so who knows, it might be very tame for others. Only thing I would say is that I wish this had more of a story to go with it, and more of a “just them vs the girl” mentality.