Woody Allen sure is an interesting man. He is now 77 years old (This is a 2013 review, for you future readers ten-twenty years from now), and still churning out interesting and diverse movies. I personally find it hard to watch some of his films, usually the overly romantic ones. I have rented You Will Meet A Tall Dark Stranger now twice, and you know, still haven’t seen it. Very apathetic.

So while the trailer for Blue Jasmine didn’t appeal to me right away, I went anyways, because it is easy to finally see something if you pay money and sit in a public room with others. 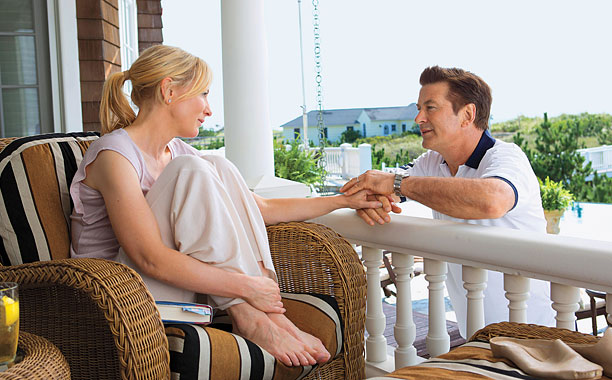 Ah, bliss. Being rich. Not love.

Jasmine (Cate Blanchett) has recently left her husband. Hal (Alec Baldwin) was a real estate tycoon in NYC, who was into some shady tactics. Eventually he got arrested, and so all of their wealth was frozen and taken by the government. Shady shit. Jasmine was left with nothing thanks to this, so she is moving to San Francisco to live with her sister and her kids.

Her Sister, Ginger (Sally Hawkins) is also recently divorced. Her former husband Augie (Andrew Dice Clay) seems to be in a rough shape, with most of their money “stolen” by Hal and Jasmine, apparently. But Ginger says family is family, and even if Jasmine wasn’t really there for her at all throughout her wealth, she would be with her now. Ginger is now dating (Bobby Cannavale), who looks like a younger, funnier version of Hal. He wants to move in with her, but now Jasmine is there. Ugh.

Jasmine has a “plan”. She wants to go back to school to finish her degree, but she has no money. So she found out she can take interior decorator classes online, clearly her forte, but she also doesn’t know anything about computers. So she will have to take a class on that. Jeez. She also has to find some horribly job, possibly serving others, in order to help buy food, rent, and classes. Life is horrible.

Jasmine is in a rough time of her life, yet she also still feels above even the smallest of tasks. Will she be able to get back on her feet through hardwork and dedication, or will she get lucky again?

Also starring Louis CK and Peter Sarsgaard, but I don’t want to tell you who. 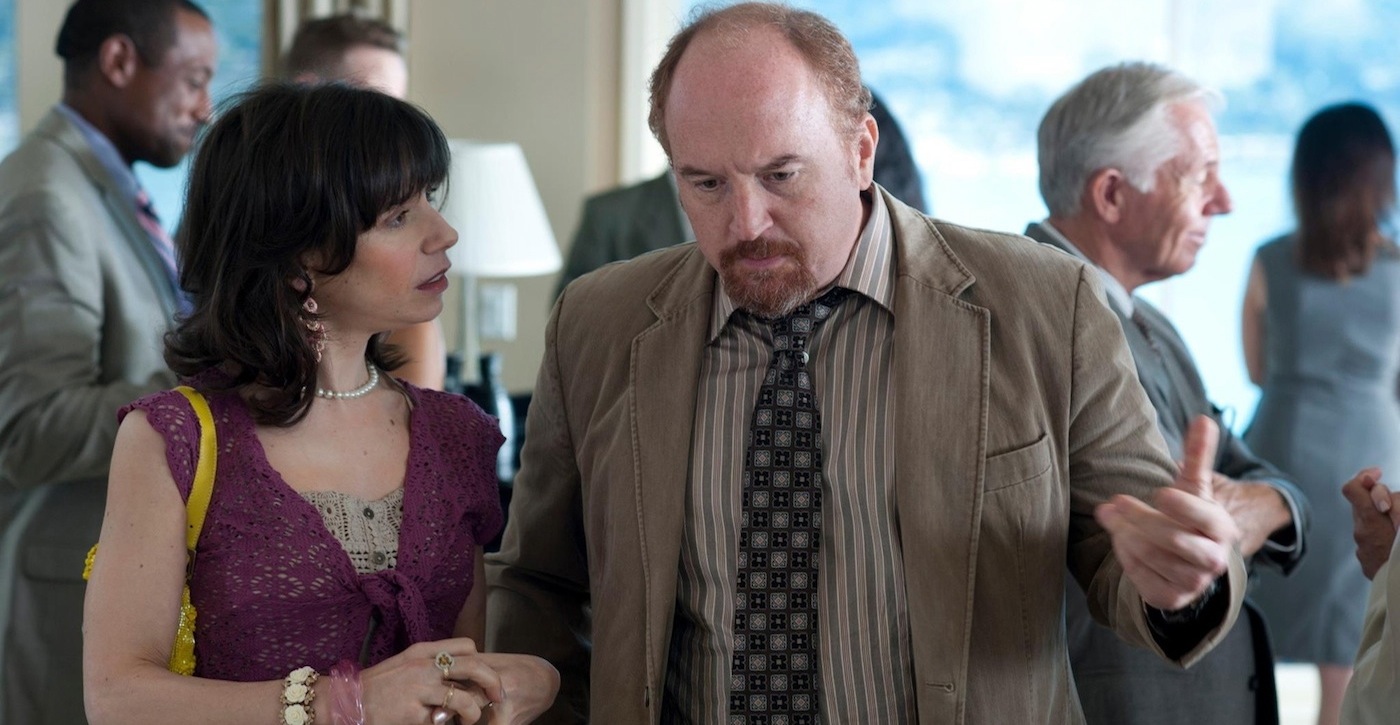 I bet Louis CK said yes to this role as soon as he found out Woody Allen was calling.

Cate Mother Fucking Blanchett. She is in a lot of things, and is often considered a great actress. This is by far the best performance I have ever seen her give. Really fantastic. This is (in August) the best performance by a lead actress I have seen all year, so right now I have to assume she is going to win an Oscar for her role. Seriously. Just seriously. Fucking fantastic. I can’t even describe how great she did at this role.

I am not sure what is psychologically wrong with her character. Maybe she is a sociopath before the divorce, but afterwards (/during it) she seems to have a nervous breakdown, which messes her up for most of the movie. Talking to herself, having an inability to relate to any other person or her own situation, it is just out of control. But Cate Blanchett owns that role.

I am also impressed with Andrew Dice Clay, who had to play a purely dramatic emotional role. I like that Bobby Cannavale is basically a younger looking Dice Clay, it says a lot about the sister character, without using any actual words.

Overall, this movie is incredibly depressing and at some points heart warming. But that is great, given its drama category. I was able to laugh occasionally, but those moments weren’t the main focus. The arguments between couples felt real, and it made it almost painful to watch. I also like that the story was broken back and forth from “now” and pre-marriage.

My biggest problem with this movie is that in the second half it feels very repetitive. Arguments and dialogue repeat themselves pretty often, despite the ever advancing story.

Outside of those gripes, this movie ended up being way better than I expected, and I find myself against surprised at what Woody Allen can do.