Bloody Hell, mate. That is what British people some times say to their mates right? Bloody hell!

It is just a random exclamation like, “What the fuck?”, “Hot damn!”, or “Weasel balls!”

Maybe Australians say it too, I just know for Americans it is not the way we swear or exclaim.

Will this film take place in Great Britain or Australia? Or will it be a hellish landscape of blood. Only time can tell. 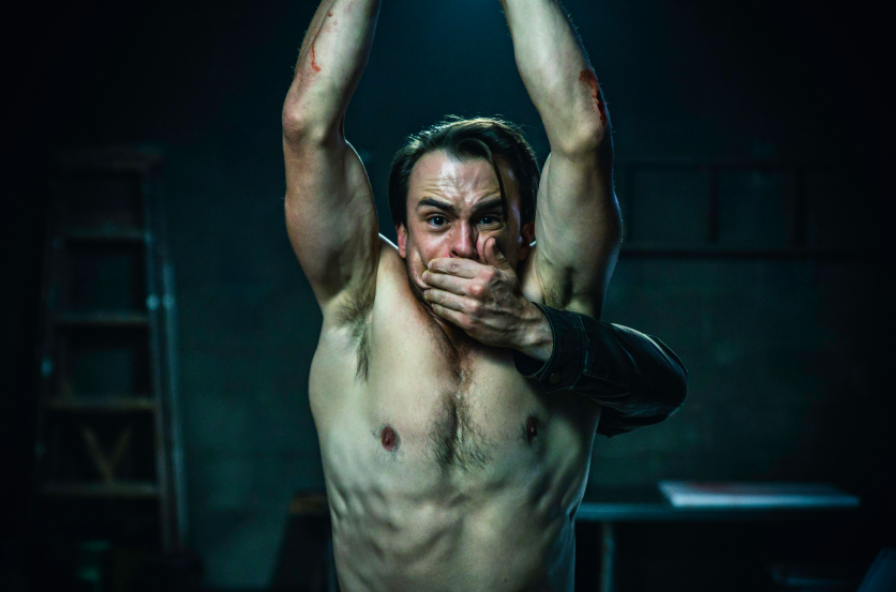 Is Rex (Ben O’Toole) a hero or a criminal? Depends on who you ask.

Rex was at at a bank, trying to flirt with a worker, take her out on a date, when some dudes in masks showed up to rob the place, with guns. Things were going poorly, things were dangerous, so Rex took it on his own to just deal with the robbers himself. This surprisingly led him in jail for the way it all went down.

Years later, he is pissed off with the system, but he served his time and he is free to do what he wants. And he wants to leave the country. Go somewhere else, like Finland. But seemingly unrelated, some people capture him and have imprisoned him for…some reason. Damn Finnish people. he now has to use the same tact and guile that got him into prison for saving a bank, to figure himself out of this situation as well. 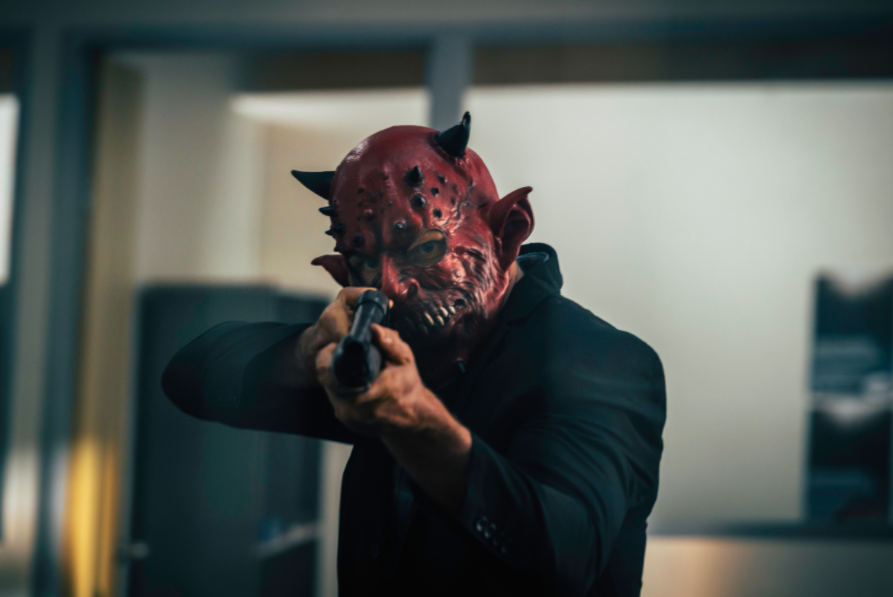 When Dart Maul is robbing banks you know times are tough for Disney.

Bloody Hell has a strange narrative structure and a pretty strange plot. The only thing that really connects the bank scene to the Finland plot involves the thinking of the main character and the level of violence he is able to dish out. But it is not the sort of thing that has to be a big focus for the Finland plot to happen. It does tell the story out of order, so it does keep some suspense in their relation.

And despite the fact that they don’t really matter together, this movie is still really fun.

I enjoyed the main character and his extra personality. Ben O’Toole was really charismatic with this role (eventually, the first bank scene of the movie was a little awkward). He seems like a fun guy, just a bit violent. His conversations with his inner voice is the main part of the film, and it comes across very well. The evil Finnish family isn’t too much special, but there is enough people to serve as fodder for unique kills and violent scenes.

Bloody Hell is not the strongest plot by means, but it keeps the action up for the most part, and doesn’t just feel wasted in its strange premise, like other recent movies that go with this genre. It is a movie that begs for creative death scenes and actually delivers, instead of being a let down like recent films like Ready or Not or The Hunt. Yeah, I will call out both of those films for sure.