Did you read my review of Detropia? No? Of course not. And don’t worry, it wasn’t the best review.

Because when I wrote that review, my heart wasn’t into it. Into the film or the writing. It just was there. I watched it a month ago, saddened, because I was hoping to see a new documentary that caught my eye instead. Audrie & Daisy. Just something I found by googling new documentaries on Netflix, except I was a month early. Argh, but the topic was interesting to me!

What is the topic? Well, sexual assault of course!

Oh, erm. Technically not the topic to get very excited for, but given certain documentaries recently like The Hunting Ground and The Invisible War, they tend to hit hard and be really well made.

Audrie & Daisy is a documentary trying to slow it down a bit. We aren’t going to talk about a dozen different stories, just mainly two stories. Audrie Pott and Daisy Coleman, two girls who were both in high school with unfortunately very different results. 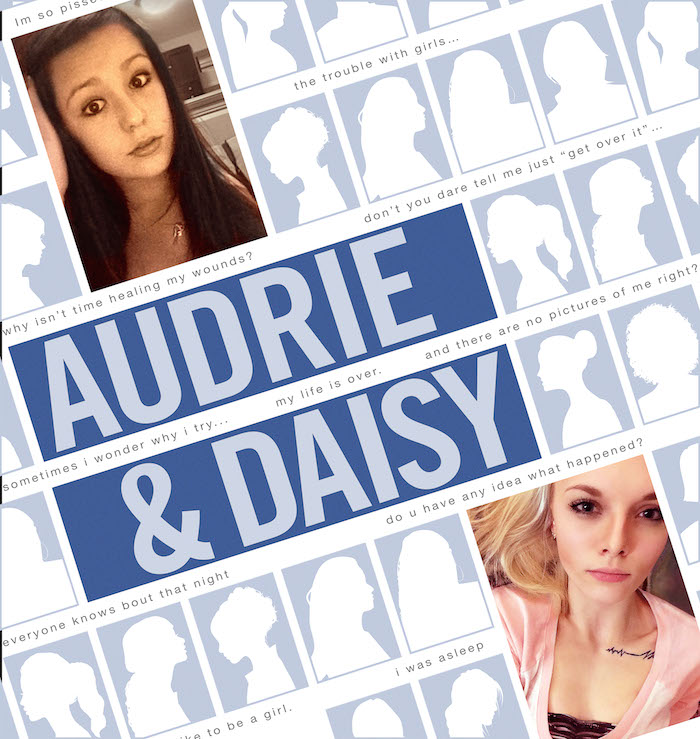 One again, a documentary where I have to basically just use the poster/cover because everything else would be boring.

I won’t tell you the details, but yes, things don’t end well. Like, at all. First of course there is rape involved. Not really a good start to any story. Alcohol was involved, they were both underage and consent could not be given in their conditions, but people took advantage of them.

They also decided to not just hide their case either. They went public about it, to the cops, and their lives were practically ruined because of it. Online harassment, friends harassment, people calling them names in school because the boys involved were athletes. The police not believing them, working slowly, or not giving correct results maybe because a boy is related to a politician. You know, the usual terrible stuff.

And guess what? This documentary will make you feel bad and make you feel angry. Angry at a whole lot of people, but also angry that women everywhere have to put up with this sort of stuff if they want to bring up transgressions against them.

Again, keeping it vague so you can find out the whole story, but it is worth a watch and the details will piss you off. Even when people serve time, it isn’t enough and too late.

My only issue with the documentary as a whole is that by making it about two people, yes we got very good details on their case and yes we got how they were “related,” but it feels like it is just missing more. More statistics, more talk with people who are experts, just something. I need more than people just talking about terrible events and offering temporary solutions to make it a truly great documentary.

But it is worthy of a watch, and being straight on Netflix, everyone will have an opportunity to see it before awards season.