Skip to content
HomeUncategorizedAll The Money In The World

I am mostly certain I wouldn’t have seen All The Money in The World as soon as I did, if it wasn’t for the controversy.

At this point, telling me that Ridley Scott was the director doesn’t’ do anything for me. He has put out a lot of shit. Like The Counselor.

But Kevin Spacey was in the movie. His role was important, it was in trailers and on posters. He was basically the central villain. When it came out he was a central villain to people in real life though, his stock dropped significantly, and Scott decided to kick him out of the film. A month before it was being released. Without moving back the release date.

Instead, Christopher Plummer was brought in for the role. Everything was re-shot within a week, editing occurred, and we got the same release date. It also gained controversy over pay disparity from these reshoots, which is even more free PR.

Remember, there is no such thing as bad PR. Because the movie got award nominations – and we will never know if it is for the film itself, or the speed and craft of getting so much of the film done in just a week. Or maybe to give Spacey the finger. 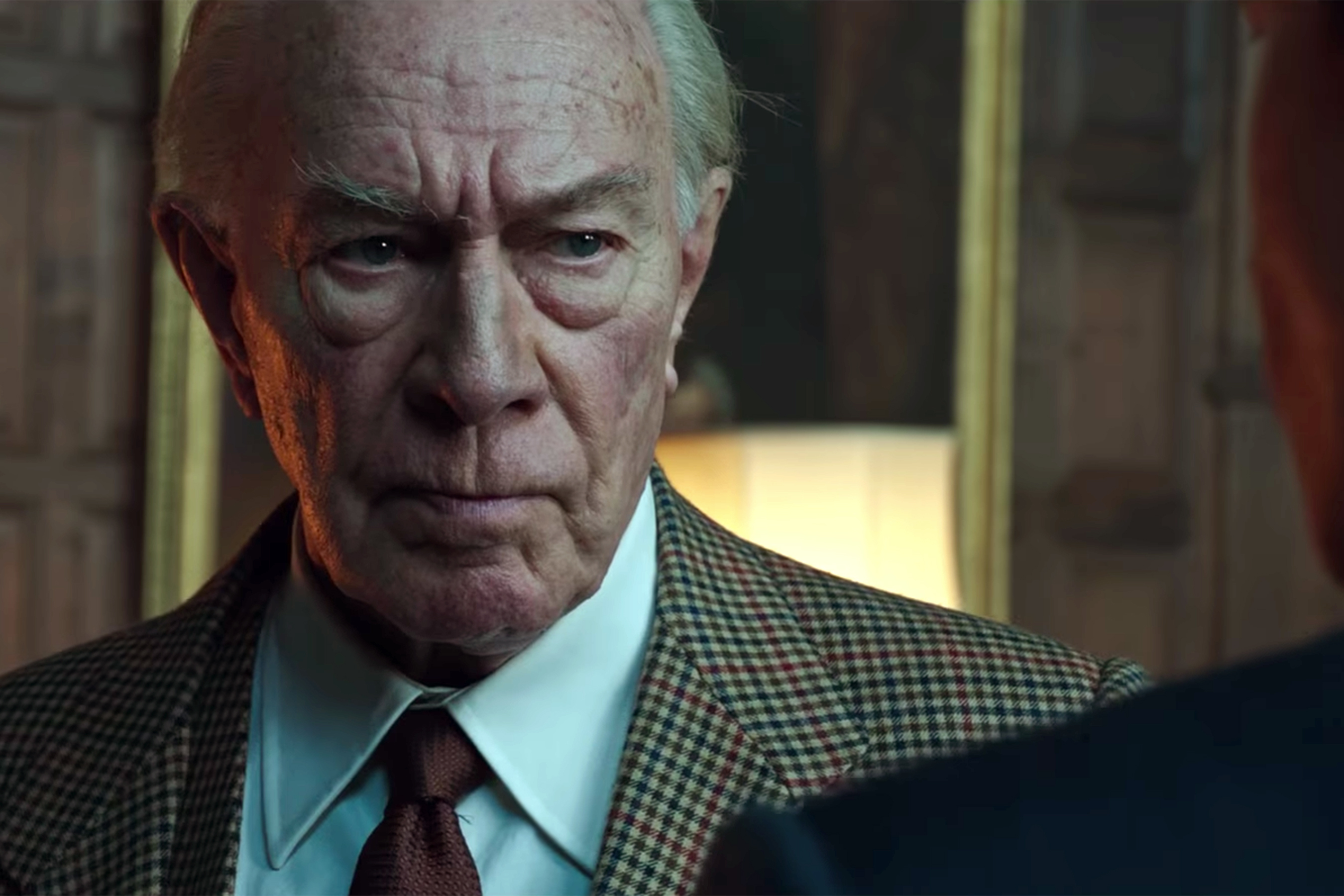 I’m not fully convinced that he isn’t CGI’d into some of these scenes.

The story is a little bit about John Paul Getty (Plummer), who at the time was the richest person in the world. He was very meticulous with his money. He didn’t spend more than he had to, he always looked for deals, he got his fortune from oil in the middle east, and he was shrewd.

Gail Harris (Michelle Williams) was his daughter-in-law. She married her son and had a few kids, but the son became a drunk and a bad husband so they divorced. She divorced out of the family, taking none of the money, just full custody, wanting to distance themselves. But her son, John Paul Getty III (Charlie Plummer) was still growing up with the richness of the world around him. He had access to money, he got to travel the world, and one day, in France, he was kidnapped.

The kidnappers knew who they had, they were basically celebrities! So they knew they could ask for a lot of money to get Getty to have his grandson back. But Getty was careful with his money. He said no, and that was it.

All The Money in The World tells the story of Harris, trying to get her son back, trying to convince her father in law to help, while her son’s life was seemingly on the line. 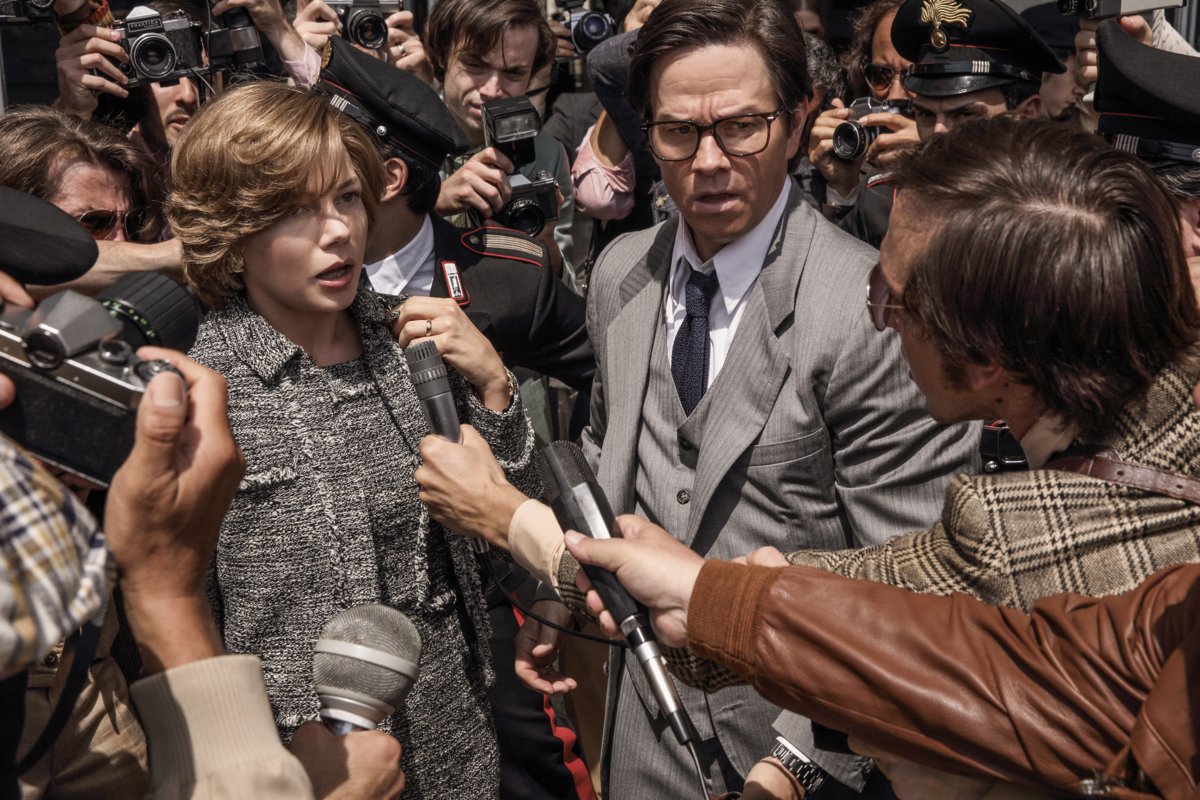 Oh. And the Paparazzi. They are all over this movie like…paparazzi.

Is this real story worth a film? Yeah, sure. It has drama, it has suspense, it has real dicks and real buttholes.

But this movie never really captivated me or drew me in to care about the characters involved. It never really felt real, but instead felt like a fast paced movie without a lot of thought behind it.

The movie starts off, time jumping back and forth across decades. We get some history of Getty, of the marriage, of the kids being younger kids. The time jumping goes too quickly and doesn’t really feel as helpful as they probably imagined. And of course, it was awkward that Plummer looked identical across 30 or so years. That’s an issue with the movie, and one you can’t just ignore by saying they did it in a week. Yeah. It shows at times.

Once the plot finally gets going, it relies heavily on Williams, Plummer, and sure, Wahlberg, to carry the story. I really enjoyed Williams as the mother. She was a strong character, constantly seeming like she was on her last wits end, but somehow keeping it all together. Wahlberg felt like a generic number two “Get it done” man, while Plummer just felt like a cranky old dude who gave no fucks. I don’t know if it is realistic, it is just true that his character didn’t have a lot going for him across the dimensions.

I knew close to nothing about the story, but it was quite clear what parts must have been embellished and what actually occurred. I don’t go to movies to see 100% factual events, but I do usually get annoyed when the truth is far more interesting than the film parts. I was notably annoyed at the end, when the rescue attempts were almost done. They kept switching back to Getty, and I had to role my eyes knowing that the timing of those events was just so stupid. And yeah, they existed just to make the movie seem more frantic.

This is a good story, with at least one great performance, that just feels rushed and overly dramatized. We can handle drama without the forced thriller parts. Just make sure everyone on board is giving it their all. I don’t know how much I dislike that can be blamed on the change of cast, but I do know I wouldn’t have given it any awards.