Ah, nothing creates a romantic Valentine’s Day movies like remaking films from the 1980s.

About Last Night… is seen as a classic romance movie by some, starring Rob Lowe and Demi Moore, and others wildly hate it. So why did they decide to remake it? YOLO, that’s why.

The remake, About Last Night, is quite different from the original with one big huge glaring difference. Yep, they got rid of the ellipse in the title. 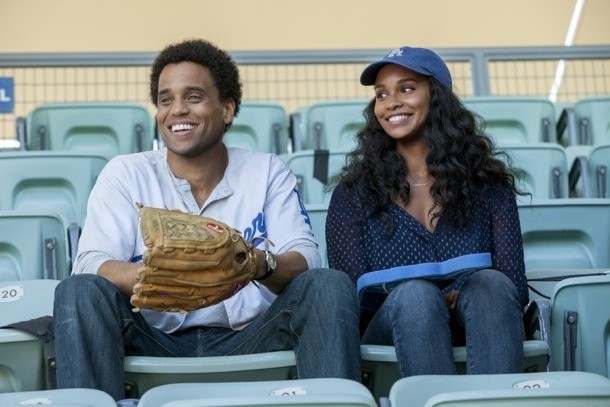 I am so color blind, that I have no idea what any of the pictures I post on this website are. They all look like blank.
DO THE JOKES MAKE SENSE? I DON’T KNOW!!

The story is about four people who go about love in different ways.

First, Bernie (Kevin Hart) and Joan (Regina Hall) meet at a club and have drunken incredibly weird sex. But they love it, and they want to meet up some more, so they both bring their friends to meet each other too. Joan brings Debbie (Joy Bryant), her “boring” roommate, and Bernie brings Danny (Michael Ealy), his work bro.

Somehow Danny and Debbie hit it off, thanks to their mutual disgust they both show from the excessive display between Bernie and Joan.

Aw, everyone is dating now. But Bernie and Joan hit troubles and really quickly start to loathe each others existence. However, things for Danny and and Debbie are progressing quickly. They turn their adulterous relationship into love, and even move in with each other. Aww. But in the end, both couples seem to be making poor decision after poor decision.

Maybe none of the four actually have all of the right answers?

Also, Christopher McDonald is in this movie, and he doesn’t play a villain. That was maybe the most surprising element.

Even more surprising than that Halloween “costume.”

It has been a long time since I saw the original movie, so I don’t actually remember how much the new version differs. The expected plot lines and times throughout the year when they occur are the same, but everything else from what I can tell is different.

And it is hilarious. Technically, the main plot line is serious and dramatic and sad and romantic. But the side plot line with Hart and Hall killed it. It absolutely had me in stitches. Their charisma and banter was amazing. I am willing to say that the humor presented by these two is worth the price of admission.

I am not saying the dramatic elements from our main two characters are bad, they were good too. But they weren’t super entertaining. It was just “okay” acting, and the characters made strange decisions that I never really understood. But I got over it.

The enjoyment I felt overall from laughing every time Hall/Hart were on the screen overpowered the lesser aspects that presented themselves in the story. Is it the best movie ever? Not at all, but About Last Night makes me feel a bit giddy, and that’s why I ended up liking it.