Some people will assume I watched About Cherry only because of its provocative DVD cover, of which I will leave up to you to look up on your own.

Those people would be right.

You see, she has been a naughty girl, and people need to acknowledge that fact in this movie.

Angelina (Ashley Hinshaw) has recently just turned eighteen, and you know what that means! Time to throw away all responsibility and do what you want. Who cares if your mom is worried? Who cares about money? Oh wait, Angelina cares about money. That is why she agrees to do a sexy photo sheet for some necessary cash. Oh yeah, it turns out she likes it too.

So she convinces her friend (Dev Patel) to move to San Francisco with her, where they share a room and an apartment with another boy. Angelina goes to work at a strip club, not as a skeezy dancer, but as a waitress. That is where she meets Frances (James Franco), a rich lawyer who totally wants her. Woo, sugar daddy. 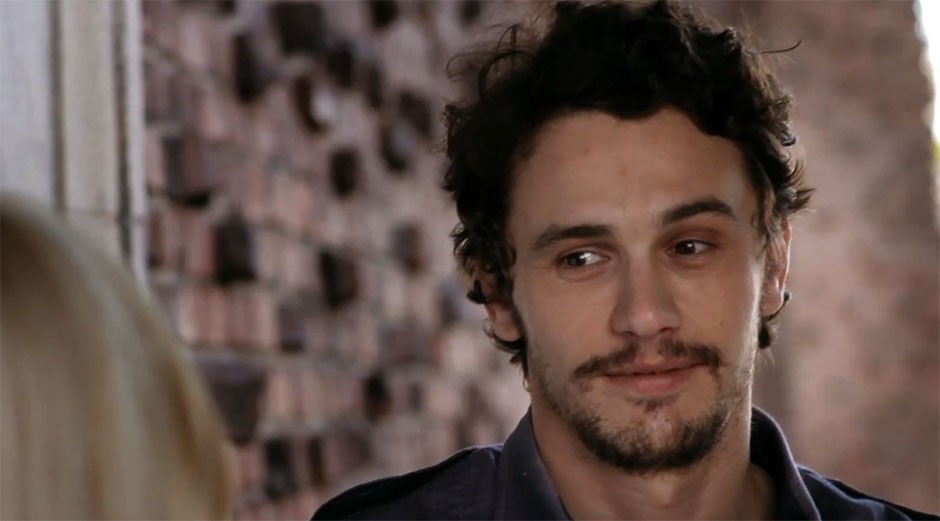 Franco knows whats up. He loves the young ones. Francos a sick man.

Guess what, this movie has breasts in it. Ashley Hinshaw’s and some other women. But that is about it, really. It is a movie with some boobs and little else. The drama seems fake and forced. The message is uncertain, and the characters are lame. The ending is also a let down.

But boobs? But nothing. National Lampoon movies have boobs, but also occasionally they are entertaining. Yes through humor, but dramas can be entertaining as well. This one just isn’t. It is boring, and although I never moved to California become an adult star (that you know of), I doubt it happens that way so casually. Short review, for basically a short waste of time. Ashley Hinshaw is hot though.