Belfast, not just a city in Northern Ireland anymore.

Well, it still is a city in Northern Ireland, and I am sure it is the name of cities in other places too. But now it is also a movie.

And what would a movie about Ireland be about? Certainly not the making and maiden voyage of the Titanic ship, nah, that is too boring. We need to talk about some of that Catholic/Protestant fighting that happened throughout the 1900’s. That way we can get car bombs and actual religious persecution. 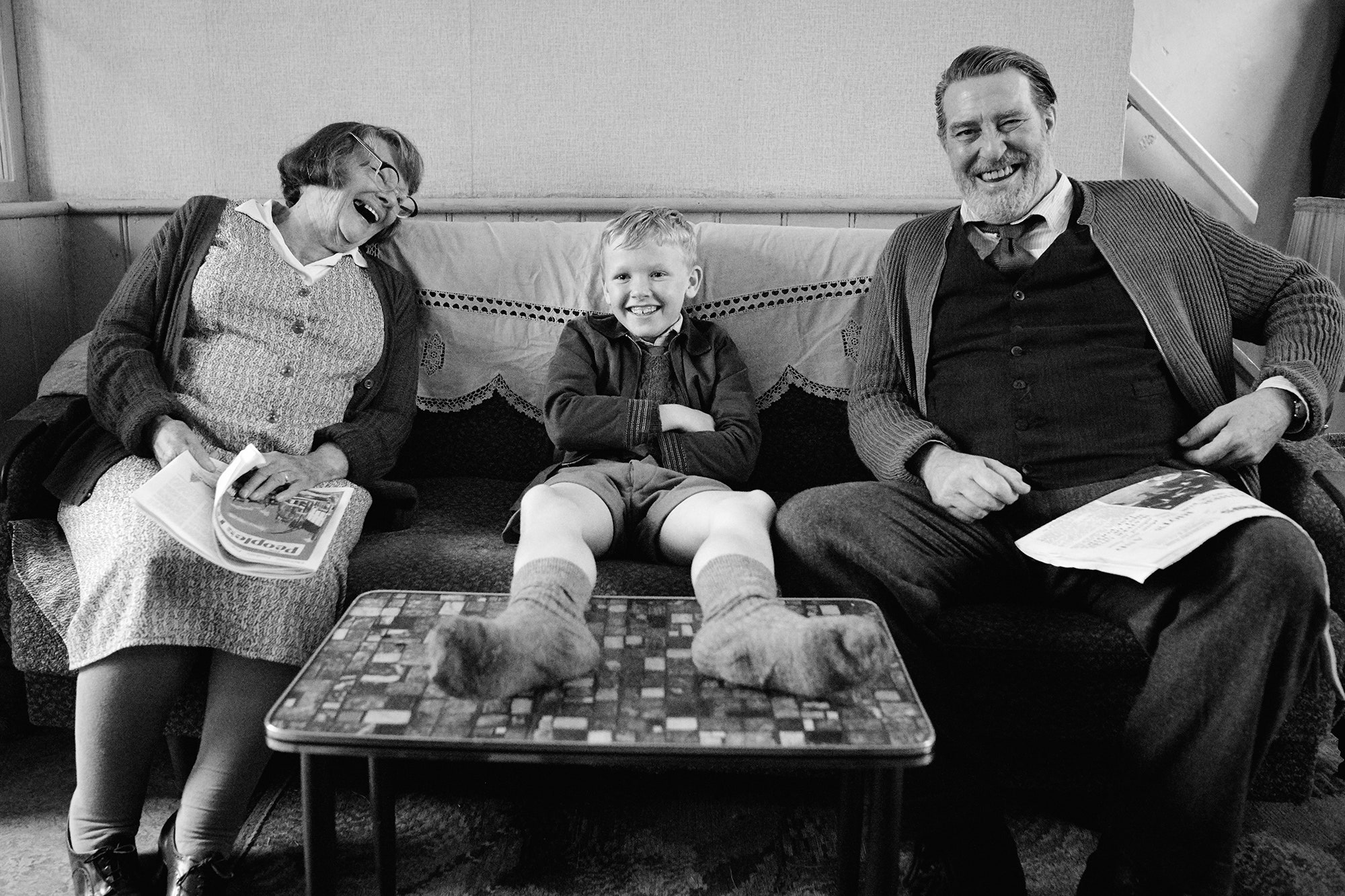 And of course loving happy times with families. Of course!

In 1969, man walked on the moon, and there was unrest in Northern Ireland. Although Catholics and Protestants had been living together mostly fine over the last few decades (After some 1920’s stuff), it looks like anger is back on the menu. Citizens of Northern Ireland want to expel those Catholics from their country, back to the other Ireland, where they are mostly at already. And they are willing to expel them by force, and go to war with their own government, being mad about a whole lot of issues. We get street riots, car bombs, death, and of course vandalism.

Buddy (Jude Hill) is just a kid during all of this, and the violence is quite scary. He knows that the Catholic families are a little bit different from their religion, but not enough for him to care. He wants to marry a girl at his school, he wants to get better at school work just to be close to her, he wants to hang out with his grandparents (Judi Dench, Ciarán Hinds), and his cousins, and all of that. He definitely doesn’t want to be a bad kid.

But he is unsupervised a lot. His daddy (Jamie Dornan) had to find work in London, so he is back for a weekend every two weeks, to pay for survival and missing back taxes. His mom (Caitriona Balfe) is struggling to keep them all together in an unsafe city, but it is the only city she knows so she does not want to leave it.

This is getting harder and harder with the increase in violence, decrease in morals, and even a leader of the local gang wants payment from the family, or their dad to join them in patrols, or else they might be targeted. Damn. 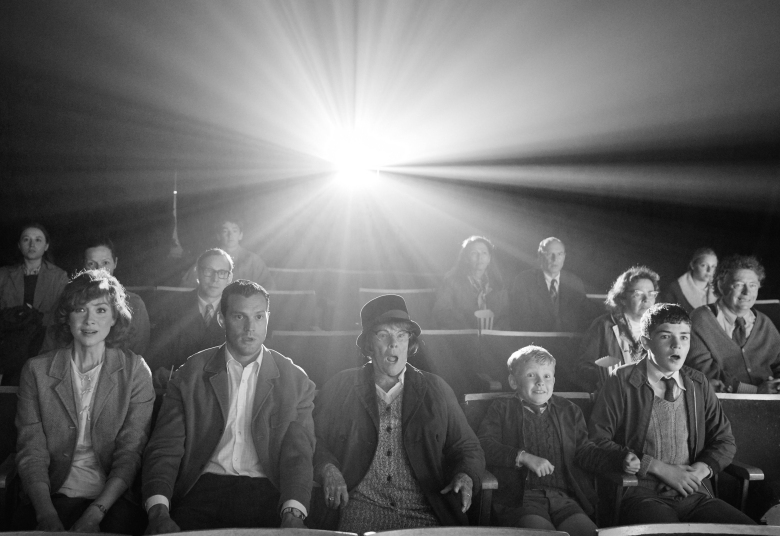 I am always going to be a fan of people going to the movies in a movie.

I honestly think the choice to film it as a black and white film with the occasional splashes of color was a mistake. I think the film was shot gorgeously, with a lot of unconventional shots during regular conversations, or shots framed through literal windows and doorways, and more. It was all very pleasant to look at, but the unnecessary “old timey” feel didn’t contribute to the film for me. If the occasional splashes of color felt more apparent, I probably would have cared less, but overall, its an artistic choice I can’t fully get behind here.

I think all of the actors did a lovely job, especially shout outs to the parents/grandparents of the film. They felt like a family going through a rough time. The advice felt real. The conversations felt real. The love felt real. I especially liked the chemistry between Dornan and Balfe. I was on the edge of my seat wondering what would happen to their relationship, and the only part I teared up at was during the “Everlasting Love” scene. It was powerful and gave me hope.

I am a bit surprised that the movie takes place during a period where civil unrest was rekindling across the religious communities, the start of decades of domestic terrorism.  You know, since I went in blind. However, even though it started out as the plot, it really featured very little violence and terrorism. It is mostly the first scene, and a scene much closer to the ending where there are rioters out and looting. Most of it is just a regular family trying to get by. It places a huge importance on that specific street, which does confuse me a little bit. Was it really just the one main street with conflict and barricades and an army hanging out? At least camera wise, that is what I am overall led to believe.

Belfast is a strong movie and a sad movie about living in unruly times. But really it is about a family who has no idea what to do to protect their own. Whether it means to stay and fix their community that they know, or to leave and run to safety elsewhere that is unknown.