When you get a free movie rental, normally you use it for something you like. I prefer to use it on things I would normally never get otherwise. And that is why we now get to talk about the potentially frightening, laughifying, and hardening movie Zombies vs. Strippers. I have to throw some curve balls every once in awhile, keep you all on your toes. 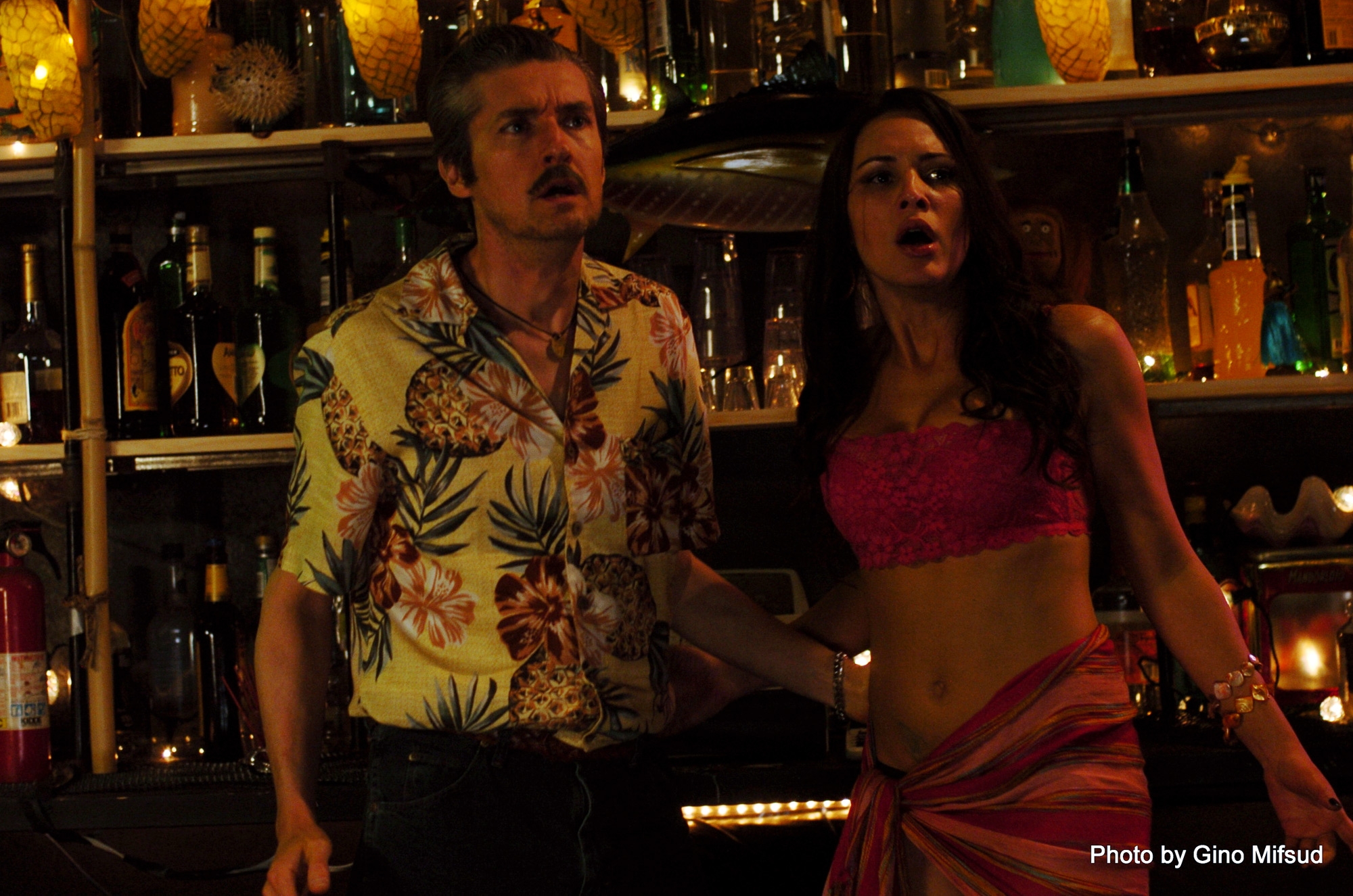 Or maybe I am doing this just to increase traffic to my website. Who’s to say?

The Tough Titty is a strip club, but with a pretty dumb name. Who would want to go there? The answer is actually no one. They have basically no customers, and the owner Spider (Circus-Szalewski) is going to close up shop. Tonight shall be their last night, so why not officially lock the doors and party! Just the normal crew, and the four strippers on duty.

Despite the talk of closing, they manage to get guests in that night, talking about the craziness of the city outside. Sure, some of those guests might be zombies confused at their location, but they are probably harmless. Instead we get low life rock star who wants to party Spike (Adam Brooks), a rich guy who has tons of money to waste (Patrick Lazzara), and a mini bike gang lead by sturn philosopher Red Wings (Brad Potts).

Fuck the characters. You want strippers fighting zombies. Well, eventually, a long time into the movie, that happens. But until then, some bad acting and boobs. Basically the American dream.

Will The Tough Titty be the last bastion of safety for the Human Race during the zombie apocalypse? 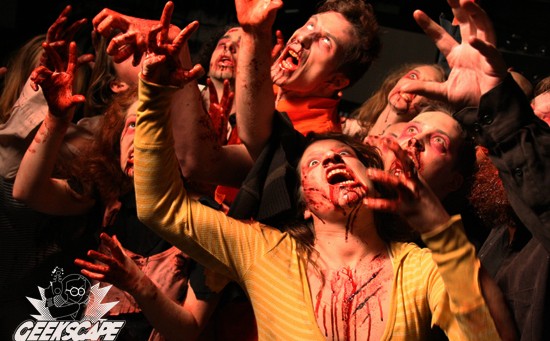 “WE ARE NOT ENTERTAINED BY YOUR GLITTER PAINT!”

Zombies vs. Strippers reminds us that when the Zombie Apocalypse happens, not everyone will be in a grocery store or at home. There are many types of jobs out there, and those bills have got to be paid. So of course there would be a strip club, oblivious to the going-ons outside the city. Especially if it was a shitty strip club.

Yet somehow, despite this clearly being a “boobs and laughs” picture, it still seems to be strangled by normal horror movie tropes. Dumb things like, the main actress won’t get naked, even if she is a stripper like the rest. Sorry to break it to you blokes. Also, I am British now.

There was a pretty extreme lack of zombies and strippers battling it out as well. Really didn’t happen until the end, and felt a bit underwhelming. You will probably be surprised at who survives until the end, and might even wonder what happens next. I have been told that Zombie Strippers, which came out four years prior is a much better film. Not sure if that is just because of the lead actress or not though.

But the mere existence of that film makes this one a cheesy “skinemax” parody of the other, unfortunately. It is important to note that this film delivered a bit of what it promised, but probably could have used more jokes, more boobs, and more zombies.