Without looking, I am going to assume that Yogi Bear probably failed at gaining really any profit. Its goal is to make a live action version of an old cartoon, one kids nowadays do not watch. So it wants to be a kids movie, but appeals to a non-kids audience. So adults going to it will be disappointed in it because it is a kids movie only, while kids won’t want to go to it because they don’t know about it. 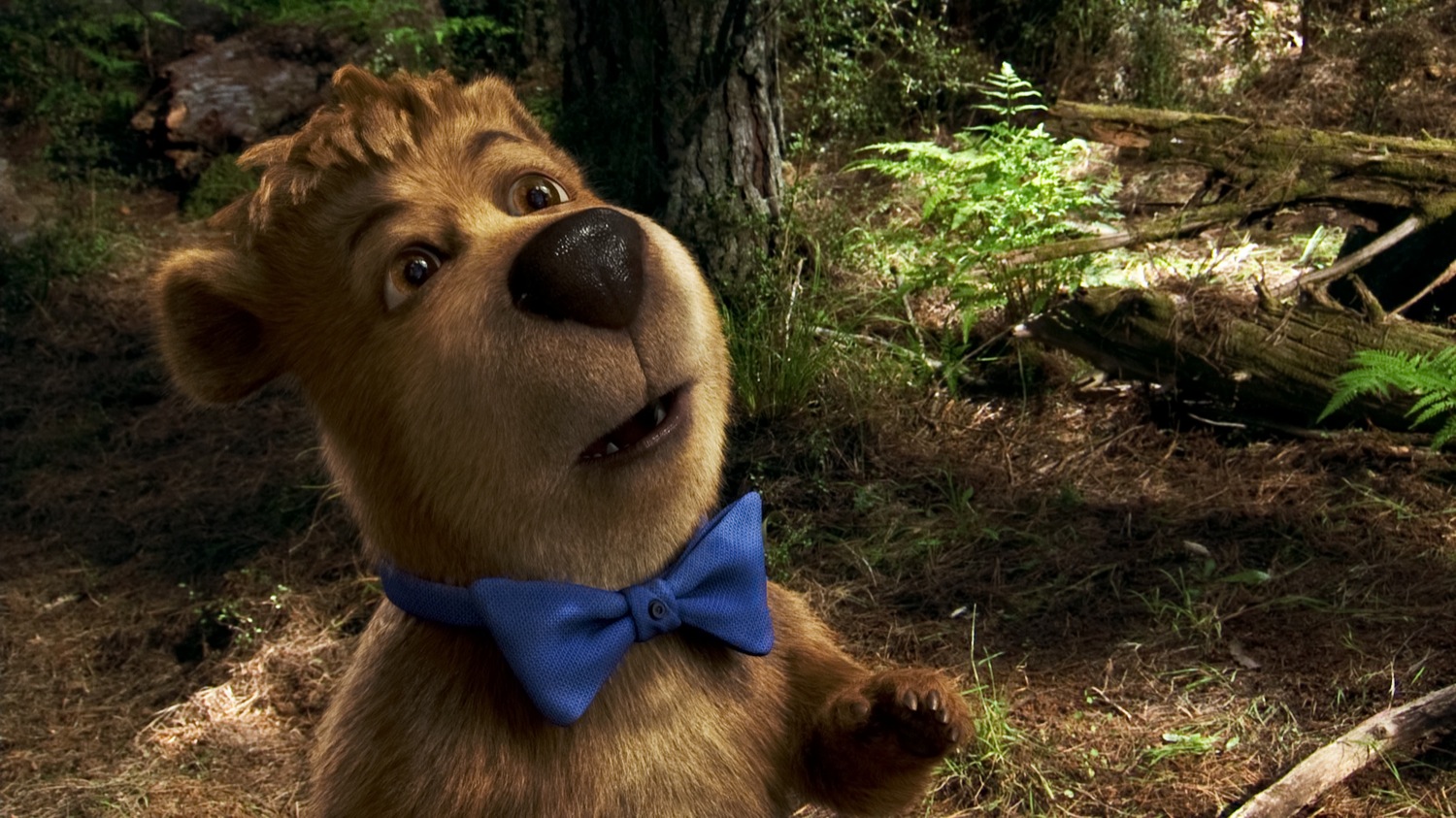 And not having any money is what this movie is about.

Yogi (Dan Aykroyd) and Boo-Boo (Justin Timberlake) are doing what they normally do. Being talking bears. Ranger Smith is played by Tom Cavanagh (Bad choice) and his assistant Ranger is T.J. Miller, the only two rangers in Jellystone. But, yeah. The city was going bankrupt, unless the mayor could do something. So he wants to rezone the park into a non park and sell the land to logging companies, giving the town and everyone money, yay!

So it is up to Yogi, Boo-Boo, Ranger Smith (who doesn’t care about their help, no matter how many people would love to see a talking bear) and Anna Faris (As a crazy documentary nature person) to try and save Jellystone!

Here is the problems with the movie though.

1) There is not enough Yogi Bear/Boo-Boo in it. I think the ranger gets more screen time. Fuck that. We don’t want to see more Ranger Smith than Yogi, especially if he never wears the damn hat.

2) Their way of saving Jellystone involves a law that protects it. Unfortunately it is one of the dumbest and least successful laws ever, normally meant to screw people out of their homes.

3) They do save the park, but don’t bring in additional revenue for the city. So, presumably, the city DOES go bankrupt, people lose their jobs, and somehow that makes more people want to go to the park? They somehow get business at the end, but must be from out of towners, because that city is probably a ghost town.

I enjoyed the first half of the movie more than the second half. Or at least just the Yogi Bear scenes. All the other scenes were stupid. I had laughed on more than one occasion because of the good bear commentary. But there wasn’t enough. That is an obvious problem someone making this movie would have observed. It’d be like making a transformers movie and having it be about a human instead. Oh wait.