Shortly after I posted my review of God Bless America, a friend of mine told me I should watch World’s Greatest Dad. Apparently it had the same director and was surprisingly good/dark despite the recent trend of Robin Williams movies, like RV or Man Of The Year.

So why did it take me more than a year despite at least two other people telling me to watch it? Well, I just needed the right time to do it. And unfortunately that time had come.

With the passing of Robin Williams, I felt a huge sense of sadness that I haven’t felt from a celebrity in a long time. Yes, Philip Seymour Hoffman‘s death was also sad, but I and many others didn’t grow up with PSH always in our lives.

So without further ado, finally I am checking this movie out and will try to catch up on his back catalog over the next few months. 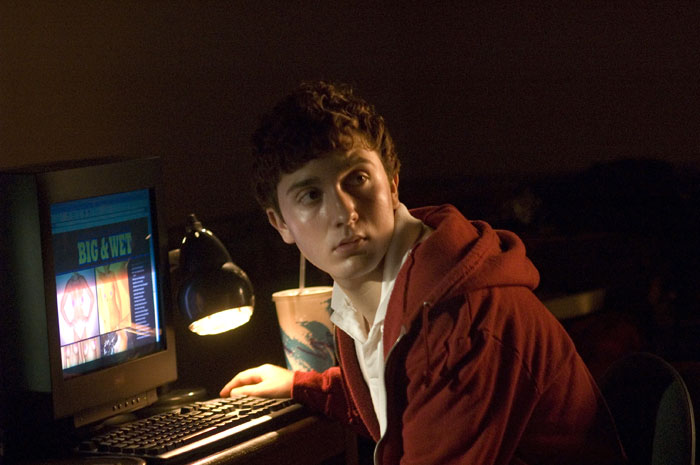 Being a dad can be hard business. Especially if you are a single parent and your son is the douchiest of all douches.

That is what is going on with Lance (Robin Williams). For all intents and purposes, Lance is a failed writer, he wrote several books but no one would publish them, so he is stuck being a high school English teacher. A lame English teacher too, as no one seems to be taking his poetry class and he might lose that. His son, Kyle (Daryl Sabara), is a sick fucker. He only has one friend Andrew (Evan Martin), he only talks about sex, he is rude to his dad, he doesn’t do homework, he gets into fights, and is just a general dick.

But yet, Lance is still surprised and saddened when he finds his son dead, an accidental suicide in an embarrassing fashion.

Lance didn’t want his son to go out like that. So he cleaned him off, changed his position, wrote a suicide note for him and thought that would be the end of it. But when Kyle’s “final words” start touching other students and gets recognition for being great writing, Lance can’t help helping himself to some of that fame and glory. Right? No. No, that would be scummy. 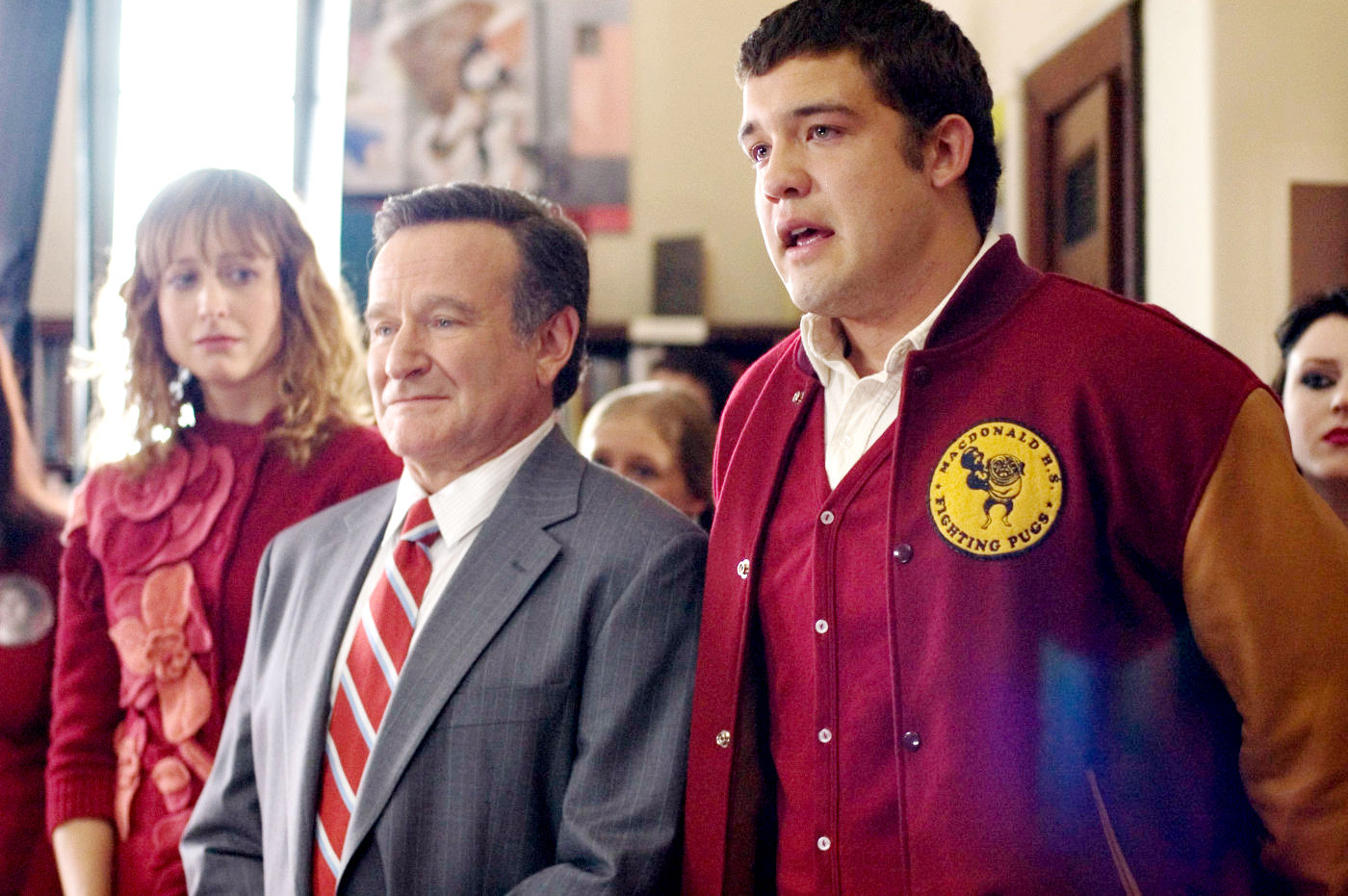 Wow. So, I can tell you I didn’t know the movie would be dealing with the actual subject matter of suicide. I think I would have still watched it, but I definitely didn’t see that coming.

This is now an incredibly hard movie to judge. I teared up a little bit during the scene where he found the body, I think more due to the topicalness of it all. It hit all sorts of hard. That happened multiple times during the movie. Separating the real life from the movie is just at this point impossible, I am forever biased.

I still liked the movie overall. A good black comedy can be hard to come by as they tend to not be the most popular genre to take over. The camera style was definitely similar to God Bless America, as was the subject matter.

I mean shit. If you wanted to cry about Robin William’s death, you’d probably want to pick between this one and Jack, given the storyline of that one. I am sure there are plenty more to pick from, but screw you, I want to just throw out Jack.

The film picks a dark subject matter and really gets deep into the subject so it earns chops from that. A little bit more in the ending might have been good to add on, but other than that, a well done movie. You will be missed Mr. Williams.